One thing that most smartphone users might not have noticed on their phones is the protection they have on top of them. It is worth noting that a normal display panel is very brittle and it can be damaged with just a gentle press.

So it is impossible to put the display right on your phone so there’s a protective glass between your phone’s display and your fingers. This glass is also said to be a protective film and is supplied by various companies but the most prominent one is Corning.

But this year, Corning has announced a new version of their glass with a new name. Corning’s latest Gorilla Glass is named as “Victus” and it will be seen protecting most of the smartphones in late 2020 and next year. It is to be noted that Apple iPhones also have Gorilla Glass so this protection can be seen on them as well.

Talking about the glass itself, Corning claims that its Gorilla Glass Victus can now handle “drops of up to two meters” which is an upgrade from last year’s 1.6m protection that Gorilla Glass 6 does.

Also, Gorilla Glass Victus is said to be able to handle 20 one-meter drops on average, once again an upgrade from Gorilla Glass 6 which could handle 15 drops from the same distance.

Corning also claims twice the scratch resistance on Victus compared to Gorilla Glass 6 which is the most important aspect because we see a lot of micro-scratches in phones nowadays.

Corning CEO says they are also working on a “germ-fighting glass, but that technology is not a feature of Gorilla Glass Victus”.

Corning also said to TheVerge that “at least one manufacturer realized that Victus is so much better than Gorilla Glass 6 that it’s opting to put a thinner layer of the new glass on its device instead of maximizing durability.”

Now, we are not sure who that manufacturer is but it could be Apple or anyone else who is scheduled for a phone launch later this year. 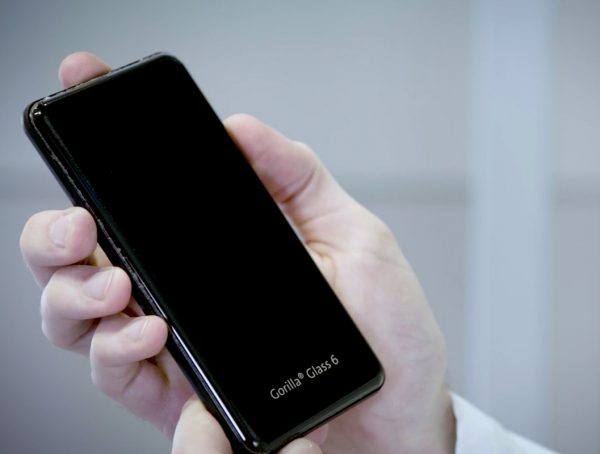