After weeks of speculations around it, Xiaomi has finally launched it’s high-end Redmi K30 and Redmi K30 5G. Filled up to the neck with plenty of features, high-end specifications, the phone is a powerhouse in a smartphone. With that being said, Xiaomi has launched Redmi K30 and it’s 5G counterpart while Redmi K30 Pro might be reserved for a later date that we will notify you. Here’s what you’ll find in both the devices.

Undoubtedly one of the best-looking smartphones, the Redmi K30 5G is the first to be powered by the latest Snapdragon 765G 5G SoC.

Talking about the device, it is the first smartphone from Xiaomi to get Snapdragon 765G 5G SoC with dual-band 5G coverage. This makes sure that your phone is able to connect to both standalone access (SA) and non-standalone access (NSA) networks for higher performance. The SoC is the world’s first chipset to be manufactured on 7nm EUV with an integrated 5G modem which takes the performance higher while dropping the power consumption by 35% when compared to a similar 8nm process.

The Xiaomi Redmi K30 5G sports 5G MultiLink three-way network in parallel and it can also connect with both 2.4GHz and 5GHz Wi-Fi at any time for faster uploads and downloads. Next up, we have the display which is a massive 6.67-inch LCD panel with a 120Hz refresh rate. It ensures super smooth transitions and scrolling across the apps and websites which is twice the usual 60Hz used in flagship smartphones today.

The device is equipped with a 20:9 slim aspect ratio that makes it elegant to hold the use, establish grip and use without any hassle. It has a double-drilling design or says dual punch-hole sensor at the front so relieves it from any notches while the smaller bezels add to the premium-ness of the device.

The back panel is way more interesting as it possesses a high-gloss tri-color 3D curved glass back with a Bright Eye around the vertical-aligned quad-camera setup that makes it look outstanding among the masses. Talking about the rear camera setup, it has Xiaomi’s first 64MP Sony IMX686 primary sensor along with an 8MP ultrawide with 120° FoV, a 5MP dedicated macro lens and a 2MP depth sensor that will allow bokeh and portrait effects when you click photos. 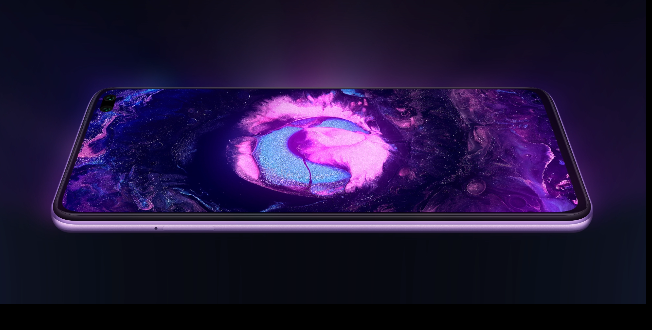 The front has a 20MP+2MP depth sensor with a panoramic mode that adds to its cavalry of features. The Chinese company made sure that a number of features including Car Key, Magic Change Day, etc will be available via OTA update. Finally, the device has a giant 4,500 mAh battery backed up with 30W fast charging capable of charging the battery to its full capacity in just 57 minutes.

To be honest, there isn’t much change between Xiaomi Redmi K30 and K30 5G. It does have the same display of a 6.67-inch LCD panel with a 120Hz refresh rate. The phone also has a similar 3D curved glass at the back with Bright Eye design around the quad-camera setup and possesses the same camera specs for both rear and dual front cameras.

A massive difference is a chipset in use i.e. Redmi K30 sports a Snapdragon 730G processor which is although a powerful processor, it isn’t as compared to SD765. Furthermore, the device supports LTE and not 5G so that’s a difference as well.

The phone sports a massive 4,500 mAh battery similar to its 5G counterpart but with a 27W fast charge that will juice up the battery to its full capacity in 68 minutes although under favorable conditions. The phone has the same quad-camera setup as said with a primary 64MP sensor with 5MP macro, 8MP ultra-wide and a 2MP depth sensor while the front has a 20+2MP configuration.