Well, there’s a handful of reports that there’s no OnePlus 10 Ultra or 10T Pro although we are certainly inching closer to the OnePlus 10T for sure. Thanks to the courtesy of OnSiteGo and HeyItsYogesh, we can now have a look at the high-quality renders for the OnePlus 10T on both front and back sides.

The OnePlus 10T can be seen in high-quality renders that show the front and back of the phone. The front comprises a giant edge-to-edge display with a punch-hole cut-out and subtle bezels around the edges. The back shows a tweaked back panel with the camera bump raised above the back panel with a slope on the bump that molds with the back panel. It is similar to that of the OnePlus Nord CE 2 5G although it is profound and continues throughout the 1/3rd of the back panel from left to right.

Note that these renders contain prototype material finishes which means it can change once the phone arrive officially. The rear camera assembly comprises three giant camera sensors with the fourth one taking a LED flash onboard. There’s a OnePlus logo at the dead center and that’s it. You get a power button on the right, and volume rockers on the left among others. 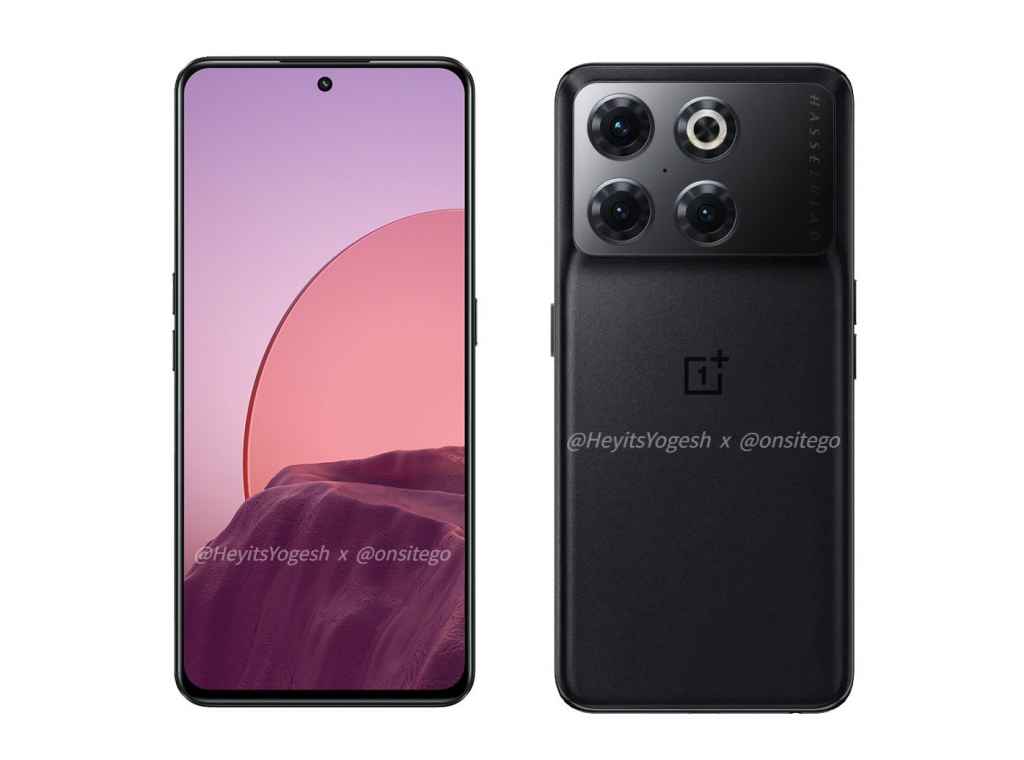 Moving on, certain reports put forward that onePlus 10T could be using a faster battery charging tech. In fact, we are talking about a 150W instead of 80W while the battery will get slightly smaller at 4,800mAh when compared to a 5,000mAh pack on a Pro model.

Speaking about the camera tech, the OnePlus 10T is likely to house a 32MP front sensor while the back comprises a 50MP primary shooter with OIS, 16MP ultrawide, and 2MP macro sensors. The primary cam has a [email protected] capability onboard. Of course, if this turns out to be true, we won’t get any telephoto sensors around so that’s a biggie for some.

OnePlus is likely to announce OnePlus 10T somewhere in July when it will be released in India and others while the pricing could be around $900 (or EUR900 or INR70,000). Of course, this is an estimate pricing and we will have to wait for more concrete pricing that should roll out any day.