Every month, we come up with a list of the top 10 best (both free & paid, old & new) apps from the realm of the Google Play Store. This is the December 2020 edition wherein we curated a list of top 10 apps that you must give a try. Some of them are known while some are very niche and you may have never heard of it. This is why we curated this list so that our readers will get new apps to try each month without stressing over which apps to try. 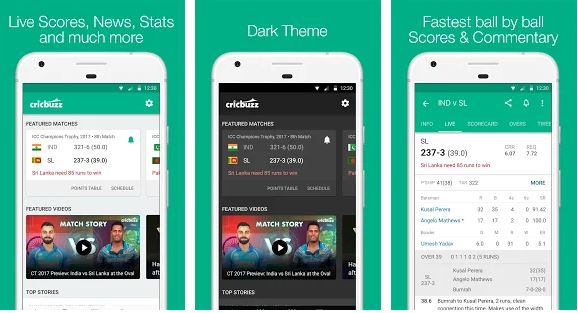 Download QR-Code
Cricbuzz - Live Cricket Scores & News
Developer: Cricbuzz.com
Price: Free
If you are a cricket fan, you must have Cricbuzz. You won’t live crickets match on it but it tracks scores and live commentary that you can read. Check out the schedules for upcoming matches and series be it IPL or ICC Cricket World Cup or Champions Trophy, you name it. You’ll find all the information related to the batting order, bowling order for any current match as well. You can even dig deeper to find scores and stats for previous matches on it. Moreover, it also covers international cricket events including CPL, BBL, Natwest T20 Blast just to name a few. 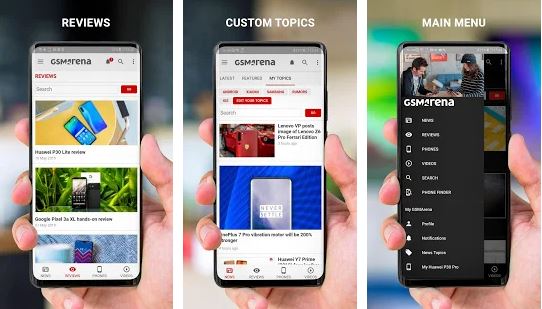 The app was not found in the store. 🙁
Go to store Google websearch
If you are into tech news and smartphones, there’s no better avenue for the content than GSMArena (except True-Tech wink*). The app has one of the largest phone specs databases you would find. The app gives you all the scopes, rumors, leaks, releases, launches, and all other bits of information about smartphones and more. You can read reviews before buying a smartphone, check out its photos and videos it can capture even before buying it. The app has a data saver mode if your internet connection is slow. You can comment on any news or specs chart to gain more information or point out bugs that you are facing. Get stories related to all devices with a massive photo gallery on-board GSMArena. This is one of the best Android Apps to try. 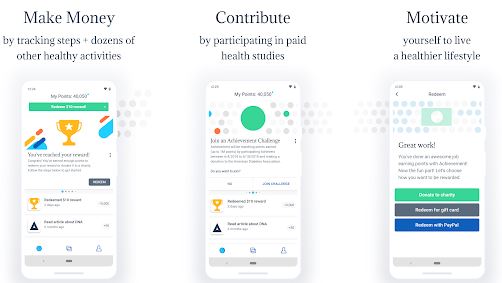 The app was not found in the store. 🙁
Go to store Google websearch
You’d never have imagined someone would pay you for walking, didn’t you? Achievement rewards you for tracking your activities such as tracking steps and dozens of other sports activities. Get paid for walking, jogging, sprinting, and more. You can even participate in its paid health studies by completing them and gaining the said rewards. Well, it also integrated Runkeeper and Samsung Health. You won’t get paid in cash or wire transfer but rather via Amazon gift card. For example, earn 10,000 points for a $10 gift card that you can spend on Amazon or elsewhere. 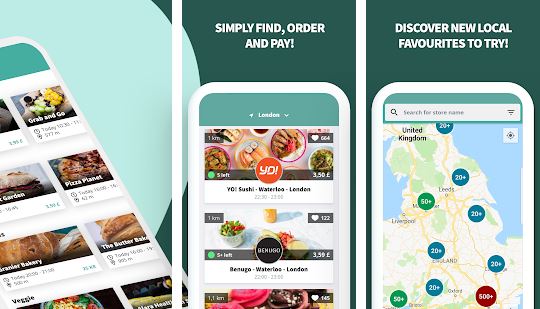 The app was not found in the store. 🙁
Go to store Google websearch
More than one-third of the food produced goes to waste every day. People are now taking steps to prevent food wastage. Daily, millions of tonnes of food are thrown away by bakeries, hotels, restaurants, and stores across the globe. That’s where Too Good To Go comes into play. It has a long list of stores, restaurants, hotels, bakeries, and other outlets. Feeling hungry? Simply log in, select the outlet, and purchase the food available at a cheaper price. You got your food at a cheap price and you and the outlet you select helped save just a bit of food that would otherwise have gone to waste. 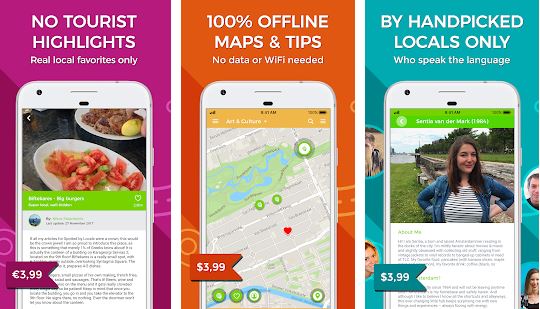 Download QR-Code
Spotted by Locals - 80+ city guides by real locals
Developer: Spotted by Locals
Price: Free+
Visiting a new place and want to see what locals recommend? Check out Spotted by Locals, an easy-to-use app that has no fake reviews, no underlying algorithms, and no fuss but just real stories and spots by locals who speak local languages. The app has a footprint across the globe in more than 80 cities with a community of spotters updating the database that you can search through. Get offline access to it without any hassle. You can add your spots too and navigate through the map in an offline manner in case if the network bars are nil. 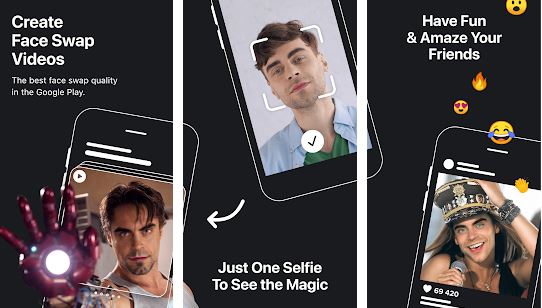 The app was not found in the store. 🙁
Go to store Google websearch
Have you heard of face-swapping videos and photos? Well, Reface lets you swap your face on someone’s body thanks to its futuristic AI that has featured in stories by Mashable, Forbes, TNW, etc. Reface takes your selfie, uses its intrinsic artificial intelligence to morph it with the face of the target video achieving an uncanny realistic feel to it. Prank with your friends, mess with anyone, or freak someone out, Reface lets you swap faces with movie characters, celebrities, and more in a cool and realistic-looking way unlike any of its competitors. It has been rated as one of the top 5 apps in 100+ countries so you know, it has prowess in face-swapping technology unmatched to any other rival.

The app was not found in the store. 🙁
Go to store Google websearch
Have you ever thought if there was an app that allowed you to access your PC from your Android smartphone? If that’s something in your mind, Chrome Remote Desktop is the answer. It lets you manage your PC where you need to set it up on the PC first. Once it is done, simply connect your phone to the PC in question, and bingo, the computer is now on your smartphone. You can set up multiple PCs and computers and access them individually without ever touching the computer whatsoever. There are prerequisites that the computer must allow remote access and must be online too. 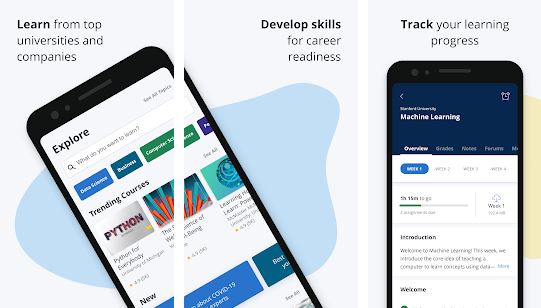 The app was not found in the store. 🙁
Go to store Google websearch
Set out on a journey to discover east and north with Coursera. It has a base of 2000 courses available across various specializations developed by more than 140 colleges and universities across the globe. Right from streaming lectures to earning certificates to degrees, Coursera offers it all. You can check out its endless list of courses in disciplines like Business, Art, Sciences, Data Science, Computer Science, and a hundred others. You can join in free and pay for the course you what or subscribe to any specialization without any hassle. 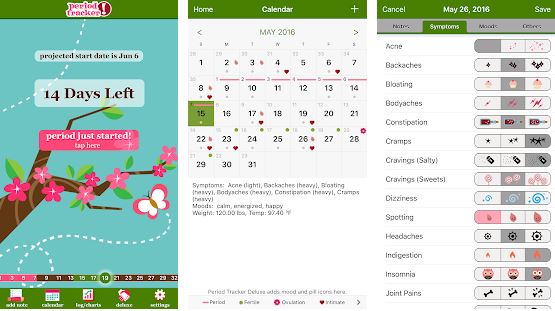 Download QR-Code
Period Tracker
Developer: GP International LLC
Price: Free+
Period Tracker app on Google Play Store lets you track yours or someone’s period. Updates the dates, takes notes on symptoms, moods, and other required input. The app will take three months to predict the next menstrual cycle. It will also predict the expected period of ovulation by overlaying flower wallpapers on the home screen. It is easy to use, fuss-free way to track periods with an “X days left” counter on the home screen. Note that it predicts projected dates and may have some inconsistencies here and there so just keep a tab on it. 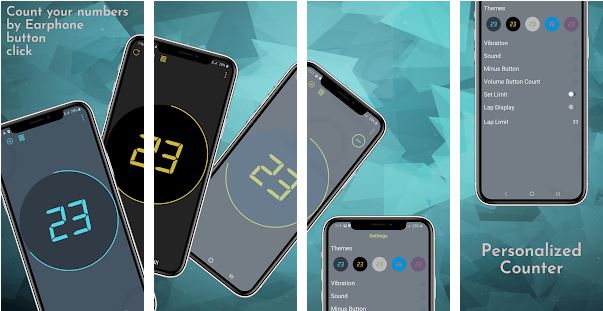 The app was not found in the store. 🙁
Go to store Google websearch
Chanting something? Need a digital tally counter to count something? Digital Tally Counter is at your service. It lets you count from 0 to above simply by tapping on the screen once. You can have multiple items in the list to count for individually on this app. Tap on the reset button and the counter resets to zero. Add as many counters as you require simply by tapping on the ‘+’ icon, name it and save it Although the app has ads to counter with, it is still a worth app if you often want to keep a count of something handy and that may not be the case with a physical counter. It is a multi-purpose counter so use it according to your needs.

And that concludes our list of the top 10 best Android Apps for December 2020 that you must try. 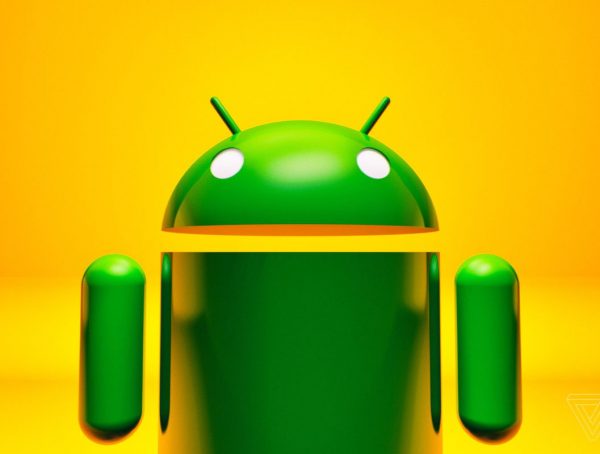