We have seen how Apple has emerged out to be the biggest newsmaker in this lockdown period because of its product roadmap of this year and the next. This is to say that we will see the next generation of iPhones later this year along with new Macbooks as well as iPad across the lineup. While the iPad Pro was recently released by the company along with a new Magic keyboard, we are waiting to see upgrades on the iPad Air, iPad Mini and the regular iPad.

So just in time, we have new investor note from Ming Chi-Kuo which reveals the iPad plans from Apple. Kuo reveals that Apple will launch a new 10.8-inch iPad later this year along with a 9-inch iPad Mini as well. Ming Chi-Kuo also believes that the 10.8-inch iPad will be launched by Apple sometime in the second half of this year which means it will follow the September/October launch timeline. While the iPad Mini with a 9-inch display will be coming in H1 2021.

However, we are not sure if Kuo is referring to the baseline iPad having an upgraded 10.8-inch display or an iPad Air with 10.8-inch display rather than the 10.5-inch panel on the previous model. If you ask us, we are in favour of the former being true and we are likely to see trimmed down bezels on the baseline iPad from Apple. It is also because Kuo would have mentioned an iPad Air but he just mentions “iPad” in his investor notes.

Regarding the iPad Mini having a 9-inch display, we are likely to see reduced bezels on that model as well which will be coming next year. As far as the iPad Air is concerned, it is already said to be having a redesign similar to the iPad Pro with narrow bezels on all four sides and in-display Touch ID rather than Face ID as seen on the Pro models.

Kuo also notes that these “two new ‌iPad‌ models will follow iPhone SE’s product strategy, and selling points will be the affordable price tag and the adoption of fast chips”. It basically means that Apple will make these iPads even more affordable while giving them more power in the form of Apple A12 chips. Adding to his notes, Kuo mentions that “affordable models account for 60–70% of total ‌iPad‌ shipments” showing that these models are quite popular than we think. 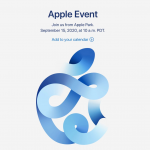