The phone is amazing and blazing fast but does have a few pesky things that mess it up a little bit. Overall, it’s a decent buy!

The Zenfone 3 lineup was received as a wonderful flagship provision from Asus, portraying their very own vision to curb the budget smartphone market to enter the upper-level Apple-Samsung league. And with this goal in mind, Asus has embarked solid design, build, performance, and speed through their smartphones of this year. Well, I got a chance to play around with the Zenfone 3, and here’s my full review! Let’s find out if the Zenfone 3 is really worth the prize bump. 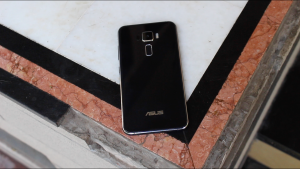 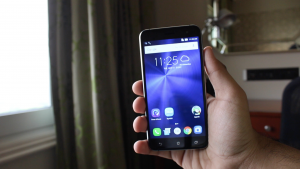 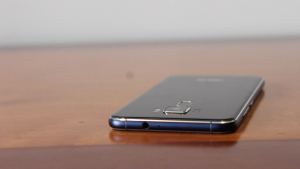 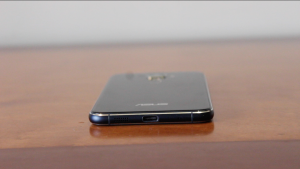 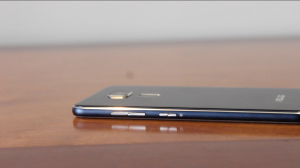 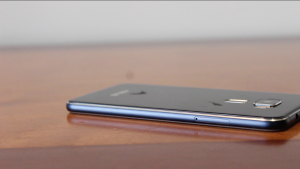 The Zenfone 3 boasts an excellent build, coming in with an IPS+ 1080P screen with 2.5D glass and protected by Corning Gorilla Glass 3, which is topped by an 8-megapixel front-facing camera, the earpiece and a couple of sensors. Whereas, the capacitive keys lay below the display and still lack the back-light capacity. Which is a compromise, in my opinion. For the main camera, the phone possesses a 16-megapixel camera on the rear, accompanied by the laser/PDAF autofocus and a fingerprint sensor that performs blazing fast,Â Below lays an Asus branding as well. Now, beneath all of this, lays another 2.5D glass coating on the back that wavers in colour, in typical Asus circular fashion.

Taking a look at the edges, the headphone jack and the secondary noise-cancelling microphone can be located on the top of the phone, while the USB-C fast charging enabled port, and the primary mic can be located at the bottom edge of the phone. As usual, the power button and the volume rockers with the signature Asus texture can be found on the right edge, with a hybrid sim slot located on the opposite side.

The first glance at the phone always mesmerized me with the enthralling combination of Â 2.5D curved glass that the phone clad almost all over itself, especially the back one, with the colour-wavering signature circular pattern, and with the black metal frame that runs across the edges. Not only does it look mesmerizing but also provides a very premium feel on the hand.Â Kudos to Asus for using high-grade materials on the build, which compliment the overall elite design and build. With that being said, the phone is extremely slippery and requires to be dealt with extra care.

However, there are quite a few flaws in the design. To begin with, the rectangular fingerprint sensor steals the charm of the design in my opinion, consequently hindering the overall appearance of the phone. It appears as if the rectangular shaped sensor was somehow forced into the design language. I believe a squarish sensor might have looked more appealing and attractive. The second flaw is the missing non-backlit capacitive keys on the phone and huge bezels. Even at a larger prize point, Asus hasn’t introduced backlit keys and neither have they reduced the size of the bezels, subsequently increasing the overall size of the phone.

The display lays centered within the large bezels, though not being obstructed at all. The display is a 1080P panel, which seems quite ample for the price tag. And, there’s, of course, no reason to call it a bad display panel as well, the colorsÂ presented are vivid and beautiful, it gets adequately bright outdoors and also possesses sufficient sharpness. Nevertheless, if Asus is looking forward to contending with other devices in this price range, the phone did surely deserve an upgrade. 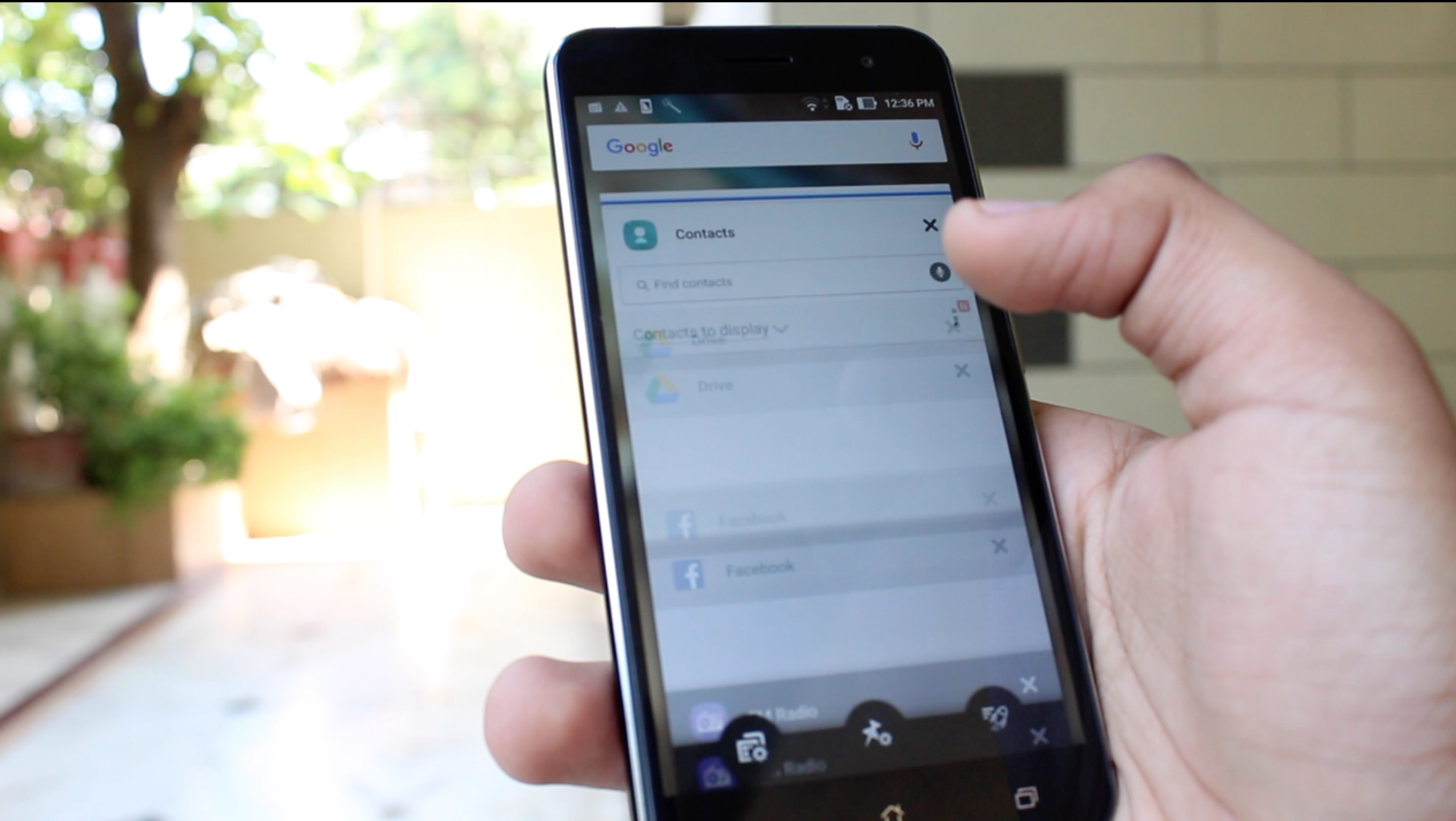 Asus sent me the 5.2-inch variant which brought with it anÂ Octa-core SnapDragon 625 SoC, Adreno 506Â GPU, and a 3GB RAM. At first sight, it might look quite substandard on the spec sheet. But, it was wrong on my side to underestimate the phone, after all, on the contrary, the phone performed surprisingly well! That’s still an understatement, the phone, actually performed extraordinarily! I tossed in a couple of graphic-intensive games on the phone from our list of the most graphic intensive games of the year, and the phone handled them flawlessly. Not to mention, that the phone never warmed up to an unbearable degree. Kudos to Asus, once again, for choosing the SnapDragon 625,Â the chipset that’s specially developed to handle overwhelming activity on your phone without overheating at all. Click here to learn more about it. Apart from the gaming, the phone had almost no stutters or hiccups on my daily use, apps opened quickly and tasks were handled fluidly.

The SnapDragon 625 is also widely known for its power-efficiency. Which can easily be construed through Zenfone 3’s battery performance! The 2600mAh battery didnâ€™t sound quite promising initially, but turns out, itâ€™s the total opposite of what I used to think. On my daily use, the Zenfone always lasted for a full day, and most of the times I ended up having 5% to 13% battery life on the phone. According to me, the battery life, compared to my heavy usage of the phone, was quite decent, probably a B+ in grades. And, the fast charging capability on the phone was a really good addition, which means, I didnâ€™t have to leave the phone charging overnight. 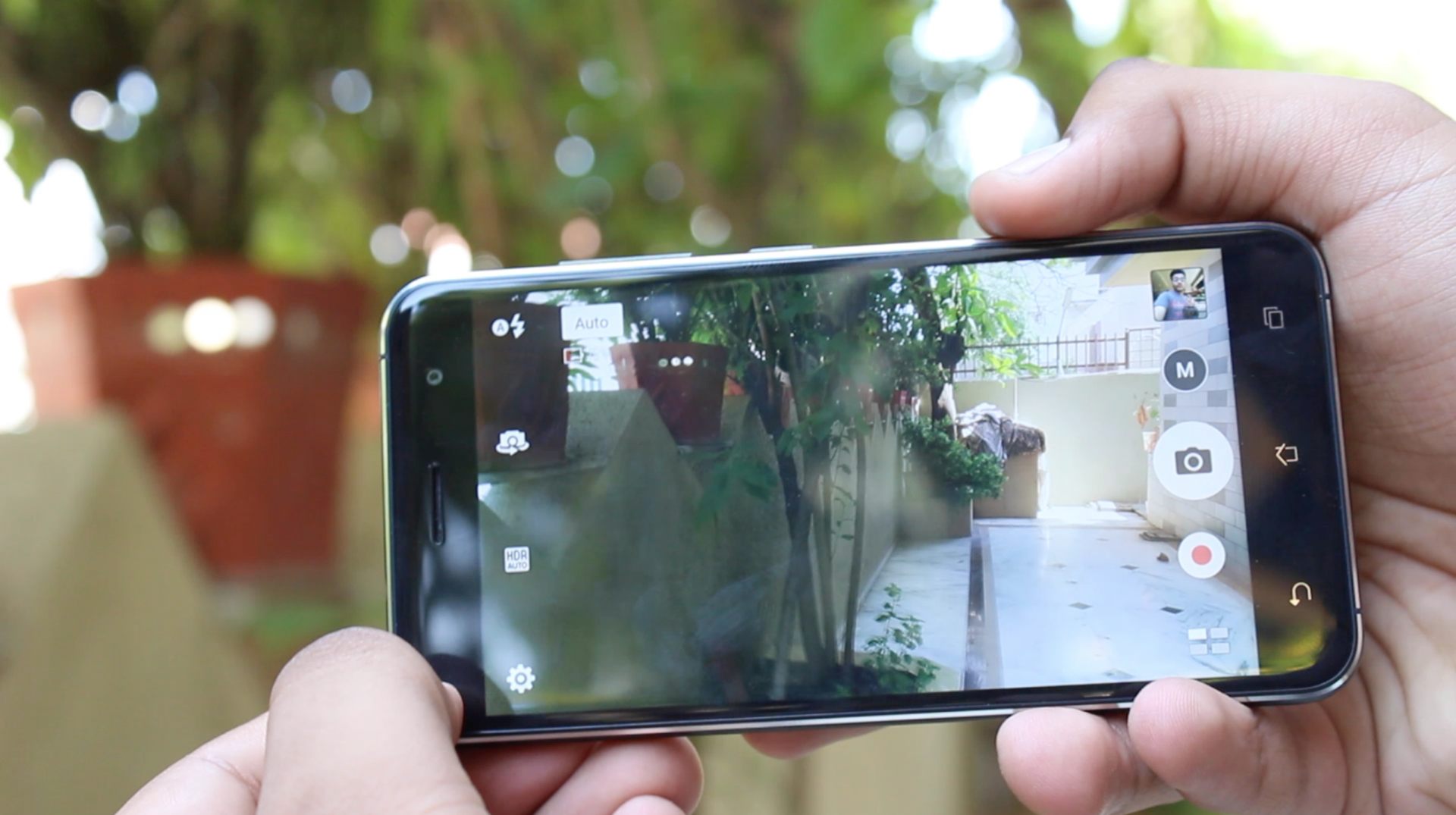 As usually observed, a large camera sensor on flagships can either totally end up disappointing the user or bring amazing camera quality. But, luckily, the Zenfone does the latter. The phone features a Sony 16MP sensor with 4-axis OIS alongside a wide f/2.0 aperture. It also features laser and phase detection auto focus. The photos taken from the camera turn out to be quite sharp, and have a considerable amount of detail. Even the colours seem to be true-to-life. However, the dynamic range isnâ€™t that impressive. Well, that was under well-lit conditions, therefore moving on, under low light, due to the optical image stabilisation, the photos remain quite sharp and full of detail, however, sometimes a lot of noise starts to seep in. Nevertheless, the night mode in the camera helps to reduce the noise, but again ends up reducing the sharpness of the image as well.

Talking about the video on the back camera, 4K video turns out to be amazing and vivid in colour. Also, the OIS seems to work efficiently. Asus also has provided a manual mode for the camera fanatics out there, which turned out to be quite decent on my try. Apart from that, the camera doesn’t auto-focus in the video mode, which is a bummer in itself. But I believe a software update can fix that easily. (Not being a camera guy, I might have missed on a couple of nuances here and there, so pardon me for that.)

Coming to the front-facing 8MP camera, it is wide-angle lens that captures a good amount details as well. Turns out, it performs equally satisfactory as the main sensor under decent lighting conditions, however does bring in a little bit of noise and grain under low light.

Photos taken from the Zenfone 3’s camera, in their full glory:

These images were taken using Zenfone 3, for review purpose. Do not use them elsewhere without permission.

Letâ€™s discuss what software does the phone run. The Zenfone 3 brings Android Marshmallow 6.0.1 out of the box, and not nougat. On top of which, of course, Asus has implemented their ZenUI skin, that hasn’t gained any significant changes from the last iteration. I just simply donâ€™t enjoy it, which is why I installed the Google Now launcher. Besides, the phone has quite a few pre-installed apps, and luckily they can be either disabled or uninstalled.

The bottom line here is that the phone is really good in terms of the camera, performance and the build quality. However, a few modulations here and there makes the phone sound a little unconvincing for the price point of Rs.21,100. Well, again, donâ€™t misunderstand me, the phone is actually amazing and blazing fast, but does have a few pesky things that mess it up a little bit. Overall, it’s a decent buy, and you may purchase it from the links mentioned below.

Amazon US | Amazon IN 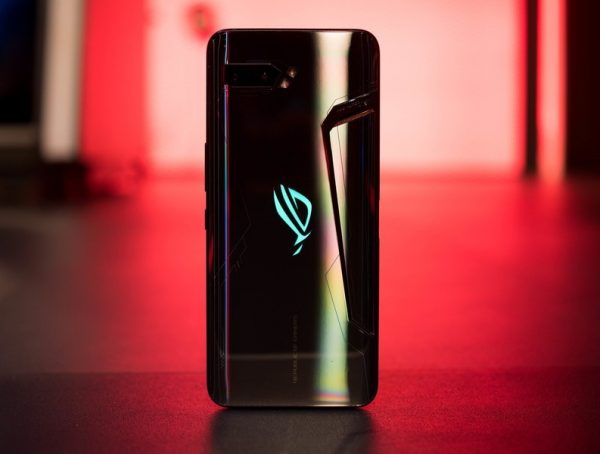 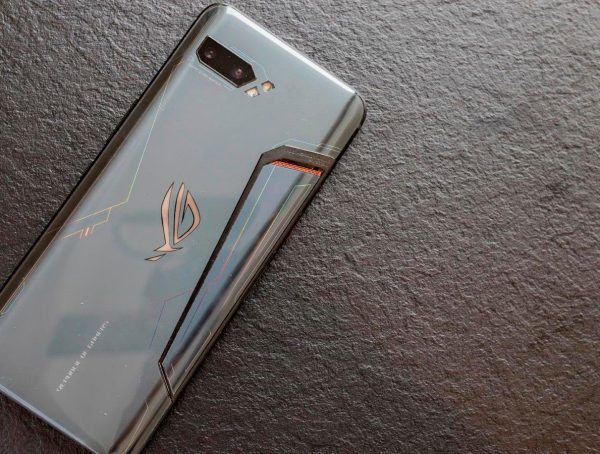