OnePlus 7T Pro is now available in India at INR53,999 on Amazon

OnePlus 7T Pro is officially and available for sales in India tomorrow on Amazon. The Chinese smartphone maker launched OnePlus 7T Pro on October 10 globally marking its entrance two weeks after its non-Pro OnePlus 7T launched in India on September 26.

Apparently, OnePlus 7T Pro marks one of the smallest increments over its non-T variants (OnePlus 7 Pro) with little to make it different. Starting with the display, 7T Pro packs in a 6.67-inch QHD+ notchless fluid AMOLED display with a 90Hz refresh rate much like OnePlus 7 Pro. Although not much has been changed, OnePlus 7T Pro has received Qualcomm Snapdragon 855+ SoC which is an overclocked version of standard Snapdragon 855 SoC and offers a 15% better performance. Although this might not reflect much of an upgrade in real life, it is still an improvement over OnePlus 7 Pro and more power isn’t bad no matter what.

The device gets Android 10-based OxygenOS 10 out-of-the-box unlike its predecessor OnePlus 7 Pro which is also getting the update now. OxygenOS is considered one of the most fluid and smooth custom UI and thanks to the virtue of OnePlus’ practices, you can expect a lot of future updates that come through on OnePlus devices so OnePlus 7T Pro won’t be an exception. 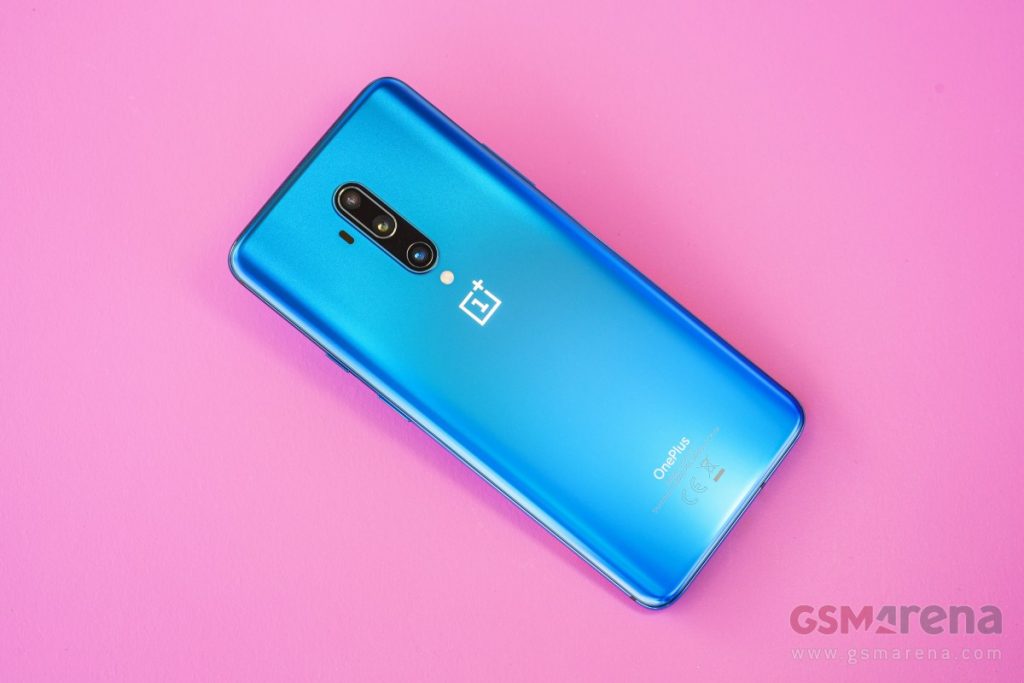 Another massive upgrade is its camera setup which although consists of a similar triple 48+8+16MP sensors, but the telephoto sensor can snuggly capture photos at 3x optical zoom compared to 2x zoom on 7 Pro. Apart from that, OnePlus 7T Pro enjoys macro photography aided with new hardware design so it won’t make it to OnePlus 7 Pro.

Furthermore, the device has a massive 4,085 mAh battery which is 2.1% larger than its standard model along with a faster Warp Charge 30T technology which is tested to offer to charge at a 23% faster rate than its 30W Warp Charge available with OnePlus 7 and 7 Pro.

The design hasn’t changed a bit so if you have cases for OnePlus 7 Pro, you can pretty much use it with your OnePlus 7T Pro although there’s a catch. OnePlus has moved the laser autofocus placed within the camera bump to its left outside the camera ring so unless you don’t wanna use the autofocus feature, you will have to get a new case for it. Apart from that, OnePlus 7T Pro comes with a single Haze Blue color variant that has a lighter hue than both Glacier Blue and Nebula Blue.

There’s not much of a change in the specs and other aspects apart from the ones listed above. OnePlus 7T Pro will be available in a single configuration i.e. 8GB + 256GB at INR53,999 which is around $760. The device is expected to be available worldwide by October 18.