Exclusive: OnePlus 5 To Launch With 4000mAh Battery and 3 Colour Options

NOTE: Leaks are leaks, please take them with a pinch of salt. These leaks are neither endorsed nor guaranteed by TrueTech. This leak purports the battery to be 4,000mAh while the majority of rumours suggest a 3,300mAh, which makes it dubious. So again, take this leak with a pinch of salt.

With just a couple of days left for the international launch of the OnePlus 5, more and more details of the flagship killer are coming out in the form of leaks. The latest one comes from our source who has conveyed the battery capacity and colour variants of the 2017 flagship killer through this leak.

As per the information provided, the OnePlus 5 will sport a battery of 4,000mAh, putting all the confusion about its battery capacity to rest. Besides this, the three colour options that the OnePlus 5 will be available in have also been detailed to be Slate Grey, Soft Gold, and Deep Black. The Deep Black colour is reserved for the 128GB storage variant of the phone, according to the source. 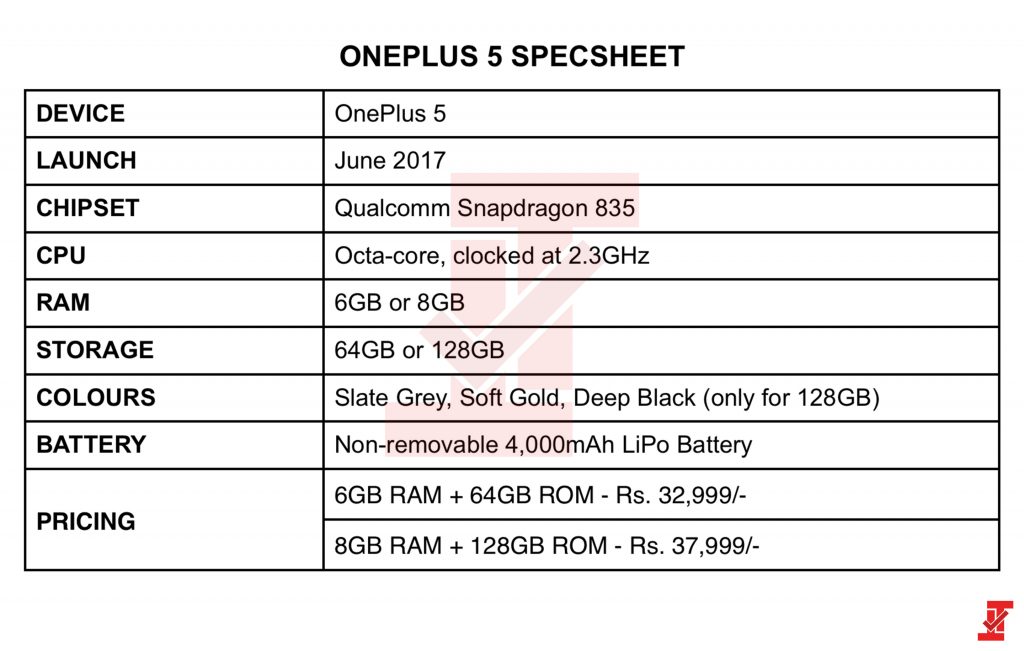 Talking about the storage variants, the source has confirmed the two variants of the phone – one with 6GB of RAM and 64GB of internal storage and the other with 8GB RAM and 128GB of internal storage. It is the same source that exclusively provided us with the Indian pricing details of the OnePlus 5.

We had reported a few days back that the OnePlus 5 will be priced starting Rs. 32,999 for the base 64GB storage variant. The variant with 128GB internal storage was to be priced at Rs. 37,999.

True Tech also reported about a few pictures taken from the OnePlus 5’s camera, twice. The first set of images reported back in April indicated the presence of a dual-camera setup, which OnePlus recently confirmed via a teaser image.

The other set of camera samples leaked earlier this month suggesting that a monochrome sensor could be present. The camera resolution, however, is still not confirmed. There is still a confusion whether it would be 20MP or 16MP; the detail should be confirmed when the OnePlus 5 is made official.

OnePlus will announce the phone on June 20th, while the India-specific launch event is scheduled for June 22nd. The OnePlus 5 will go on sale in India on the same day as an Amazon exclusive device. 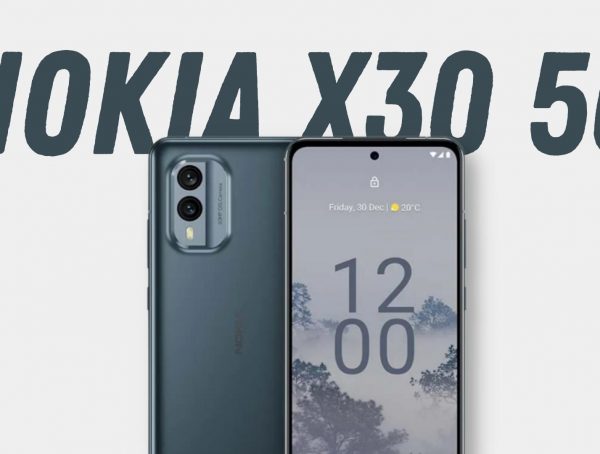 HMD Global, the parent company of Nokia, launched an array of new smartphones at the recent IFA 2022. The X-series …