OnePlus 11 5G made headlines quite a lot of times ahead of its launch. Cut to now, it has officially launched in China as a fully-fledged flagship device with the latest chip, improved Hasselblad cameras, fastest RAM and storage to name a few.

OnePlus 11 5G Specifications: Everything You Need To Know

The OnePlus 11 5G made it to the Chinese market with a bang. Partnered with Hasselblad for cameras, the flagship phone is equipped with the latest specifications in the business.

As already evident by the countless leaks of renders ahead of the launch, OnePlus 11 5G looks absolutely the same as believed. It features a vibrant punch-hole cut-out tall display at the front with thin bezels. A circular camera setup is embedded onboard housing triple cams with the bump connected to the left side of the frame. It looks more like Samsung Galaxy S23 Ultra minus its rectangular camera bump. 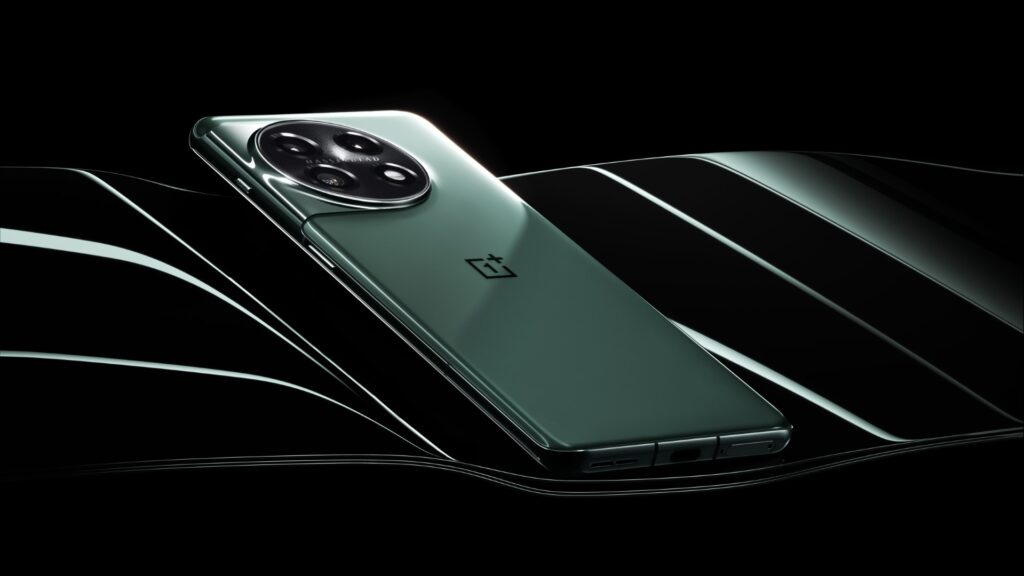 The rear panel, of course, is made up of glass. You can choose between two major colorways – Black and Green where the former is matte while the latter is with a glossy finish.

From what’s within the chassis, let’s focus on the display. The OnePlus 11 5G uses a 6.7” LTPO 3.0 AMOLED 1440p display. It got a variable refresh rate between 1Hz to 120Hz with 100+ apps promised to offer granular support. The display mounted on top of OP11 is all-decked up with thin bezels and a tiny punch-hole to the top-left corner.

The limelight goes to its noteworthy Snapdragon 8 Gen 2 which operates at its maximum capacity. In turn, the Chinese manufacturer won’t throttle its performance to keep thermals and battery life in check. OP11 has 12 or 16GB LPDDR5X RAM along with 256 or 512GB of UFS 4.0 storage. 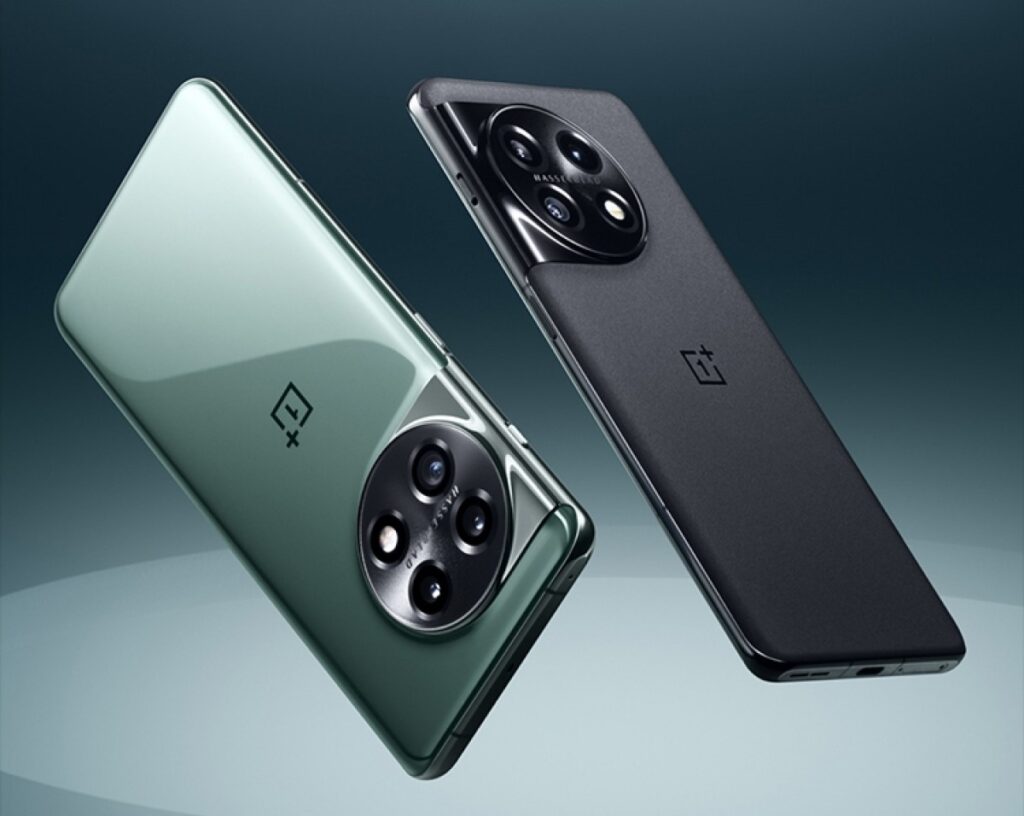 As usual, OnePlus 11 5G debuted with the latest flavor of Android OS. It is loaded with ColorOS 13 on top of Android 13 for the Chinese market. Of course, the global variants will pick up OxygenOS 13 instead which comes

On the optics side, the OnePlus 11 5G gets the best of the lot for its segment. There’s a 50MP Sony IMX890 primary camera with OIS and multidirectional OIS. A 48MP Sony IMX581 secondary ultrawide snapper with autofocus. It doubles as a macro camera too.

Lastly, we have a 32MP Sony IMX709 2x telephoto that completes the rear camera setup. All the cameras are calibrated by Hasselblad so you will discover the hidden ace photographer in you with the OnePlus 11. Additionally, a 16MP snapper sits on top of the display giving stunning selfies.

Battery & All Other Features

On the battery front, you get a whopping 5,000mAh powerhouse that should keep it alight for a day even with the heaviest usage. Moreover, you get a speedy 100W fast charging tech that will charge your device in an instant.

Talking about the features onboard, the OnePlus 11 5G gets the latest of all – Wi-Fi 6, NFC, 5G, 4G LTE, Bluetooth v5.3, Spatial Audio, Dolby Atmos and you name it. The flagship also has the largest X-axis vibration motor onboard at 602 cu.mm as per OnePlus.

Based on the current exchange rates, the prices correspond to Rs 48,000/-, Rs 52,975/- and Rs 58,700/- in INR respectively. Note that these pricings are primarily for the Chinese market. Its global pricing will be available on February 7 when the flagship device launches globally.

Pre-orders for the same started as early as the launch followed by sales on January 9th (Monday). You can go to Oppo Stores and third-party retailers in the country.

In just two hours after the OnePlus 11 5G launched in China, the phone broke its pre-sales record. OnePlus China President Li Jie took to the internet to share the glaring success the flagship phone made mere minutes after it made its debut. The phone was “sold out” in mere seconds.

There’s no Pro since the OnePlus 11 5G is the Pro version rebranded as one. The phone is set to make its debut on the global markets on February 7.