Oppo just added another affordable smartphone in its lineup. Summoned as Oppo A55 5G, the device sports a MediaTek Dimensity 700 SoC under the hood along with a giant battery and a giant display.

As per the specs are concerned, the device sports a giant 6.5-inch LCD H+ panel with a 60Hz refresh rate. The display is tall although you will get a considerable chin and bezels around the hood. A V-shaped notch gives you a 8MP selfie shooter with an aperture of f/2.0. Under the hood, you will find a powerful Dimensity 700 SoC with Cortex-A76 cores running at 2.2GHz (2 cores) while the other six are power-efficiency Cortex-A55 cores running at 2GHz.

Oppo A55 5G sports a triple rear camera setup arranged as a vertical stack on a rectangular camera bump. It sports a 13MP primary wide-angle shooter along with a 2MP macro and a 2MP depth sensor capable of shooting videos at [email protected] 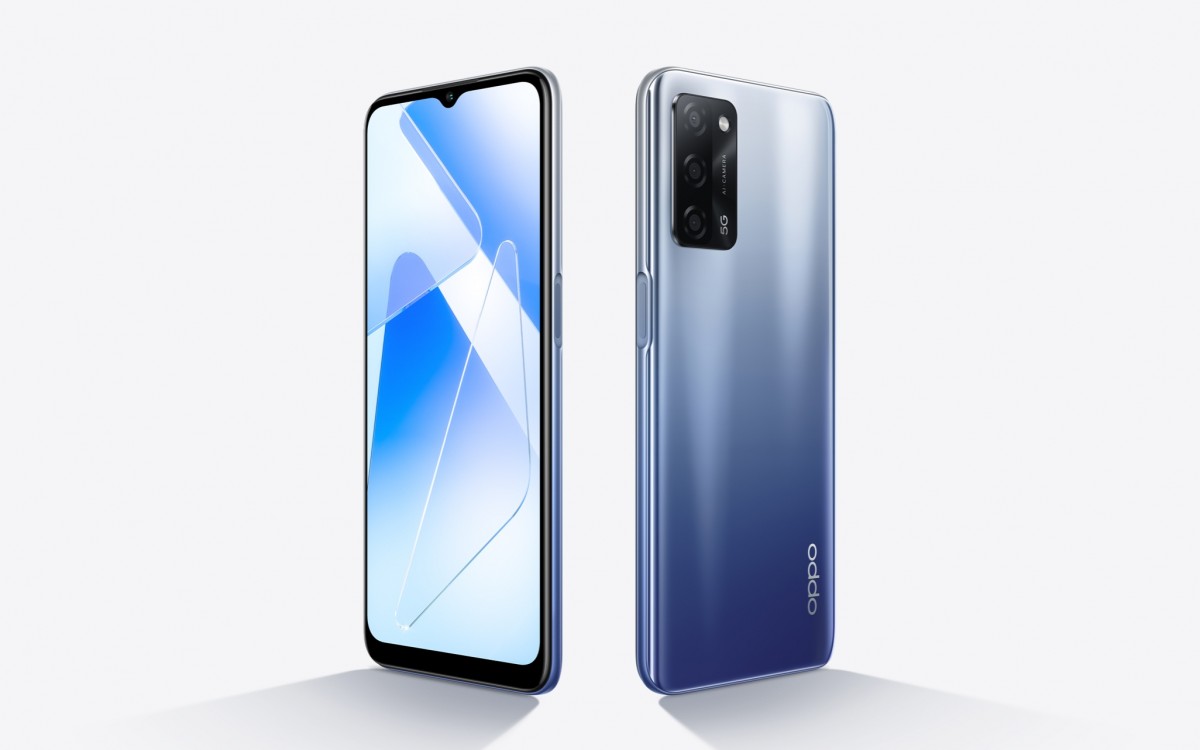 Oppo A55 5G runs on the latest Android 11-powered ColorOS 11.1. Next up, we get a whopping 128GB of storage with a microSD card slot available while it has a 6GB RAM on-board which is great for multi-tasking and more. It has a colossal 5,000 mAh battery under the hood that comes with a 10W charging tech. To get a USB-C port which is a relief to be honest. You also get a 3.5mm headphone jack and a fingerprint scanner mounted on the side that doubles as a power button as well.

Furthermore, the device sports Wi-Fi 802.11 a/b/g/n/ac dual-band with Wi-Fi Direct and also Bluetooth v5.1 A2DP with LE and aptX HD. Finally, the device supports GPS with all major navigation systems including QZSS, BDS, GALILEO, GLONASS, and A-GPS. Above all, it supports 5G as well with ands 1, 28, 41, 77, and 78.

Available in Blue and Black, the phone is available in China at a price tag of CNY 1,599 which translates into $245 and it is available with major online retailers as well such as Suning and Tmall.