Ever since the European launch of Poco X3, the smartphone arrival in India has been teased quite heavily but there is no official launch date and confirmation. Recently, Poco took it to its Twitter handle and confirmed that they will launch the Poco X3 in India on September 22. The launch event will completely take place online just like any other tech event of the recent times. The device will be launched at 12 PM and apart from that the tweet also confirms that the device will be made available via Flipkart.

It’s time to redefine #SmoothAF.Get ready for the #POCOX3. Arriving on 22nd September at 12 noon on @Flipkart.To know something that you don’t, visit here: https://t.co/NSmwqs6yLY pic.twitter.com/lbeTQfpK9m

The tweet furthermore provides a link to the Flipkart landing page. The Flipkart landing page gives us a clue that the Poco X3 will come with a few changes contrasting the European variant. As far as this landing page is concerned it only confirms a few specifications around the device. The Poco X3 comes with a 6.67-inch full HD+ display with a 120 Hz refresh rate and the display also supports the Dynamic Switch feature to switch between 60 Hz, 90 Hz, and 120 Hz depending on the content.

The device is powered by Qualcomm Snapdragon 732G processor along with Adreno 618 GPU and comes with 6 GB of RAM and 64 GB of ROM and 6 GB of RAM and 128 GB of onboard storage. But then again, there are chances that we might get another variant in India. As for the cameras, the device comes with a quad rear camera setup with 64 MP primary sensor which is a Sony IMX682 sensor which is the same sensor used on Redmi K30 Ultra and recently launched Realme 7 Pro. The secondary sensor is a 13 MP ultra-wide unit and it is not worth talking about the other two cameras. 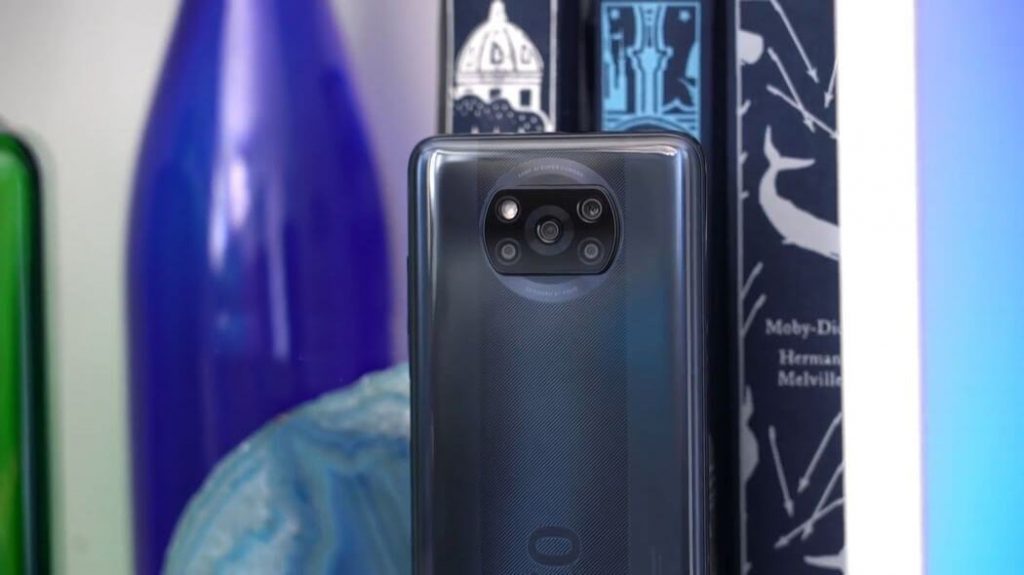 The camera application supports various other features such as AI Skyscraping 3.0 mode, Kaleidoscope mode, Pro Mode, Good Vibes mode, and Cyberpunk mode, and other general modes like Portrait mode, and a lot more. All this is backed by a 5160 mAh battery with a support for 33W fast charging. The device runs on Android 10 grounded on MIUI 12. The device comes with a side-mounted fingerprint sensor, IP53 certification, USB Type-C port, NFC, and a lot more. The device will be launched in Shadow Grey and Cobalt Blue colours options. As far as the pricing is concerned, Poco X3 is expected to release under Rs. 20,000.