As technology progresses, the budget smartphone is becoming more competitive than ever. Even cheaper smartphones have specifications that put older generation flagships to shame. While big companies lag behind, some lesser known Chinese manufacturers have gotten reputations for giving the best bang for your buck. Doogee is one of those companies and with the BL5000, they’ve produced a smartphone that sounds great on paper. However, let’s see how the device really stacks up. 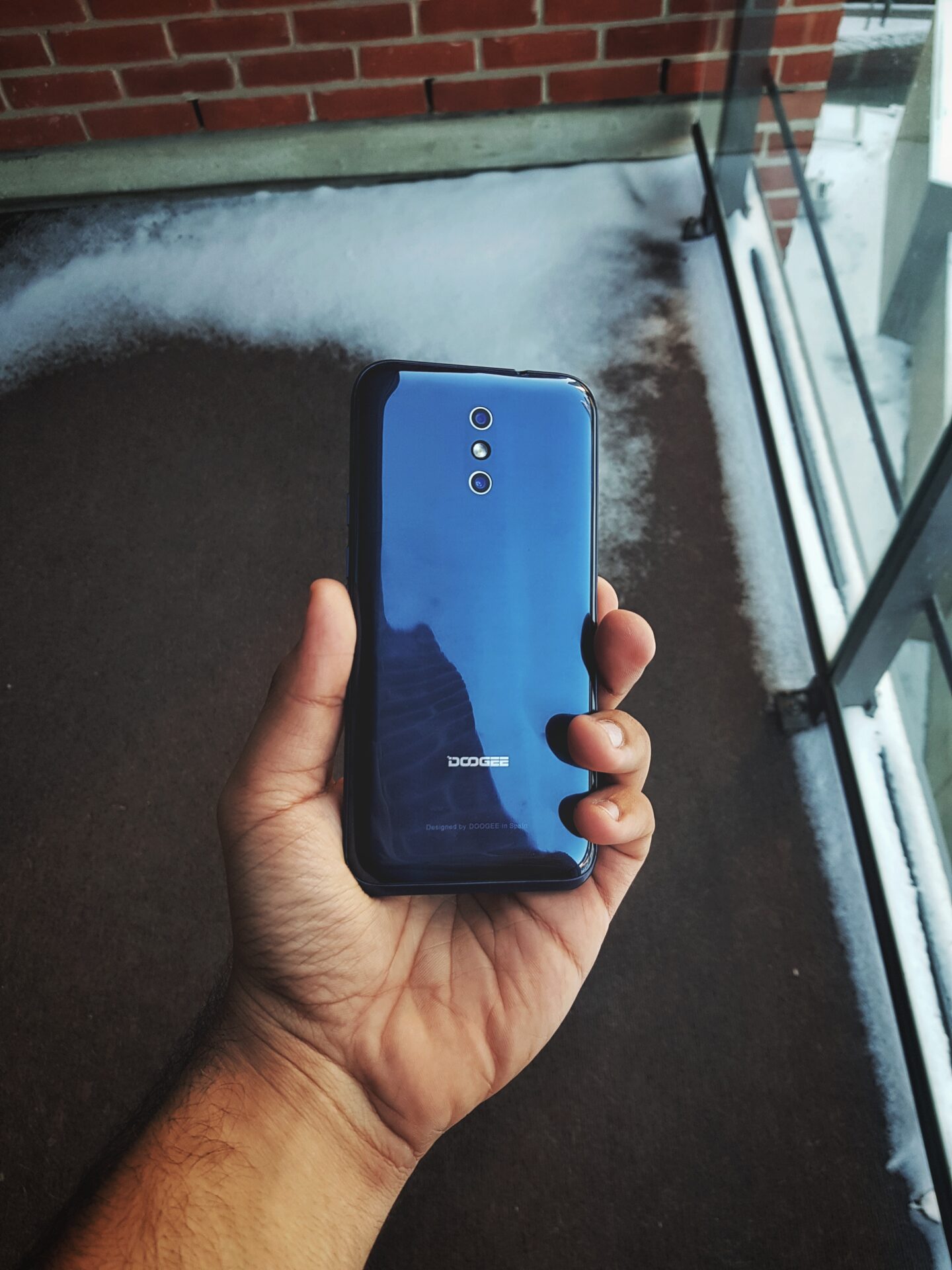 The design of the BL5000 clearly leans towards the current trend of curved edges and screens. The edges of the phone are to an extent “bezel-less” and it has an aluminum casing. While the device is a bit hefty at 210g and 10.3mm isn’t the slimmest, the phone feels firm in my hand. However, this may be a problem for those who prefer lightweight devices. Another thing to note is the hidden bezels. The bezels appear thinner than they actually are. While they are still not huge, the hidden bezels look out of place.  The device is available in Gold, Blue, and Black color and has all of the basic sensors. One thing to note is, there is no notification LED. So, it should be noted if you can compromise on owning a phone without one.

The smartphone manages to pack in a hefty 5050mAh battery, which should provide ample juice to get you more than just a single day. The battery isn’t removable, like most other phones these days. Also, quick charging support is included for faster charge times. The device has a Full HD 1080P display, which has a maximum brightness of 650nit. This screen surprisingly good considering that the BL5000 can be had for less than $190. It is readable in sunlight and looks crisp. The device also includes Gorilla Glass 5 for protection against scratches.

The speaker setup is similar to that of iPhones. There is a loudspeaker on the right side of the bottom. A microphone is located on the left side. In terms of sound quality, the speaker is sufficiently loud not but not the best at handling highs and lows in music.

The fingerprint reader is the only physical button on the front. Other phone buttons like the back button or the multitasking button are programmed as on-screen buttons. The fingerprint sensor is pretty accurate but not as quick as other higher end phones. You can definitely notice a lag between the times you put on your finger on the sensor till the time the screen unlocks. However, just having a fingerprint sensor for this amount of money is a blessing on its own. The rest of the buttons (lock and volume) are located to the right side of the phone. The volume up and down button are both independent button, which is always a plus point. The buttons on the side feel sturdy and have a good click to them. 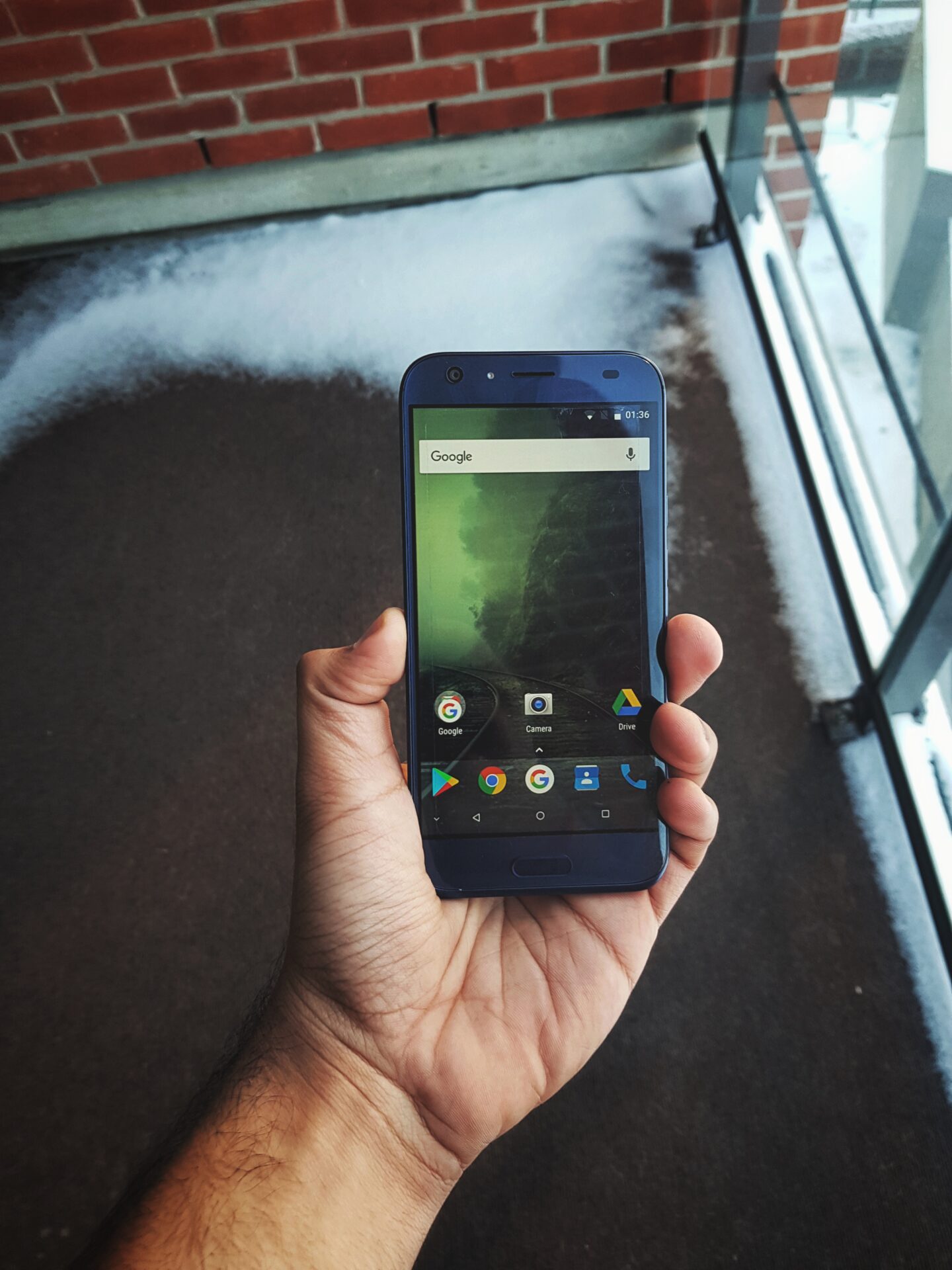 In terms of performance, this device is not anything to write home about. The specifications are certainly impressive; the eight-core MT6750 on the device is paired with 4GB of RAM and a Mali-T860 M2 GPU. Memory certainly isn’t an issue and the GPU is capable of holding its own. However, the low clock of the cores means that sometimes the phone can stutter even during some tasks that aren’t really that intensive. The phone scores a 43805 on AnTuTu Benchmark 6. While the performance isn’t bad at all, it’s not significantly better than other options in the same budget range.

Gaming on the Doogee was quite fun. The sensor was pretty reactive, especially the accelerometer. Any turning or rotating of the phone was quickly registered by the phone. It is one of the few budget devices that I enjoyed playing a race on using motion controls. The screen was also very sensitive to the touch, giving quick responses to user input. It seemed to do better than other phones having identical chips perhaps due to the higher amount RAM or processing power. I ran Need For Speed and several other intensive titles on the phone with complete success. Even though I had expected some jittering, it ran smoothly. Not to mention, the graphics look great on the before mentioned bright 1080P screen. The colors popped and the transitions ran effortlessly.

Under extreme processing pressure, the phone does heat up noticeably but it is not uncomfortable or worrisome at all. I specifically found the phone to get warmer when many apps were opened at the same time. This also caused the phone to get slower for the time being. Closing the apps quickly back to normal. This can be expected on almost any phone, even expensive flagships. For its price, the Doogee exceeded my expectations.

The device includes 64GB of eMMC flash storage, though this can be expanded using a microSD card. This smartphone still uses MicroUSB instead of the newer USB-C standard. It is also equipped with a fingerprint reader and a 3.5mm audio jack.

One of the most surprising things about the Doogee BL5000 is that it has dual cameras and both of them are 13MP shooters. This means that the device should be capable of depth effects and optical zoom. The optical zoom produces bland results, however. The depth and bokeh effects work better but even these can be a bit iffy. The results vary hugely from lighting conditions and subject selection. The dual cameras also have a 2x lossless zoom feature. This, again, I could not seem to use in any practical way. Maybe you will have better luck. The secondary camera simply appears to be a dummy and doesn’t work. A good way to test this was placing a single finger on it, and trying to zoom in 2X. This is very much the case for portrait mode as well, the phone will simply blur out around a circular focus area, which makes the effect look horrible at best.

The 8MP front camera, however, is actually very good and in some cases, it performs better than the back dual camera setup. Another out of the box feature the front-facing camera also has its own flash. The flash itself is extremely bright, not really resulting in the best night time photography. However, it is unorthodox to even have the option in the first place.

Overall, while the camera is trying to do a lot with the dual lens, front and back flash and lossless zoom, the results are not as impressive. It’s a great concept but cannot match up to high-end dual lens camera such as the likes of those sported by Xiaomi devices. Otherwise, for the casual photo clicker, the Doogee will get the job done.

Camera samples will be uploaded soon

The Doogee BL5000 is packed with a custom skin of Android 7.0 (Nougat). While not the latest, 7.0 is still recent and workable. They do brand the skin as the Doogee UI 1.0, however, it is not much more than aesthetic changes to the stock Android. There is no information on an update to 8.0. Fortunately, Doogee has kept the bloatware to a minimum. On top of the standard Google apps, there is only one “Doogee” app called the Doogee Xender, which is used for phone switching and data transfer.

Price, of course, is one of the main selling points for the Doogee BL5000. Starting from $130 and above, it offers real value for money. It is pretty hard to find a phone with such features at this price point. While other Chinese brands have similar phones in terms of RAM and processors, the Doogee beats them by adding in a fingerprint reader, and a bezel-less screen. 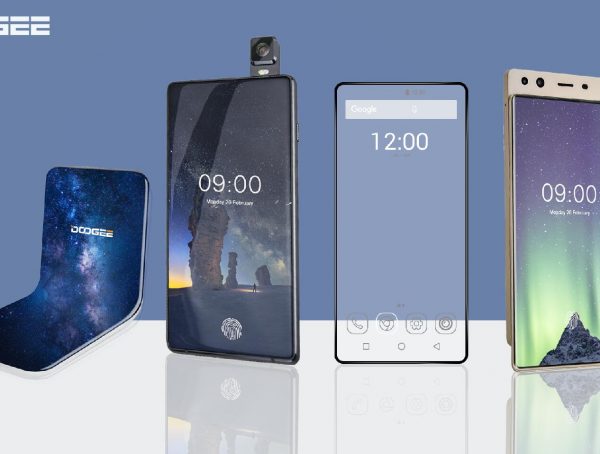