After a number of leaks, teasers, and rumors, Samsung finally launched the second smartphone from the new Galaxy F series, i.e., Samsung Galaxy F62 in India with a starting price tag of 23,999 INR. Samsung announced the F-series to fight and compete the mid-range flagship killer smartphones like OnePlus Nord, Mi 10i, Moto G 5G, etc. Although the competition also lies within their own boundary too like the new smartphones from Galaxy A and M series. Well, that’s Samsung’s problem to sort it out.

The one thing I personally like about Samsung smartphones is that they always use the best display in that price bracket, either it is a budget smartphone or a flagship smartphone. Now, talking about Galaxy F62, the design is familiar and can reflect the normal Samsung style which we usually see in most Samsung smartphones. The gradient finish at the rear panel looks similar to other A series smartphones. 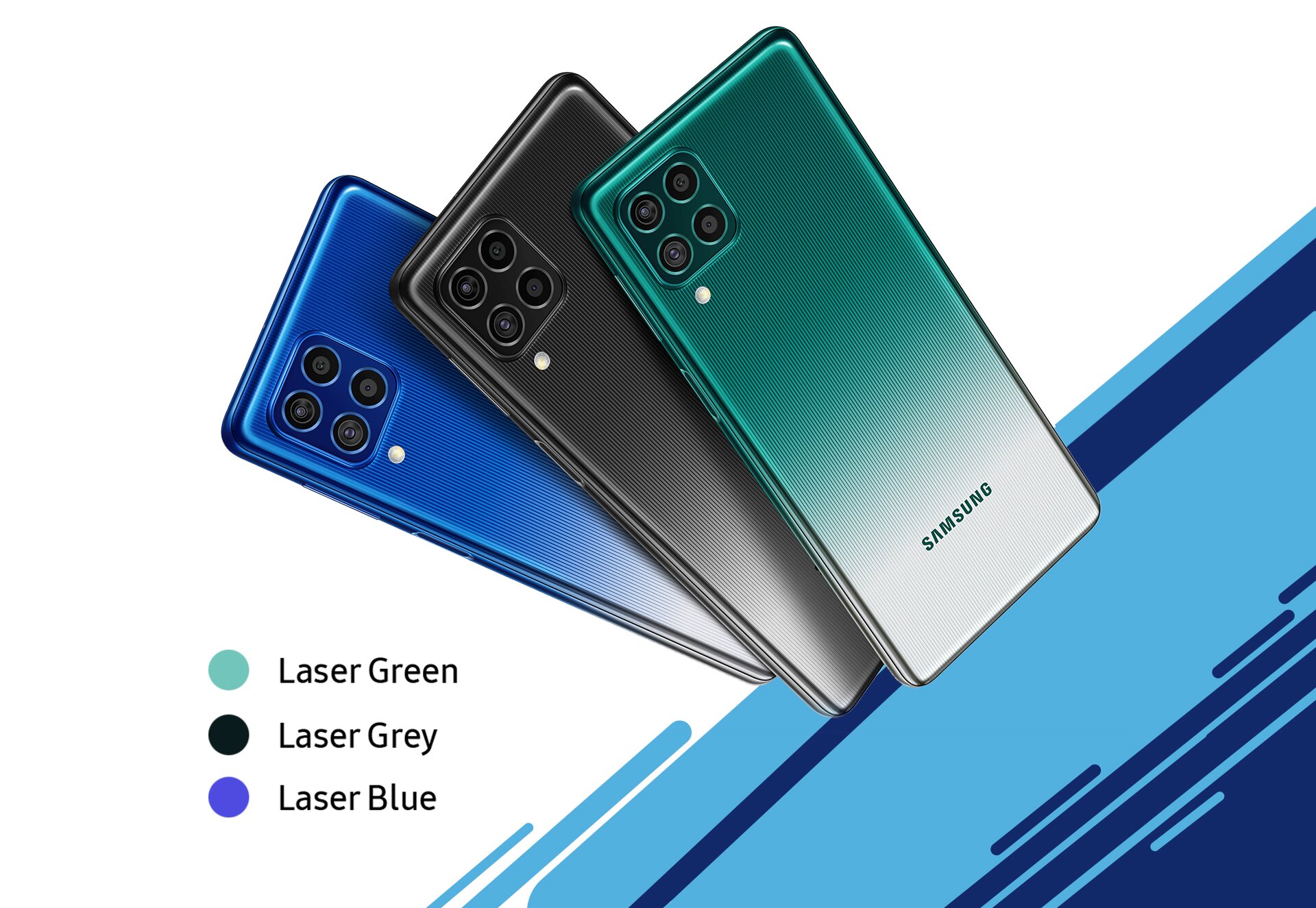 And regarding the pricing and availability of the smartphones, the Galaxy F62 is available in two variant and three color options. The base 6GB RAM and 128 GB Storage is priced at 23,999 INR and the top 8GB RAM and 256 GB Storage come with a price tag of 25,999 INR. The color option includes Laser Blue, Laser Grey, and Laser Green. The fun fact about the color name is that the term ‘Laser’ is added because of the color pattern in the rear panel, you will see a patterned line coming from up to down and vice-versa. Now speaking of the availability of the smartphone, it will be available via Flipkart, Reliance Digital, and Samsung Online Store as well Offline Stores from 22nd February 2021.

Speaking of the hardware specification of the smartphone, the Galaxy F62 features a 6.7-inch sAMOLED display with a resolution of 1080×2400 (FHD+) and an aspect ratio of 20:9. The display comes with a brightness intensity of 420 nits. The display also houses a small infinity-o notch for the selfies camera. Samsung could have implemented the under-display fingerprint sensor but they decided to go with a side-mounted fingerprint sensor.

One of the USPs of the smartphone is its battery capacity. The Galaxy F62 is fueled by a 7000 mAh battery and it can be charged using a 25-watt fast charger. The F62 runs on OneUI 3.0 which is running on top of Android 11 out of the box. Other than that, the smartphone includes all the connectivity options like Type-C port, Bluetooth 5.0, Wifi, 4G, GPS/ A-GPS, NFC, and a 3.5mm headphone jack.