Looks like Chinese smartphone maker Vivo is trying really hard to hide the identity of an upcoming smartphone that appeared on Chinese regulatory certification agency TENAA under the model number V1936AL. There is no mention of the device name and yet, the mysterious device is speculated to be from Vivo’s iQOO series i.e. a new model or a maxed-out or special edition of the iQOO smartphone.

Resembling the iQOO Neo’s model number V1936A, the mysterious device has dimensions of 159.53×75.23×8.13 mm with a screen size of 6.38-inch which might seem minuscule since we have smartphones with 6.7-inch displays as well. However, turns out the iQOO Neo launched last month starts a similar screen size paired with a Snapdragon 855 SoC. 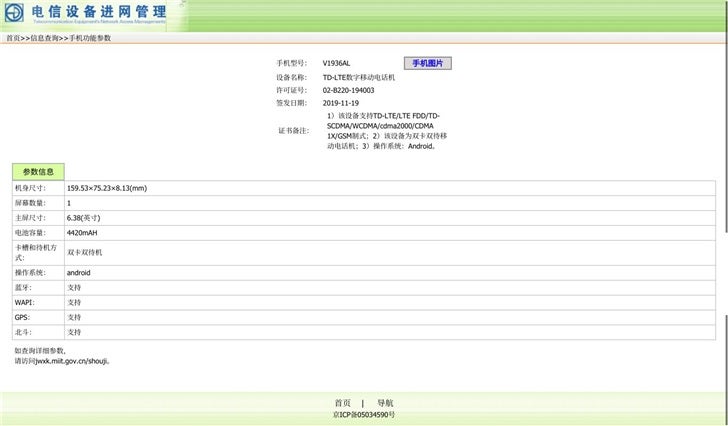 There is no mention of the storage capacity, RAM, or processor in the TENAA listing but it does mention that the device will have a battery size of 4,420 mAh which is again, close to iQOO Neo’s 4,500 mAh battery.

This doesn’t stop here because there are just too many resemblances to the iQOO Neo such as the inclusion of 22.5W charging speed that was listed on China’s CCC database. However, the iQOO Neo launched just last month which raises a question on why Vivo would launch yet another device in the same series. There is speculation that the device could be maxed out or special edition to the iQOO Neo which makes sense although we will have to wait for the official confirmation. 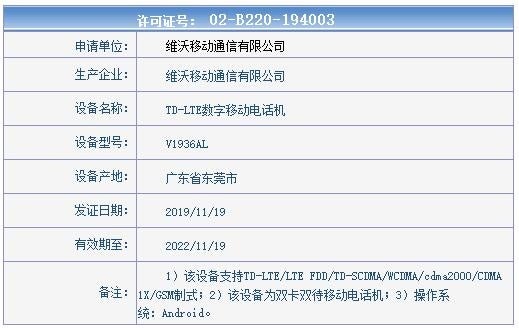 According to GizChina, a Vivo smartphone with model number V1938T and moniker “Vivo X30 5G Edition” will be launching on December 16th so it is very much possible that the said mysterious device might appear on the same date. Speculations and leaks around upcoming smartphones barely stop which means we will get to know more about the device soon before it launches.