Xiaomi is teasing its upcoming Redmi Note 10 series for days now. The company claims that the Redmi Note 10 series will be the smoothest Redmi smartphones yet. This goes without saying, MIUI itself is not smooth (at least not smooth enough to brag about it). And being Note series devices, we cannot really expect a flagship SoC too. Now, what’s with the “smoothest Redmi smartphone yet” tagline? Well, they are suggesting that the series will offer a high refresh rate display for a smoother experience. And this is not definitely the first time we’ve been seeing this as the rumors are suggesting the same for months now. 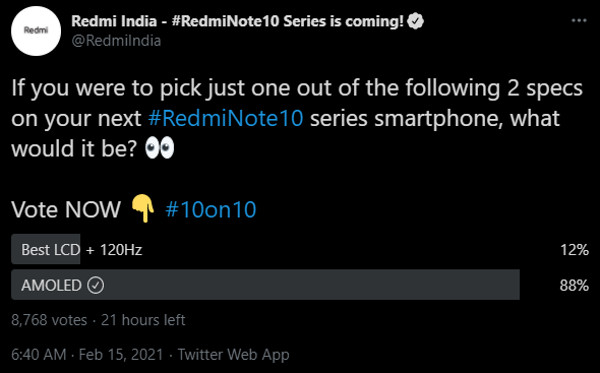 Recently, Redmi India took it to Twitter posting a poll asking users whether they would want the Best LCD with a 120 Hz display refresh rate or an AMOLED display. While the specifics of the LCD display were mentioned, the company did not mention anything around the AMOLED display’s specifics, making it a one-sided game. However, the Twitter gang has remained overwhelmingly in favor of the AMOLED option. The results are very obvious considering the benefits of the OLED displays are many. For starters, AMOLED display consumes less power while viewing pitch-black content. Not just that, AMOLED displays can deliver high levels of brightness and does not bleed the light when compared to LCD displays.

Hours after posting, Redmi India deleted the tweet and there is no official confirmation yet. But, deleting the tweet obviously suggests that the company is sticking to the LCD display with the Redmi Note 10 series. For the past few launches, Xiaomi was struck to LCD displays. Hell, even the premium offerings like Mi 10T and Mi 10i came out with LCD displays despite having excellent specifications. Xiaomi has routinely cited that they choose the LCD displays over the OLED for color accuracy. I think a good AMOLED display with a 60 Hz display is better than an LCD with a 120 Hz refresh rate. I mean, end of the day refresh rates does not really matter much and practically AMOLED displays are much better. 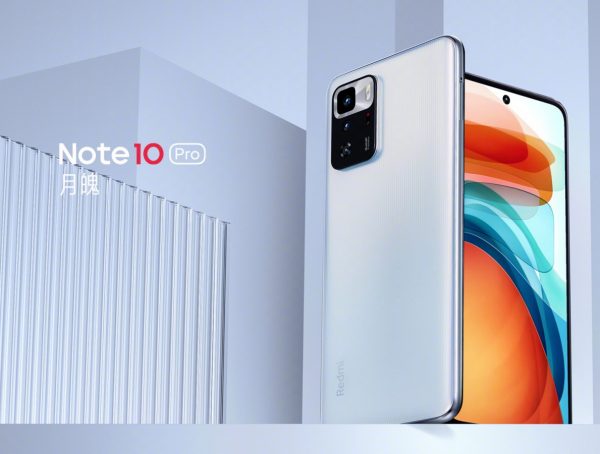 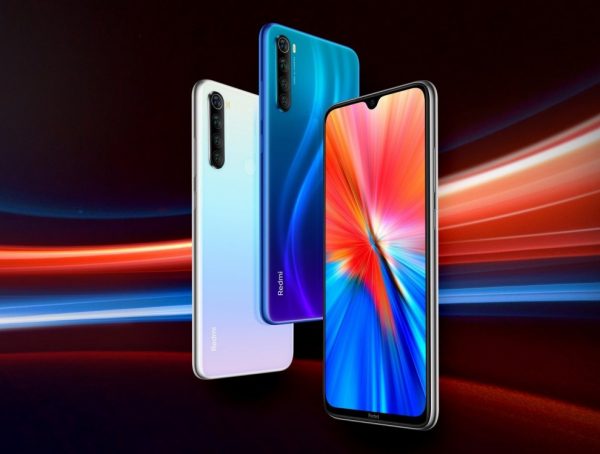