After celebrating one million sales mark in July, Xiaomi has surpassed another milestone with its Xiaomi Redmi K20 and K20 Pro after it recently crossed the 3 million units sold worldwide mark. This is rather unique since it achieved the mark in just four months after its release but Xiaomi has something in store to offer.

To celebrate the auspicious milestone, Xiaomi will launch a new Exclusive Edition of the elder Redmi K20 Pro aka the True Master on September 19. Codenamed as Supreme Devil, the exclusive edition will be cooler, faster, durable as per what we can confer with the post made by Redmi on an official handle.

According to the folks at GSMArena, the Exclusive Edition will surely pack in the now enhanced Qualcomm Snapdragon 855+ SoC which is an overclocked version of Snapdragon 855 used in Redmi K20 Pro. It will also feature an enhanced cooling system that will the phone from getting overheated when it is subjected to extreme work such as whilst playing graphics-intensive games like PUBG Mobile on a stretch. 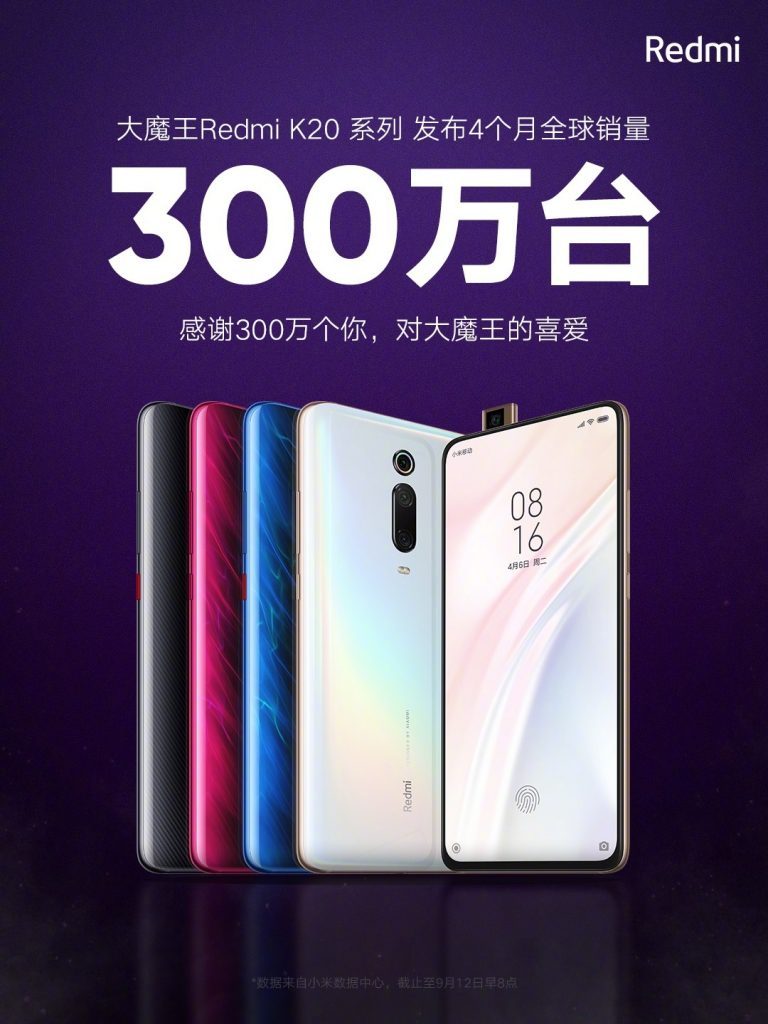 Furthermore, the K20 Pro Exclusive Edition will also get the largest 12GB RAM available in any smartphone and will have an altered design at the back. Note that this model will be different from the Redmi K20 Pro Signature Edition which is an extrinsic device with a price tag of $6,678 and comes with diamond logo and solid gold back panel for the rich.

Xiaomi Redmi K20 Pro currently sports a 6.39” Super AMOLED display with 1080×2340 pixels resolution with Corning Gorilla Glass 5 protection. It runs on the 7nm Snapdragon 855 SoC paired with Adreno 640 GOU and max at 8GB and 256GB of RAM and ROM respectively. The device also offers a colossal 20MP front motorized pop-up snapper along with a triple 48MP + 8MP telephoto + 13MP ultrawide camera setup with a 4,000 mAh Li-Po battery under the hood.

Known as Xiaomi Mi 9T and Mi 9T Pro across the globe, both the smartphones i.e. K20 and K20 Pro have a respective price tag of $289 and $361 which is one of the reasons why it has become one of the fastest-selling flagship smartphones within an affordable price tag in China and other countries including India.
Xiaomi will hold a special launch on September 19 at 20:00 where it will launch the Redmi K20 Pro Exclusive Edition to celebrate the 3 million milestones.