Xiaomi Mi Band 6 is incoming and arriving on March 29 along with Mi 11 Ultra and others. Thanks to the plenty of leaks over a couple of weeks including the latest video teasing the Mi Band 6, we now know plenty of info9rmation about the wearable.

Apparently, the Mi Band 6 will have two variants i.e. a global (XMSH15HM) and a Chinese one (XHMS16HM with NFC).

Pushing the latest information first, a video has gone live on Twitter showcasing the Mi Band 6 with 5 different colors and watch faces. This was posted by Xiaomi’s Product Marketing Head and thus, holds a lot of credibilities. Again, we have a trove of leaks w.r.t the upcoming Mi Band * such as the poster shared by the company on Weibo that showcases the wearable device from different angles. 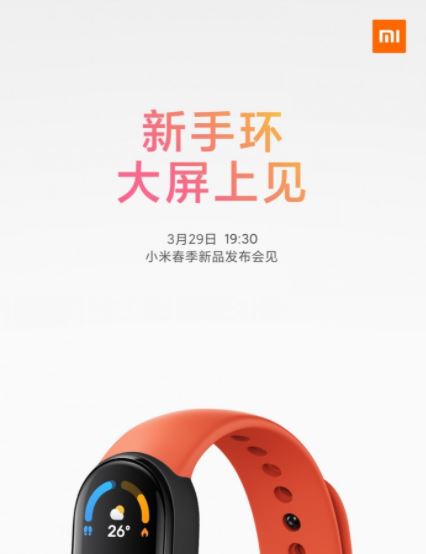 Going further, we know that there’s an NFC and a non-NFC model available although only the latter is available outside China. The device will have 19 new exercise modes, a SpO2 sensor, and a built-in GPS. Pomodoro Timer has been added on Mi Band 6 with a time management method that keeps you away from notifications for 25 minutes. Also, Mi Band 6 will be able to control smart home devices that run on the Mi Home platform.

The next product launch for Xiaomi is scheduled for March 29 at 19:30 PM. Watch out for Mi Mix, Mi 11 series, and Mi Band 6 among others.