Nokia follows the Android One program pretty closely offering guaranteed two years of major Android update on its devices. Apparently, HMD Global which is the parent company to Nokia posted an Android 11 timeline and in no time, it pulled it back. The roadmap which has since become immortal on the internet is pretty vague and has quickly turned into an ‘unofficial’ Nokia Android 11 roadmap even though coming from an official source. 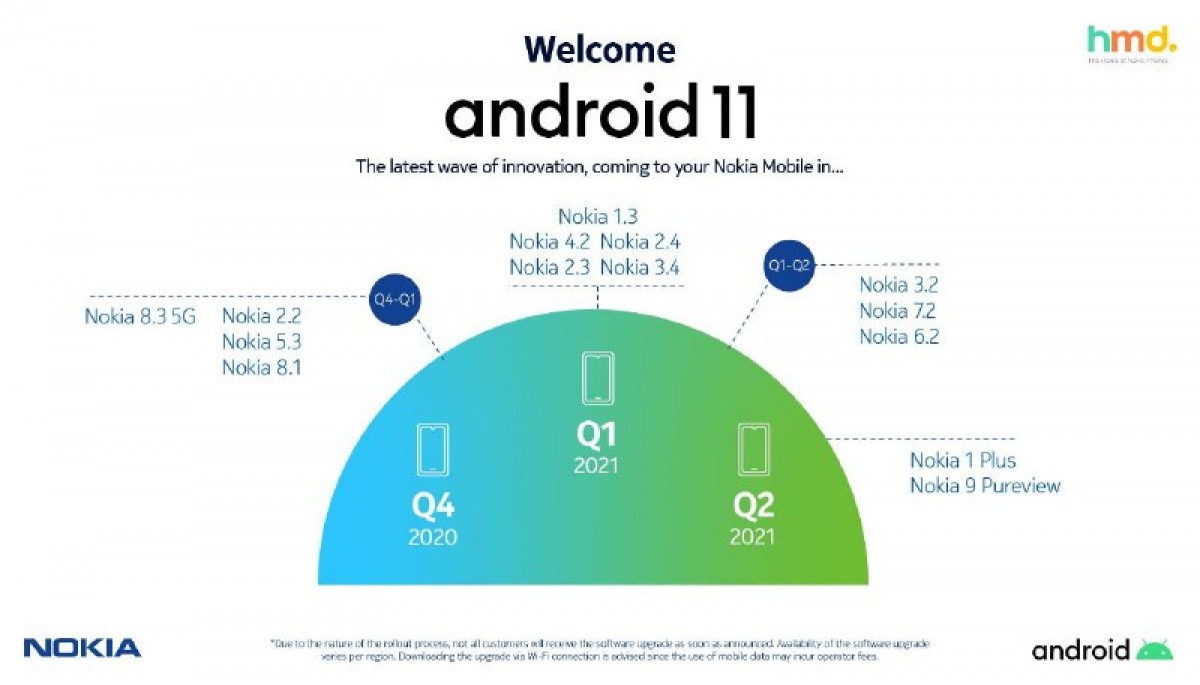 Finally, the Nokia 1 Plus and Nokia 9 PureView gets the update sometime in Q2 2021. Apparently, Nokia retracted the roadmap for some unknown reasons although it is being discussed that it could be because the company wants to update the roadmap before releasing it officially.

Even though the mentioned above timeline was official, it isn’t now and thus, you need to take it with a pinch of salt. Nokia 9.3 PureView and Nokia 7.3 5G expected to launch in November are likely getting Android 11 out-of-the-box and so is Nokia 6.3.

Stay put as we bring you more updates on Nokia Android 11 timeline soon.