Honor Magic3 series Launched: Specifications, Pricing, and Everything you need to know!

Honor is back with a zing with its next lineup of flagship smartphone series aka Magic3 series. The series comprises three smartphones which include Magic3, Magic3 Pro, and Magic3 Pro, and here’s everything you need to know about the series.

Honor Magic3 is the base variant in the Magic3 series and has striking similarities with Magic3 Pro. It is one of the first smartphones enhanced by IMX and offers 3D LUT color grading profiles as well video shooting in LOG format among other functionalities.

The Honor Magic3 packs in a 6.76 OLED FHD+ panel with a 120Hz resolution. The panel supports both 10-bit and HDR10+ and has a 3D curved display with 89-degree curvature and a premium glass on top made using class-leading technologies. The device arrives with a pill-shaped cut-out at the front that houses a 13MP primary ultrawide snapper with 100-degree FoV and a 3D ToF sensor. 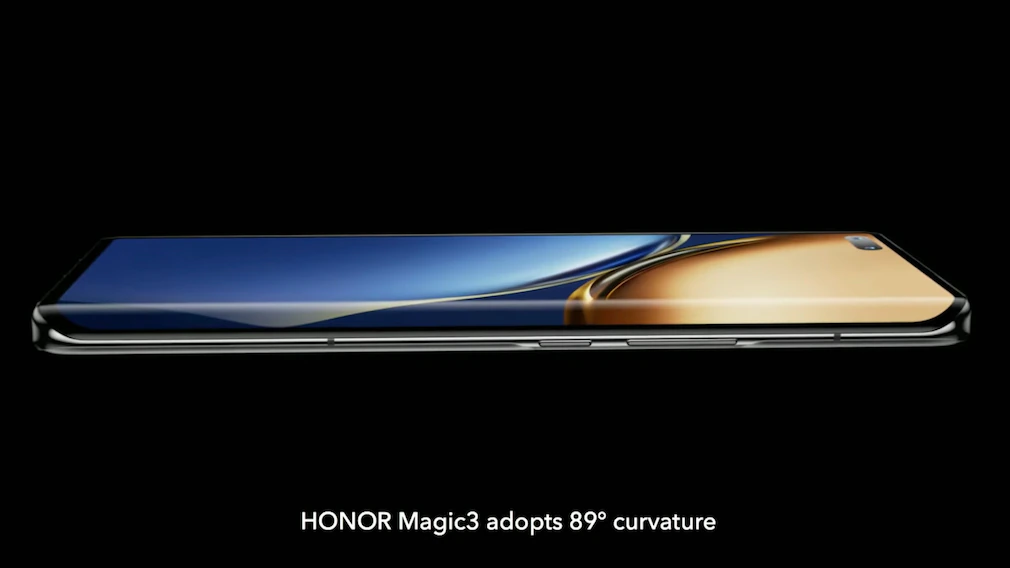 On the other hand, the rear packs in a triple camera setup. This includes a 50MP primary snapper that uses a Son IMX766 main module. It is paired with a 64MP monochrome and a 13MP ultrawide snapper.

The Magic3 brings video recording in LOG format thanks to its partnership with IMAX that offers great quality and flexibility for post-production editing. There are over eight 3D LUT color grading profiles that will further enhance video content on the device.

The device runs on the latest overclocked Qualcomm Snapdragon 888+ 5G chipset paired with up to 12GB RAM and 512GB of storage. The device uses a 4,600 mAh battery paired along with 66W wired and 50W wireless charging support. 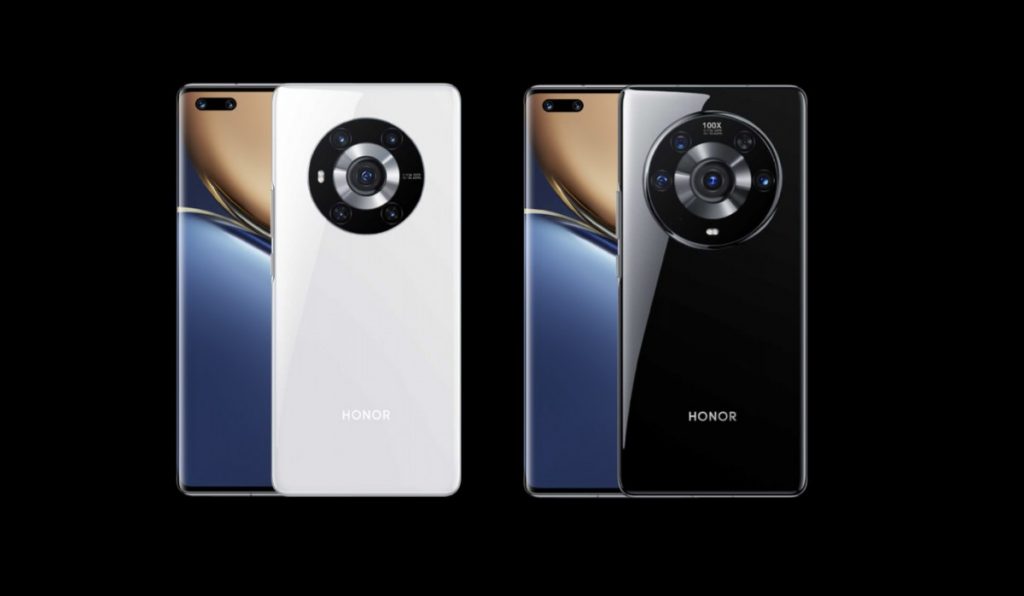 Honor Magic3 comes with an IP54 water and dust resistant rating while its elder siblings have IP68. The best thing about Magic3 is its software as the smartphone runs on Android 11-powered MagicUI 5 with Google Play Services. This means it will arrive with all Google apps and services after it made a split from its parent company Huawei.

As aforementioned, Magic3 and Magic3 Pro are strikingly similar to each other. Both the devices have the 6.76-inch curved OLED 10-bit 120Hz HDR10+ FHD+ display. The device even has the same front dual punch-hole camera setup.

The processor is the same so that’s Snapdragon 888+ 5G with up to 12GB RAM and 512GB of internal storage. The battery capacity and wired charging speed are the same although the wireless charging has been upped to 66W. Honor also added reverse wireless charging that wasn’t available on the vanilla Magic3. 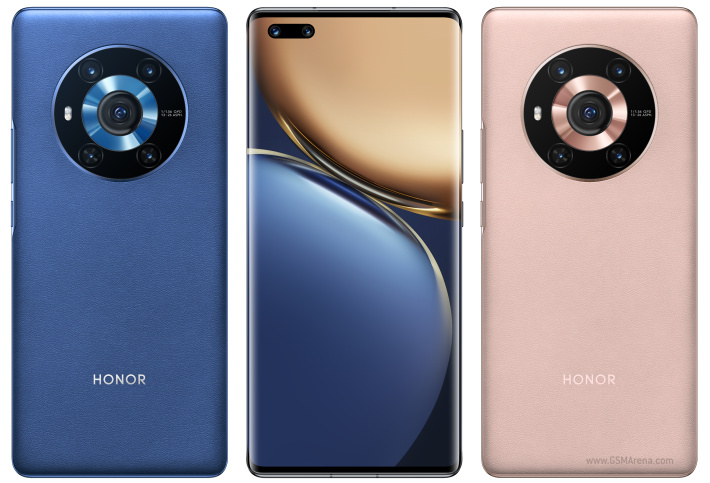 The biggest change in the specs sheet is with the rear camera setup. Apart from the usual 50MP standard, 64MP monochrome, and 13MP ultrawide modules, the Pro gets a 64MP telephoto sensor capable of going up to 3.5x of optical zoom while the digital zooming capability is 100x. For reference, Samsung calls 100x “Space Zoom”.

The pricing for the Honor Magic3 Pro commences at EUR 1,099 and it is available in White and Black glass back color variants while the Vegan Leather variant is available in just a single color i.e. Golden Hour. The device is available in China as of now however, its global availability will be discussed later.

The topmost variant in the Magic3 lineup, the Magic3 Pro+ offers a lot more than the two of its siblings in terms of camera performance although it shares most of the specs as well.

The display is 6.67-inch Flex OLED panel with HDR10+ support, 120Hz refresh rate, and an 8-degree curvature on the sides. The device uses a protection glass called “Nano Crystal Shield” which is reportedly three times tougher than typical panels. 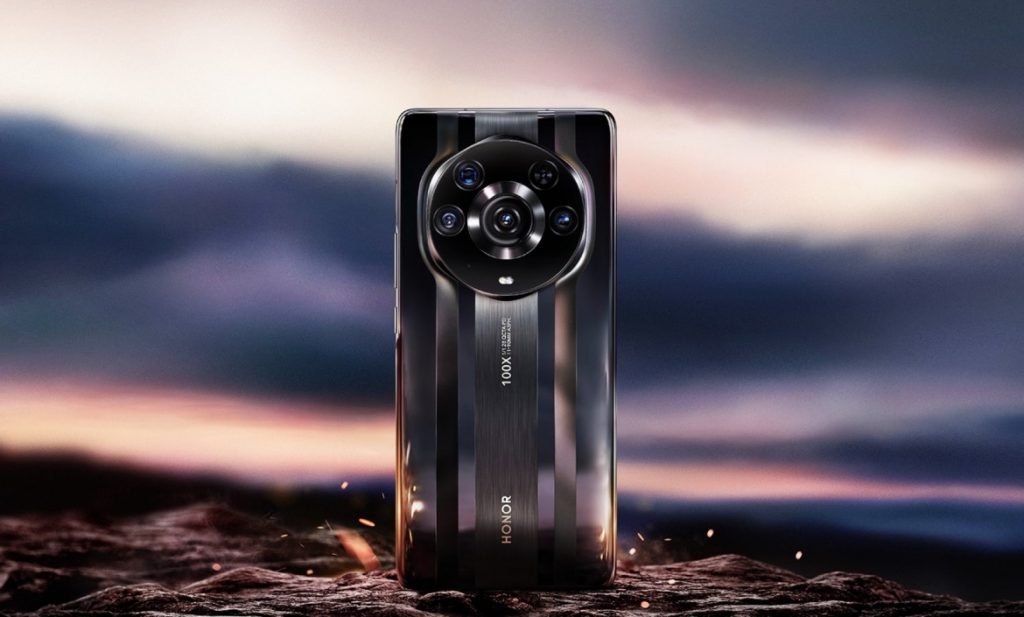 Talking about the camera setup, Magic3 Pro+ gets a hexagon camera setup that looks too premium. The device uses a 50MP IMX700 sensor by Sony instead of IMX766 used on others. This module has Full Pixel Octa PDAF, it has an f/1.9 lens and a focal length of 23mm. It is tied along with a 64MP ultrawide snapper with /2.4 aperture and has a sensor size of 1/2″. You get a 64MP tertiary monochrome sensor and finally, a fourth 64MP telephoto snapper with 3.5x optical and 100x digital zoom. There’s a fifth 8×8 dTOF sensor on-board as well.

The device shares almost the same specs under the hood along with Android 11-powered MagicUI 5 on top as the OS. There’s only one storage trim and that is 12GB+512GB and it is available in China in Ceramic White or Ceramic Black at EUR1,499. Its global availability as in the case of other smartphones will be discussed later. 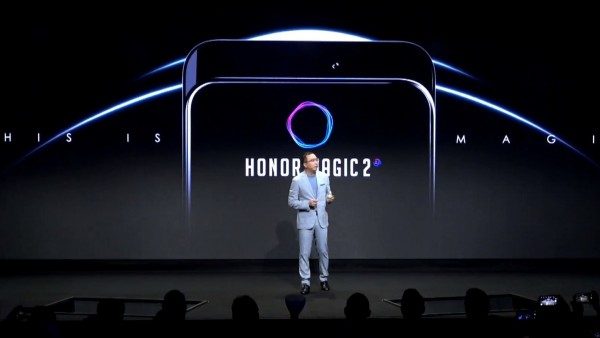