After beating all the odds, the POCO F2 Pro is finally here. The successor to POCO F1 released in 2018, the phone packs in a serious configuration knocking down flagship smartphones of 2020 while priced half of what these flagships cost. Overall, it is a real flagship killer after the OnePlus lost the title citing its ever-increasing price points.

For those who don’t know, Poco F2 Pro is a rebranded version of Xiaomi Redmi K30 Pro similar to how Poco X2 is a rebranded Redmi K30. But hey, the phone brings a bucket-load of improvements over its two-years-old predecessor that was a surprise hit thanks to its fierce competition with OnePlus 6 at the time.

Talking about the specs, POCO F2 Pro sports a giant 6.67-inch True Full Screen FHD+ AMOLED with a 92.7% screen-to-body ratio. The display hosts a 1080×2400 pixels resolution with a standard 60Hz refresh rate but the touch sampling rate has been amped up to 180Hz. The display is competent enough to produce 500 nits of typical brightness and 800 nits of high brightness. In fact, it goes as high as 1200 nits on max brightness according to the Chinese smartphone maker.

Under the hood, the phone is powered by the most powerful Qualcomm Snapdragon 865 SoC with Adreno 650 GPU with updatable drivers. This gives the phone the ability to tap into the world of 5G. The device sports a 6GB and 8GB of LPDRR5 RAM with 128GB and 256GB of UFS 3.1 storage which is amped up from the previous 64GB base model with UFS 2.1 storage. The device managed to score 589,983 points on AnTuTu which gives it a much higher score when compared to Samsung Galaxy S20+ (Exynos 990) and OnePlus 8 Pro (SDM865). It will run on Android 10-based Poco Launcher 2.0.

Proceeding further, the device is sought to carry the largest vapor chamber with three layers i.e. graphite, graphene, and super VC combining together to give the phone a must-needed assist when it is subjected to hardcore gaming such as PUBG Mobile or Fortnite, etc.

Next up, the phone hosts a rear quad-camera setup arranged in a circular camera bump similar to its Redmi K30 series. It includes a primary 64MP Sony IMX686 sensor with 1/1.7” sensor size that uses pixel binning technology to create impressive and detailed images at 16MP. The primary sensor is flanked with a 13MP ultra-wide-angle sensor with a 123° field of view while pushing the limits of macro photography with a 5MP sensor although it isn’t a dedicated macro sensor.

Finally, there’s a 2MP depth sensor that will contribute to the magnificent portrait images and so on. The front, on the other hand, is a 20MP pop-up mechanized camera sensor that pops up when shooting a selfie giving an unobstructed front display with no notch whatsoever. The rear camera setup can shoot videos up to 8K at 30fps while 4K videos can be jacked up to 60fps.

Moving on, there’s a much larger 4,700 mAh battery under the hood which is larger than OnePlus 8 Pro and Samsung Galaxy S20+. There’s a faster 30W charger so you don’t have to worry about keeping the phone on charge for a long time. POCO F2 Pro will be available in four distinct color variants i.e. Cyber Grey, Electric Purple, Phantom White, and Neon Blue. The phone has already started pre-orders on AliExpress and Gearbest and will start shipping on May 19. It will be further available on POCO.net, Shoppee, JD, Lazada, Amazon and e-commerce sites, and offline stores. The 6/128GB variant will be available at 500 Euros while the higher 8GB/256GB will be available at 600 Euros. 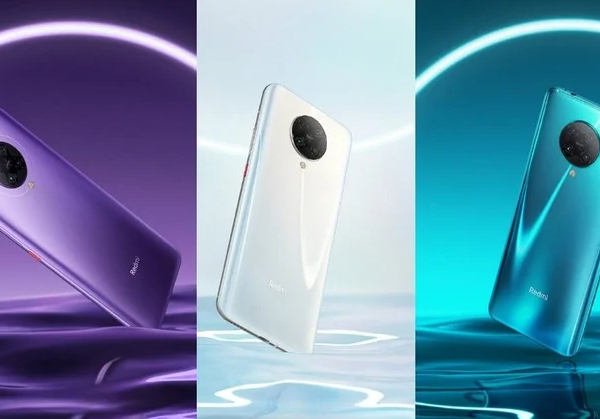 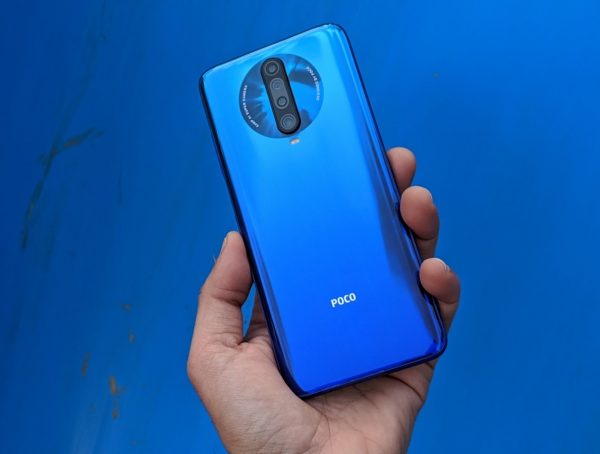