LG is struggling very hard to make its mark in the current smartphone world. LG G8 ThinQ’s successor was also not announced this year. But LG is picking up its pace with the LG Velvet line-up. The device was released with 5G support out of the box, thanks to the Snapdragon 765G. Well, the device comes with mid-range specs but it was priced as flagship. It was recently launched in the US and Europe, and they have also unveiled a Snapdragon 845, which does not support 5G.

Now, a new LG Velvet device is spotted on Google Play Listing proving that LG is still not done with the Velvet series yet! The company is planning to release another Velvet model with a completely different SoC right now. The report shows that the device is powered by a MediaTek MT6883 chipset which is the Dimensity 800.

MediaTek’s 800 chipsets are built on the 7nm manufacturing process. MediaTek announced these chipsets earlier this year. The chipset utilizes four Cortex A76 cores clocking at 2.0GHz and four Cortex A55 cores working at 2.0GHz each. Mali-F77MC4 handles the graphic duties here with company’s own HyperEngine gaming technology for an enhanced gaming experience. The processor also packs a 5G modem which confirms the device will come with 5G connectivity. 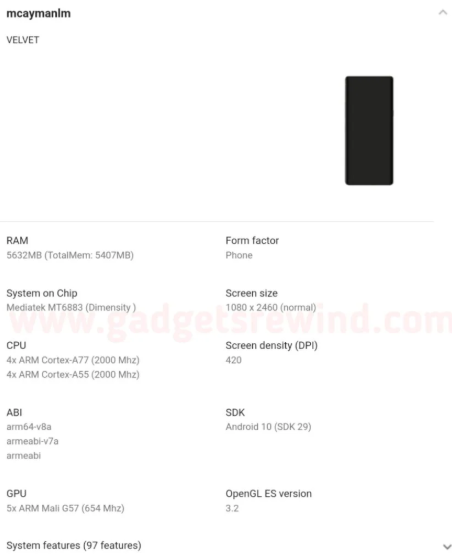 Although the previous Velvets were released with 8 GB RAMs, this Velvet with Dimensity 800 is listed on the Google Play Console with 6 GB RAM. We can also expect the device to release in two variants, both in 6 GB and 8 GB. The device runs LG UX grounded on Android 10.

We can expect the device to come with similar specifications and design retaining the 6.9-inch OLED display with a resolution of 2460 x 1080 pixels and comes with a 20.5:9 aspect ratio. The front-facing camera will have resided in the waterdrop notch where the screen also brings in the stylus support and comes with a triple rear camera. The primary sensor is 48 MP units coupled with an 8 MP ultrawide camera and a 5 MP depth sensor. Considering Dimensity 800 and 6 GB RAM, we can expect the device to come with a cheaper price tag that the original Velvet with Snapdragon 765G. 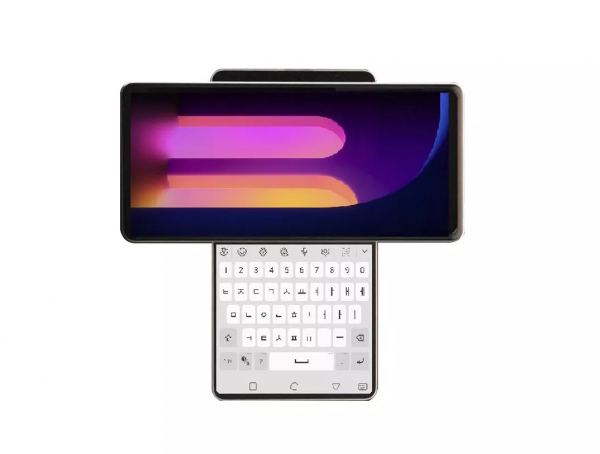 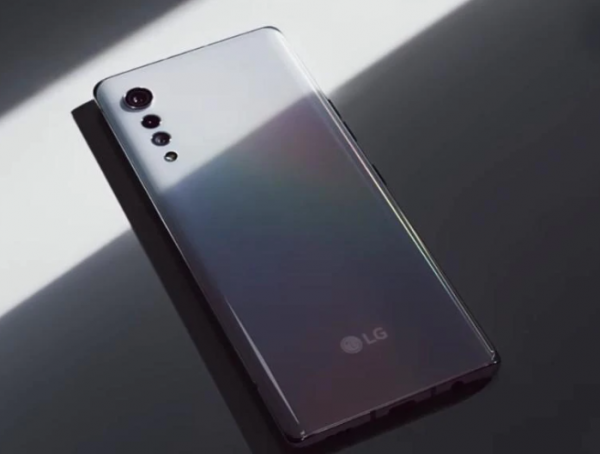