Ever since HMD Global got a license to release its smartphones under the Nokia brand, we have seen the smartphone manufacturer resurrect a lot of legendary devices. In fact, relaunching the older devices with a few smart features has become a tradition to the Finnish tech company. To recall, the very first rekindled classic is the ultimate Nokia 3310 which comes in 4G variants too. They also have launched the Nokia 8810 which is often referred to as Banana Phone in 2018. Earlier this year, HMD Global also brought back the Nokia 2820 and 5310 XpressMusic. 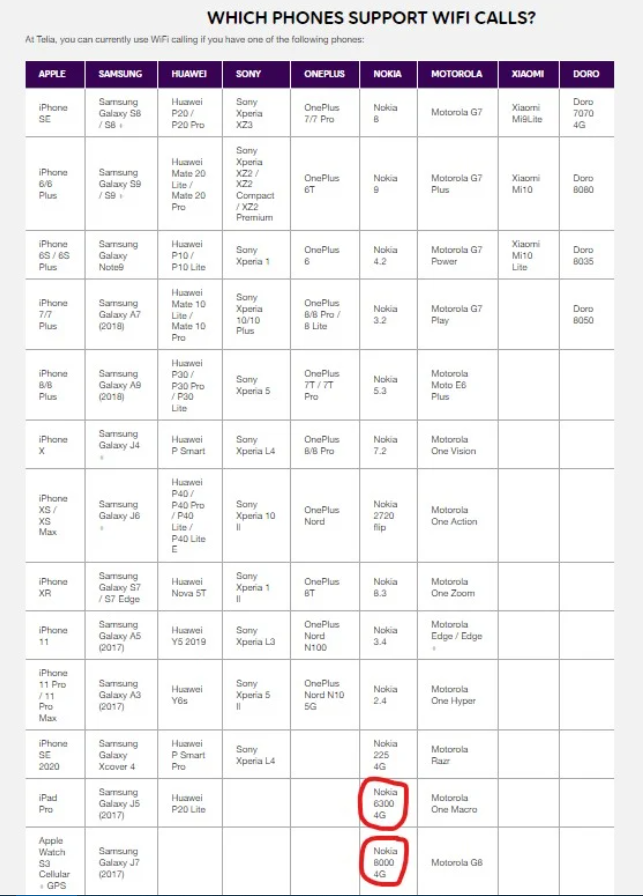 Now, it looks like we may soon see the rebirth of two other iconic Nokia phones in the form of Nokia 6310 and Nokia 8000. According to Winfuture, HMD is planning on relaunching these two devices. This info is found on the site of a Danish carrier called Telia. These upcoming devices will come labeled with Nokia 6310 4G and Nokia 8000 4G. These two devices might run on a tweaked S30+ OS or the KaiOS, depending on how smart HMD Global plans to market them. The Nokia 6300 in particular looks like the Nokia Leo, which was leaked back in August this year.

If the Nokia Leo and the 6300 are in fact the same devices, it means that one among these two upcoming HMD devices could have already passed the FCC certification process. Nokia 6300 was originally launched in the year 2006 with a 2 MP camera and S40 OS. Back then, it used to be one of the most wanted feature phones because it came with a steel body that ensured it could take a beating.