OnePlus is all set to unveil its 9 series of devices at an event scheduled on March 23. Ever since the launch has been announced, seems like a flood gate has opened as the leaks and official teasers started pouring in. The company is expected to launch three devices this time. OnePlus 9 and OnePlus 9 Pro will be accompanied by the OnePlus 9E/ 9R/ 9 Lite. Recently, the company has started giving us glimpses of the device and also revealed the back of the device. Now, OnePlus has dropped another major teaser for its upcoming flagship, pointedly its camera hardware.

JavaScript is not available.

OnePlus’ Founder and CEO Pete Lau took it to Twitter recently with a new render of the device confirming a 50MP ultra-wide camera for the device. The image also reveals that Sony IMX766 sensor will be used on the upcoming flagship for wide-angle photography. For those unaware, the same Sony IMX766 sensor with 50MP resolution was found on Oppo Reno5 Pro+ which was launched in December, last year. The sensor will accompany the custom Sony IMX789 primary sensor with Hasselblad magic. Furthermore, in the recent teaser, it is also mentioned that the sensor supports hardware-level HDR, meaning the sensor will have much better control over the colors and also results in sharper images. We have seen a similar implementation on Oppo in the form of DOL HDR.

Moreover, the Oppo Reno5 Pro+ has employed both Optical Image Stabilization and Electronic Image Stabilization (OIS & EIS) to stabilize the photos and videos captured by the Sony IMX766 sensor. We can also expect similar implementation on the OnePlus 9 series too as OnePlus phones have borrowed Oppo’s homework heavily and now that OnePlus has merged its R&D with Oppo, it is safe to say that we’ll be able to see high Reno5 Pro+ inspiration on OnePlus 9 series. OnePlus 9 Pro will come with quad-rear cameras on the back of the device and according to the leaks and rumors, the device will come with a 48MP primary sensor, a 50MP ultra-wide sensor (which is now confirmed), an 8MP telephoto sensor with a 3.3x optical zoom, and a useless 2MP depth-sensing unit.

Besides, OnePlus also confirmed a three-year partnership with Hasselblad and also declared its plans to invest over 150 million dollars in the coming three years to further build out its mobile imaging capabilities in its ongoing legacy of delivering the best smartphone camera experience for its users. OnePlus and Hasselblad will work mutually to produce hugely improved camera systems on future OnePlus smartphones, including the upcoming OnePlus 9 Series. The partnership will continuously advance over the next three years, starting with software enhancements including color tuning and sensor calibration, and extending to more dimensions in the future. Both the companies will together define the technology standards of the mobile camera experience and develop innovative imaging technologies, proceeding to improve the Hasselblad Camera for OnePlus devices.

OnePlus 9 series is also expected to come with Hasselblad’s Pro mode. For those unaware, Hasselblad Pro Mode brings the company’s groundbreaking sensor calibration to a smartphone for the first time, resulting in astonishingly accurate and natural color for a solid foundation for post-editing. Not just that, Hasselblad Pro Mode has been revised with a new user interface based on Hasselblad’s image processing software to give users a trustworthy Hasselblad look and feel. It also allows for an unprecedented amount of control for professional photographers to fine-tune their photos, with the ability to adjust ISO, focus, exposure times, white balance, and more. Users can also use a 12-bit RAW format for even richer color and higher dynamic range.

Do note that the OnePlus 9 series, like most of the recent flagships, will not skip packing a charger in the box, and it’s official. Replying to a user’s query on the OnePlus Forum, co-founder and CEO Pete Lau has revealed that the upcoming devices will ship with a charger inside the box. According to the leaks, the OnePlus 9 Pro will offer support for 65W fast charging. For years now, Dash Charge or the Warp Charge has remained users’ favorite and it is also a sort of OnePlus’ USP. So, removing it does not make sense, at least for now. 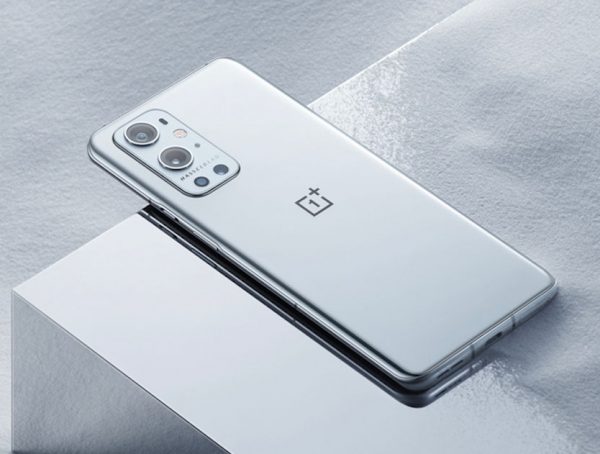