Chinese smartphone maker Realme hosted a launch event in its home country to unveil new products. Along with two new smartphones, Realme has launched its first-ever smartwatch in the country dubbed as Realme Watch T1. It’s a recap of all the things official about the Realme Watch T1. 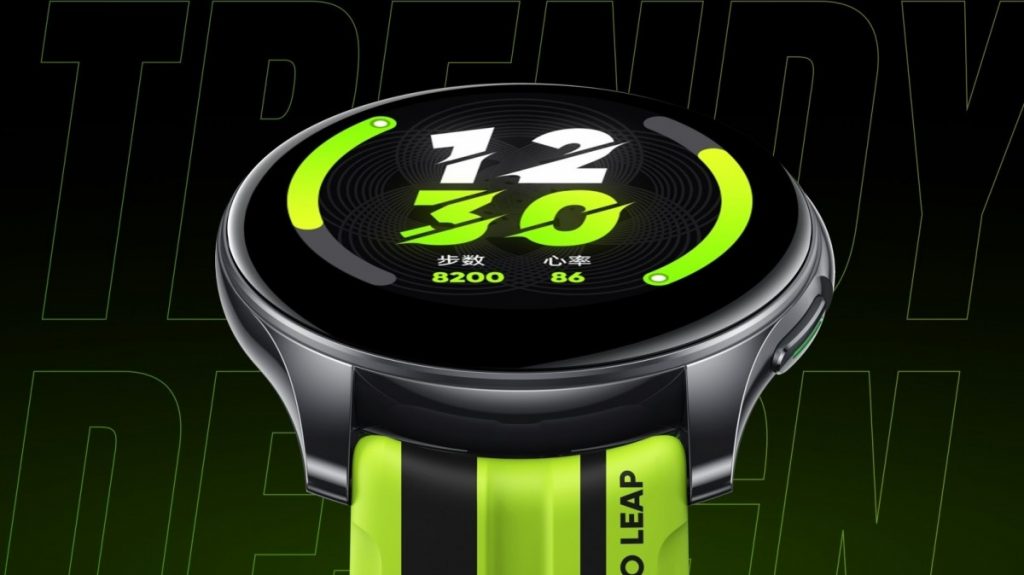 The Realme Watch T1 comes at a price tag of CNY699 which loosely translates as $110. The smartwatch is up for pre-orders from October 20th in China and the sales will begin on November 1st. There’s no update on its global/international availability at the time of writing this. You can get yourself a T1 in Black Mint, Green, and Black color variants with a “Dare To Leap” inscribed on the straps. The dial itself is made up of stainless steel while the straps have options between leather and silicone.

Speaking about the display, the T1 packs in a 1.3-inch AMOLED panel with a 416×416 pixel resolution and a Corning Gorilla Glass on top that protects it from damage or scratches. The display has an always-on display and supports custom watch faces. 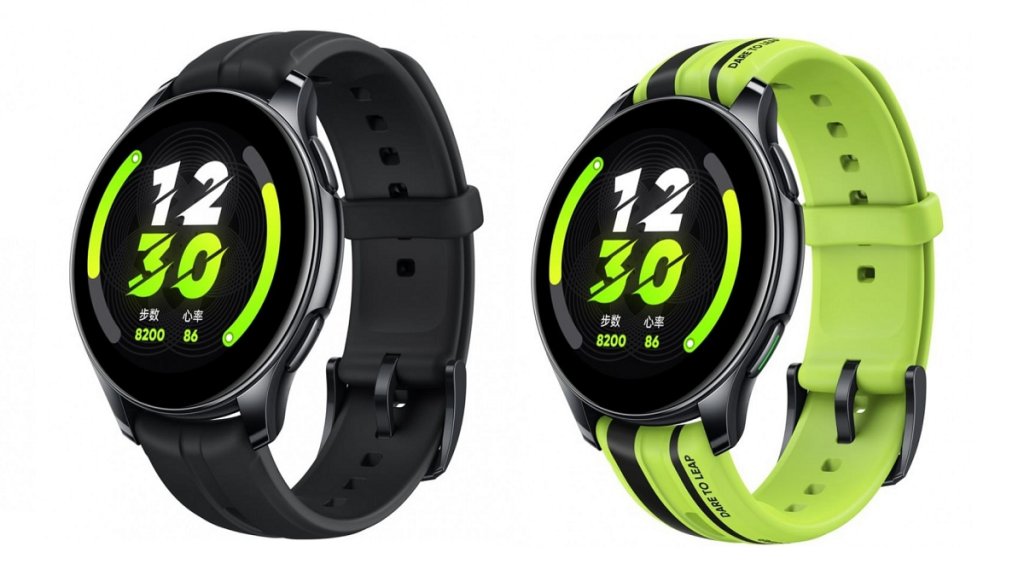 The smartwatch is able to withstand 5ATM of pressure and it is water-resistant up to 50 meters which is great if you are a swimmer or someone who does a lot of water sports and stuff. The battery is advertised to last seven days of endurance as per Realme with a 228 mAh capacity and takes just about 35 minutes to fully charge to its full capacity.

Realme Watch T1 is packed with a lot of features including 110 sports mode which includes sleep tracking, walking, and others. There’s a blood oxygen level monitoring, stress, and heart rate monitoring system on-board as well. You get Bluetooth v5.0 connectivity with the device that you can use to pair with the smartphone along with the ability to connect to Bluetooth speakers and earphones wirelessly without requiring a smartphone as a medium. There’s 4GB of storage so you can store plenty of songs for yourself.