Samsung Galaxy F62 launching on February 15 at noon on Flipkart

South Korean giant Samsung is yet again in the news with the upcoming launch of Galaxy F62 in India in mid-February. Although Samsung didn’t specify any launch date earlier, Galaxy F62’s listing was recently spotted and is now updated on the Indian e-commerce website Flipkart.

According to the promo page set up by Flipkart, the upcoming Galaxy F smartphone sports a quad-camera. Earlier, the listing mentioned that it will add more details about the upcoming device on February 8 and Flipkart actually did the same.

There are just a few details that were mentioned on the Flipkart listing which includes a quad-camera setup arranged in a square-shaped camera bump and located on the top-left corner of the back panel. Unlike earlier when the front camera wasn’t visible on the listing, the new listing shows a punch-hole cut-out right at the center of the top edge along with a chiseled chin and bezels that are squeezed to give it an uber premium look and feel. 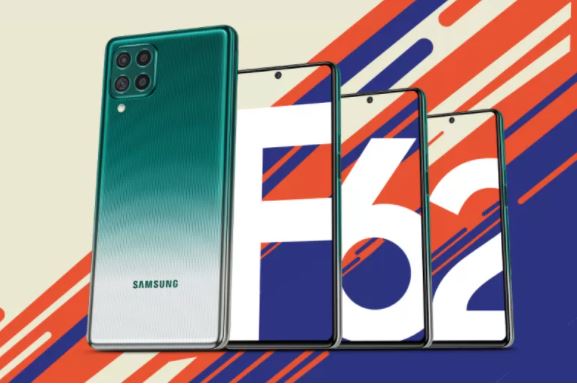 A volume rocker can be seen on the right side of the frame along with a power button that doubles as a fingerprint snapper as well. A USB Type-C can be spotted at the bottom although it is pretty mainstream nowadays. We aren’t aware of the actual charging speed yet. It is likely to get a massive 7,000 mAh battery with 25W charging speeds as it was spotted on Galaxy M62’s listing which is a rebranded version of F62 and vice versa.

According to the listing, the Galaxy F62 sports an Exynos 9825 SoC under the hood manufactured on a 7nm node and it is capable of producing an AnTuTu 8 score of 452,000+ and 2,400 points on multi-core test on Geekbench 5.

There are plenty of reports about Samsung Galaxy F62 specifications according to which, the device will sport a 6.7-inch Super AMOLED display hosting a 32MP selfie camera and finally, a 64MP primary rear sensor as well. It will have 6GB RAM with 128GB of storage and a few other storage configurations too. The device is likely to arrive with Android 11-powered OneUI 3.1 out-of-the-box.

Samsung Galaxy F62 is launching in India on Flipkart on 15th February at noon. Check out the listing here.