After making a huge splash on the global markets, Samsung Galaxy Fold is finally arriving in India with pre-orders starting as early as October 4 (Friday) and deliveries are expected to commence from October 20.

Interested customers can pre-order their own Samsung Galaxy Fold in India at a whopping price tag of INR164,999 which is around $2,320 and yes it is more expensive than the U.S. variant released on September 27 at $1,980 in the United States. Customers can pre-order their devices through Samsung Shop (online and offline) and will be available across selected retail outlets in over 35 cities in India and will be delivered via a Concierge.

Don’t get flabbergasted with the price tag as there’s something more that you’ll get apart from the device. At INR164,999, you also get 24×7 technical support to all Fold users where they can ask questions & assistant about using the foldable device and how to get around the many complications that might come across. Furthermore, users will get a one-year Infinity Flex Display Protection that covers the phone from accidental damage protection for a period of a year along with a one-time free screen replacement. 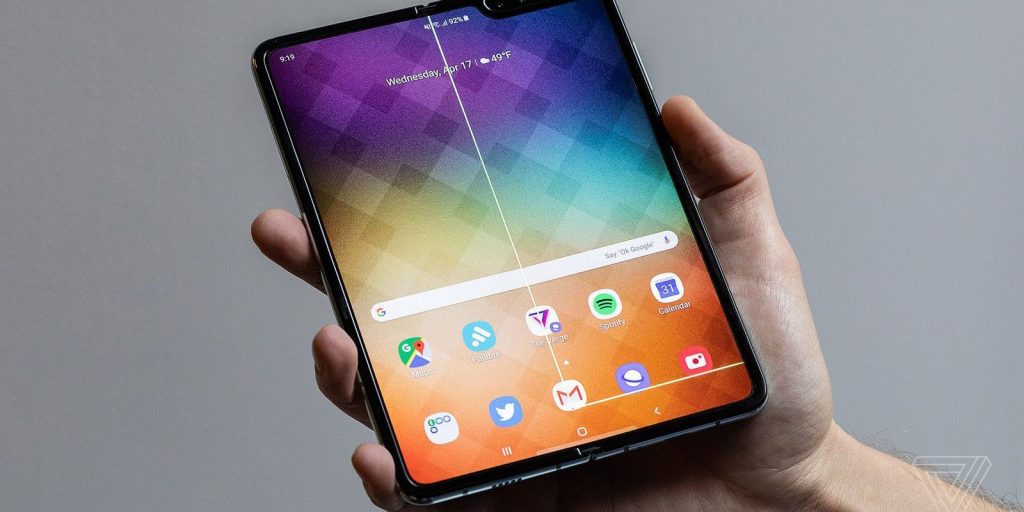 Apart from that, the users will also get Galaxy Buds along with Aramid Fiber case that will keep the device safe from drops or sudden complications with the hinges and the foldable display. The device has a 7.3-inch primary foldable AMOLED Display along with a secondary 4.6-inch AMOLED display on the back which is fully operational upon folding the device which appears as two phones stacked onto one another when folded.

Furthermore, the device comes preloaded with 12GB RAM and Snapdragon 855 SoC and has a 512GB storage and has a battery pack of 4,380 mAh and has a camera setup of six sensors. Galaxy Fold underwent a massive makeover over a period of several months after a few review units were found to have complications with hinges and foldable displays after which, it was recalled and has been reintroduced in early September first in South Korea followed by its launch in some European countries on September 18 and U.S. release on September 27.