Xiaomi Mi 11 Lite to arrive with Snapdragon 780G; Mi 11 Pro/Ultra to be China-exclusive

Xiaomi will unveil the Mi Band 6, a new Mi Mix, and Mi 11 series at today’s global product launch. Well, to shed some light on today’s event, we have some leaks regarding Mi 11 Lite that will have the latest Qualcomm Snapdragon 780G chipset. There’s more news around the entire Mi 11 series so read along.

Talking about Mi 11 Lite, Xiaomi created a post on Weibo teasing that the Mi 11 Lite will have a Snapdragon 780G processor. It is the latest in the 7-series lineup from Qualcomm and manufactured on a 5nm fabrication node. It will be joined by Adreno 642 GPU that will take on the graphics processing of the device.   It is fast and has a Snapdragon X53 5G Modem-RF System capable of reaching a whopping 3.3Gbps download speeds at max. The chipset has a triple image signal processor (ISP) capable of rendering 4K HDR shots with computational HDR and HDR10 video. 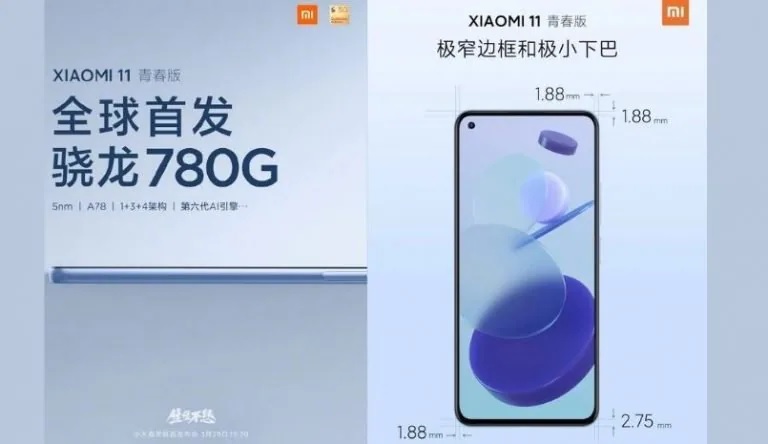 We don’t know exactly all the specifications for Mi 11 Lite but just the ones that were leaked or tipped. This include a *.55-inch FHD+ panel with 1080×2400 pixels resolution. It will sport a *4MP triple camera setup at the back. It is likely to have a 4,250 mAh battery and it is supplied with 33W fast charging tech. The device is likely to have a *GB/*4GB and 8/128GB storage configurations. The device will arrive with its siblings Mi 11 Pro and Mi 11 Ultra. And yes, it will be sold globally in both 4G and 5G.

Apparently, Mi 11 Pro and Mi 11 Ultra are likely to be launched as China-exclusive. Although both the devices will be introduced at the global launch event, both will arrive in China only. This comes from a Twitter handle by the name “Xiaomiui”.

Watch out for the massive launch today at 7:30 GMT.