It’s official! Xiaomi Redmi Note 8 Pro is the first smartphone to get 64MP camera and the title is here to stay. Xiaomi teased about Note 8 Pro sporting a 64MP sensor earlier this month at the same time when Realme made a statement that it will be launching a phone with 64MP sensor which as a matter of fact, didn’t go through as Realme 5 series didn’t get the 64MP sensor and the launch for Realme XT supposedly sporting the 64MP camera is now pushed to September 5. On the other hand, Xiaomi made the Note 8 series official today on Thursday and here are all the details. 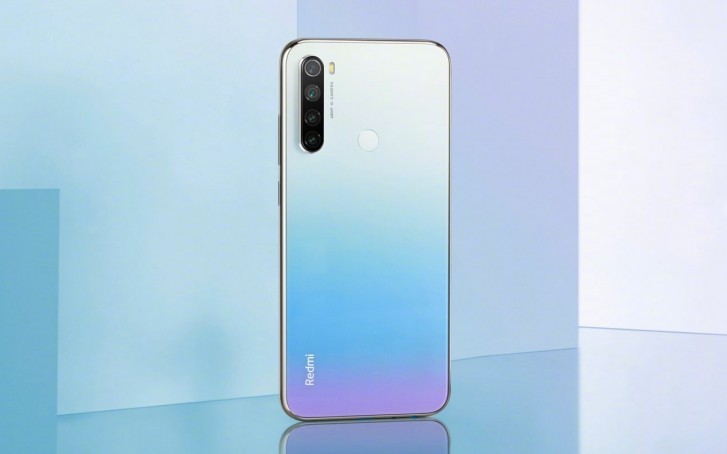 Tagged as the affordable version under the spectrum of Redmi Note 8 series, the Note 8 sports a 6.3” LCD FHD+ display and runs on MIUI 10 based on Android Pie 9. The phone is powered by a Snapdragon 665 11nm octa-core processor with four high-performance Kryo 260 cores with a maximum frequency of 2.2GHz while the rest are tuned as power-efficient cores at 1.8GHz.

The device has a quad-camera setup on the left side (when viewed from the back) which includes a 48MP Samsung ISOCELL GM2 sensor that the South Korean giant revealed along with its 64MP variant. Other sensors include a trio of 8MP ultra-wide-angle lens flanked with 2MP macro lens and a 2MP depth sensor. The front is a 13MP selfie camera tucked nicely in a waterdrop-shaped notch capable of recognizing plenty of scenes and it is packed with its infantry of AI features. 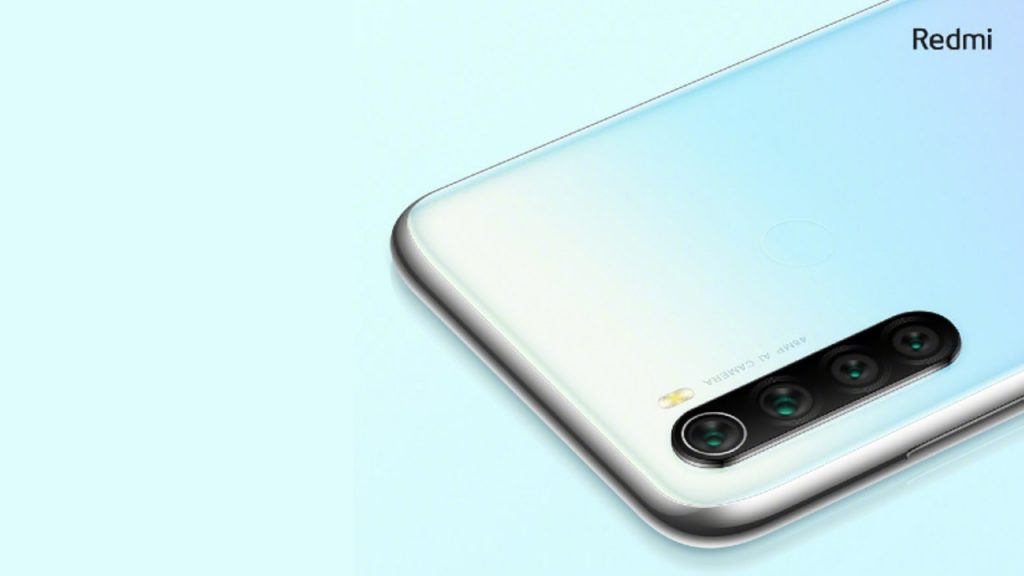 The overall design looks plush with curved edges, posh back panel with a rear-mounted fingerprint scanner, the camera rig and ‘Redmi’ branding on the side while leaving a lot of space empty for others to stare and admire the beauty the phone brings onboard. The phone is backed with a massive 4,000 mAh battery capable of charging at a high-speed of 18W and yes, there is a 3.5mm headphone jack too. Available in Dream Blue, White, and Black, the phone has three trims i.e. 4GB+64GB available at CNY999 ($140 or Rs 10,000), 6GB+64GB at CNY 1,199 ($167 or Rs 12,000) and finally, the top-line 6GB+128GB at CNY 1,399 ($195 or Rs 14,000) which is highly competitive and much lower than the newly launched Xiaomi Mi A3. The first sale slated for Redmi Note 8 is on September 17. 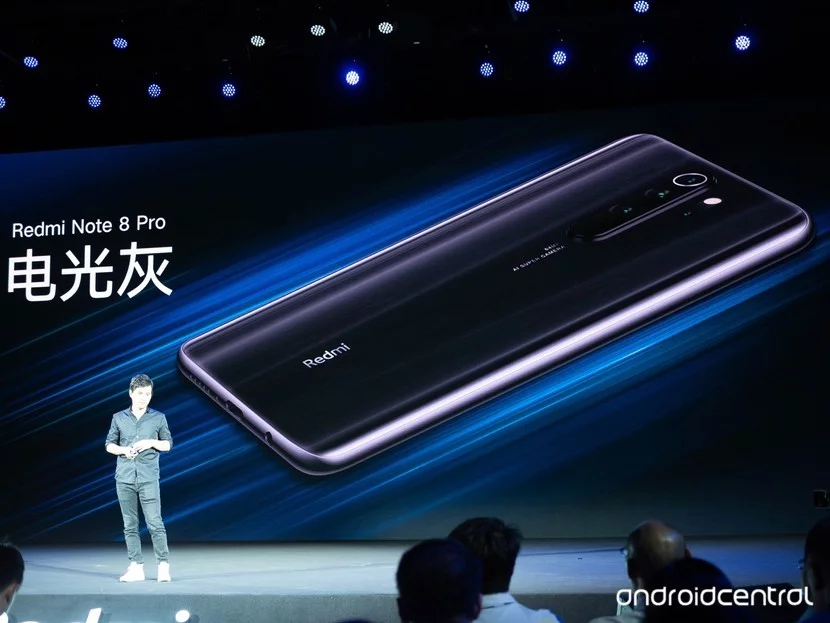 Drumroll, please! Introducing the first-ever phone with a 64MP sensor Xiaomi Redmi Note 8 Pro which uses Samsung ISOCELL Bright GW1 64MP sensor capable of shooting images at awesome clarity thanks to its 4-in-1 Pixel Binning technology that lets users squeeze four pixels into one to produce highly-detailed images at 16MP.

Xiaomi Redmi Note 8 is the elder brother to the affordable Note 8 Pro and can be easily recognized as its quad-camera setup is affixed in the center, unlike Note 8’s left side. Talking about the specifications, the phone has a beautiful 6.53” LCD FHD+ display with a waterdrop-shaped notch that tucks in a beefy 20MP sensor. Xiaomi has worked a lot for sure to squeeze the bezels around its edges with the chin being just 4.2mm thick so kudos for the Apple of China.

Redmi Note 8 Pro runs on the newly released MediaTek Helio G90T gaming processor flanked with 6GB/8GB RAM and 64GB/128GB storage configurations. It is also the first phone in its price range to offer a liquid cooling chamber capable of dissipating heat and subdue overheating which is a useful feature on gaming phones and uses both Wi-Fi and 4G to toggle in-between to ensure seamless gaming at all time. 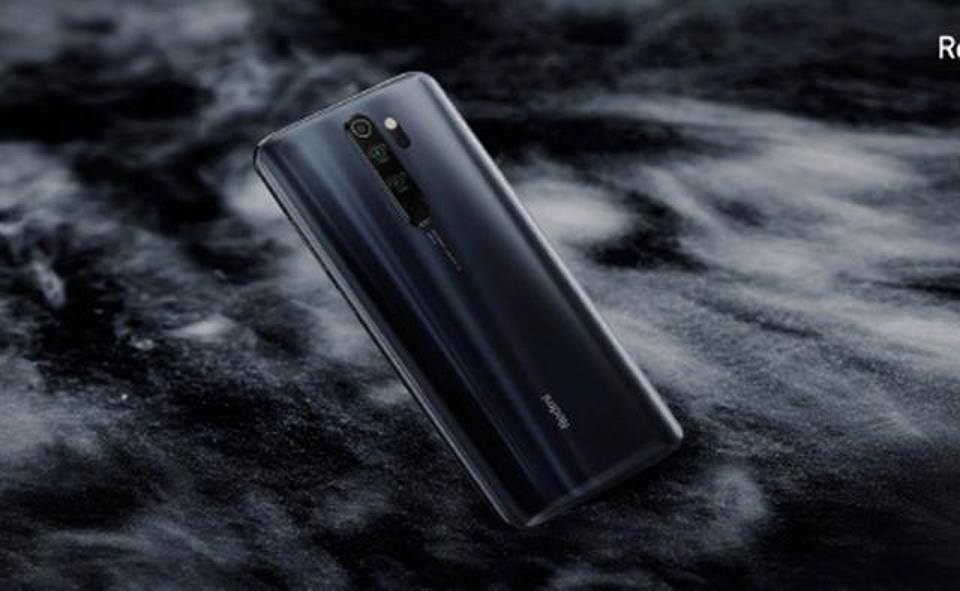 Moving further, the device available in White, Green, and Black has a quad-camera setup at the back with the primary being officially the largest 64MP sensor unless Samsung unveils its upcoming Galaxy A series smartphone with 108MP sensor. Furthermore, the primary sensor is combined with 8MP ultra-wide-angle shooter plus 2MP macro and a 2MP depth sensor located right in the upper-center in a vertical alignment when viewed from the backside.

The phone retails its 3.5mm headphone jack as Note 8 as well along with USB Type-C port plugging which, the users can charge the beefy 4,500 mAh battery at a fast rate of 18W which is just a bit less than what OnePlus 6 offers.