The successor to Samsung Galaxy A11, the Galaxy A12 has been spotted on Geekbench listing bearing model number SM-A125F. The phone is reportedly the successor to May 2020 launched Galaxy A11 and shows a few upgrades on-board.

According to the listing for SM-A125F, the device features a MediaTek Helio P35 (MT6765) octa-core processor clocked at a max 2.30GHz. The device packs in 3GB of RAM and runs on 2019’s Android 10 based OneUI out-of-the-box, The device is speculated to arrive with two storage configurations probably 32GB and 64GB although take it with a pinch of salt at this moment. The device is likely packing in a triple rear camera setup and a punch-hole at the front.

Per the Geekbench listing, the device with model number SM-A125F scores a single-core test scoring 169 points while its multi-core test scored 1,001 points. No doubt Galaxy A12 is a budget phone given the specifications and especially as it is a successor to a budget phone itself. 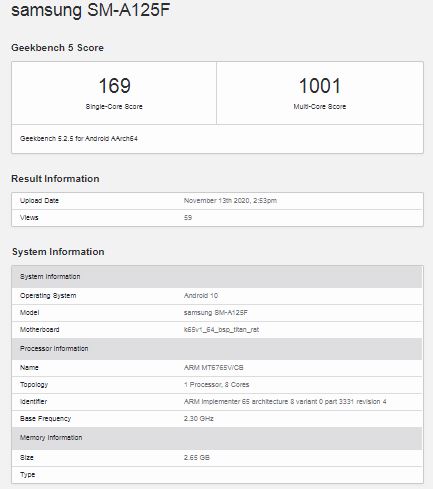 To put things into context, the Galaxy A11 packs in a 6.4” HD+ Infinity-O display along with a triple 13+5+2MP camera setup. It also comes with a 4000 mAh battery under the hood paired along with 15W fast charging tech. Its front camera is an 8MP sensor. It had a 3GB+32GB storage configuration with a Soc powered at 1.80GHz.

According to a previous report, there’s a different RAM variant as well although it remains unknown what configuration the 64GB storage variant arrives with once it is official. The display is LCD as you have seen on-board Galaxy A11 and packs in an even larger battery as per a previous report. Furthermore, the phone will be available in White, Red, Blue, and Black color variants.

South Korean giant Samsung filed for its trademark back in January 2020 and it remains to be seen when exactly the device rolls out officially. 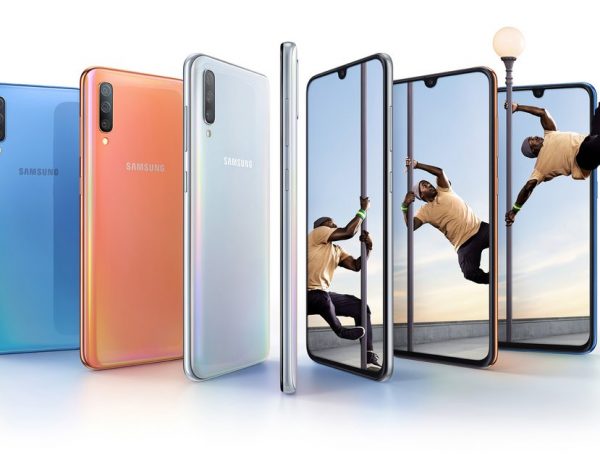 Android Android Devices Featured Samsung
Samsung 2020 A-series Galaxy A11, A31, A41 lineup to get 64GB base storage