Realme X3, X3 SuperZoom to Launch in India on June 25: Everything you need to know

The pricing of the series is not yet announced but considering the name — Realme X3, it is likely to be the successor of the Realme X2, which was released last year. The Realme X2 featured Qualcomm Snapdragon 730G SoC and was made available at 17,999 INR for the 4 GB RAM and 64 GB onboard storage variant. Considering all this, we can expect the Realme X3 to launch at around 20,000 INR. The Realme X3 SuperZoom, on the other hand, was already released with a price of EUR 499 which roughly translates to 43,000 INR for the 12 GB RAM and 256 GB configuration. At this price point, it has to compete with OnePlus 8, iPhone SE 2020, and etc. There is also an 8 GB RAM and 128 GB storage variant available in Realme X3 SuperZoom, but the company did not make the pricing official yet!

According to a few speculations, the company might also unveil the Realme X3 Pro in the same event. This particular device kept leaking consistently in the past few weeks. This phone is said to pack a dual-cell battery system just like its predecessor Realme X2 Pro. The development was spotted on the TUV Rheinland Japan certification and also has been spotted on Google Play Console and Indian BIS certification suggesting the imminent launch. But then again, the launch invite did not provide any information regarding the same. 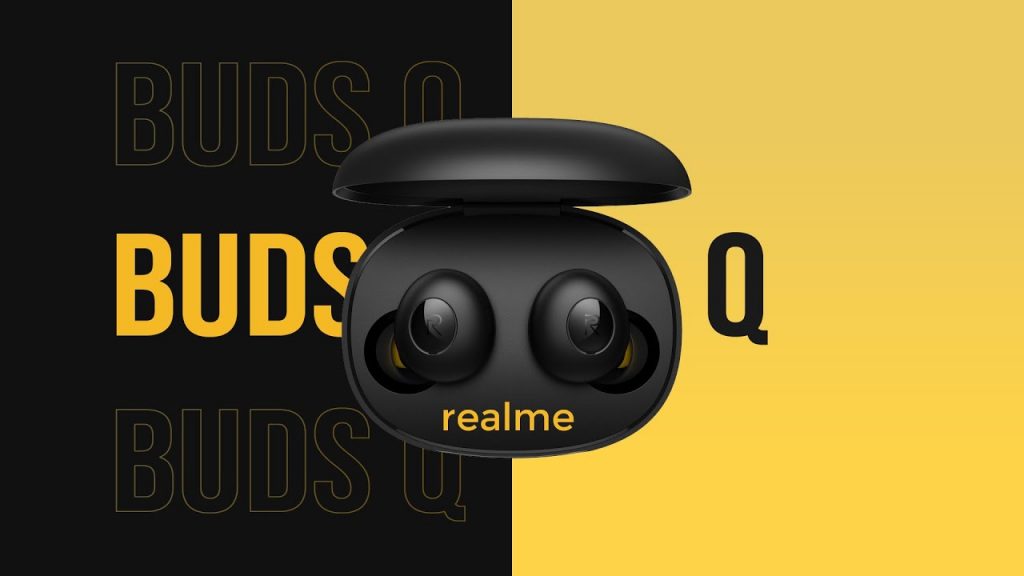 As mentioned earlier, the company might also launch the Realme Buds Q which were already announced in China. These pair of TWS earphones were made available at a price of 129 Yuan which roughly translates to 1,400 INR. Buds Q could be the Realme’s take on Redmi Earbuds S which was launched last month. As for its specifications, Buds Q comes with 10mm drivers and have Bluetooth 5.0 connectivity technology. It also features the IPX4 water and dust resistance. These earbuds will also feature touch inputs for controls and a latency rate of 119 milliseconds.

Underneath the hood, the device will be powered by Qualcomm Snapdragon 765G SoC. The 765G is the gaming-oriented variant of the standard Snapdragon 765 processor. The 765G houses an octa-core processor with eight Kryo 475 cores divided into two clusters. The chipset does support 5G out of the box. Adreno 620 handles the graphic duties here. As for the storage variants, the device is expected to come in three variants according to TENAA listing. The base variant comes with 6 GB of RAM and 64 GB of onboard storage and top variant comes with 12 GB RAM and 256 GB of onboard storage.

The device is expected to come packed with the similar camera setup found on the Realme X3 SuperZoom but without those 60X zooming capabilities. The primary sensor here is expected to be 48 MP sensor with F/1.8 aperture. The secondary sensor is an 8 MP sensor with F/2.2 aperture which is an ultrawide angle sensor. The tertiary is a 2 MP macro sensor with F/2.4 aperture. The fourth sensor is expected to be 2 MP depth-sensing unit. On the front, there is a 16 MP selfie shooter with F/2.2 aperture. The Realme X3 runs Android 10 out of the box with Realme UI on top. A side-mounted fingerprint sensor, 3.5mm headphone jack, USB Type-C, etc takes an account here. All this is powered by 4100 mAh battery with support for fast charging.

The Realme X3 SuperZoom boasts a 6.6-inch IPS LCD display with a resolution of 1080 x 2400 pixels. The refresh rate of this display is 120Hz and the aspect ratio is 20:9 with a pixel density of 399 PPI. The screen to body ratio of this display is 84.7%, thanks to the punch-hole display notch. The display glass is protected by Corning Gorilla Glass 5.

Under the hood, the device is powered by last year’s Qualcomm Snapdragon 855+ SoC. This SoC integrated a fast ‘Prime Core’ that clocks up to 2.96 GHz and three fast ARM Cortex-A76 performance cores which can reach up to 2.42 GHz. These are also complemented by four power-saving ARM Cortex-A55 cores that clock up to a maximum of 1.8 GHz. Adreno 640 handles the graphic duties here. The device is expected to come in two variants including 8 GB of RAM and 128 GB of onboard storage. The top variant is expected to come with 12 GB of RAM and 256 GB of onboard storage.

As for the optics, the Realme X3 SuperZoom comes with a Quad-Rear camera setup with 64 MP primary sensor with F/1.8 aperture and 1.8um pixel size. The secondary unit is an 8 MP periscope telephoto sensor with 5X optical zoom and 60x zooming capabilities. The tertiary is also an 8 MP sensor but an ultra-wide-angle sensor with F/2.3 aperture. Lastly, there is a 2 MP macro sensor for close up shots with a maximum aperture of F/2.4. On the front, there is a dual-camera setup embedded in the punch-hole display notch. The primary sensor is a 32 MP F/2.2 sensor and the secondary sensor is an 8 MP ultrawide for group selfies.

The Realme X3 SuperZoom runs Android 10 with Realme UI skin on top. Realme UI is ripped off version of Oppo’s Color OS which also comes with a ton of pre-installed features. The side-mounted fingerprint sensor, USB Type C takes an account here. All this is powered by 4200 mAh battery which supports 30W fast charging which can charge the device to 100% in 55 minutes.