DOOGEE’s smartphone prototypes give a glimpse at the future

DOOGEE has influenced the tech field in a very different manner compared to what the tech giants like Samsung, Apple, and Google have done. The company made an appearance at the Mobile World Congress held in February this year where it brought out some of its prototype smartphones into the open, which included the DOOGEE V BL12000, Mix 3, Mix 4, and the X series (which includes four devices). The Chinese smartphone manufacturer has now revealed that it is working on four new prototypes which will change the whole perspective of how we use our smartphones. 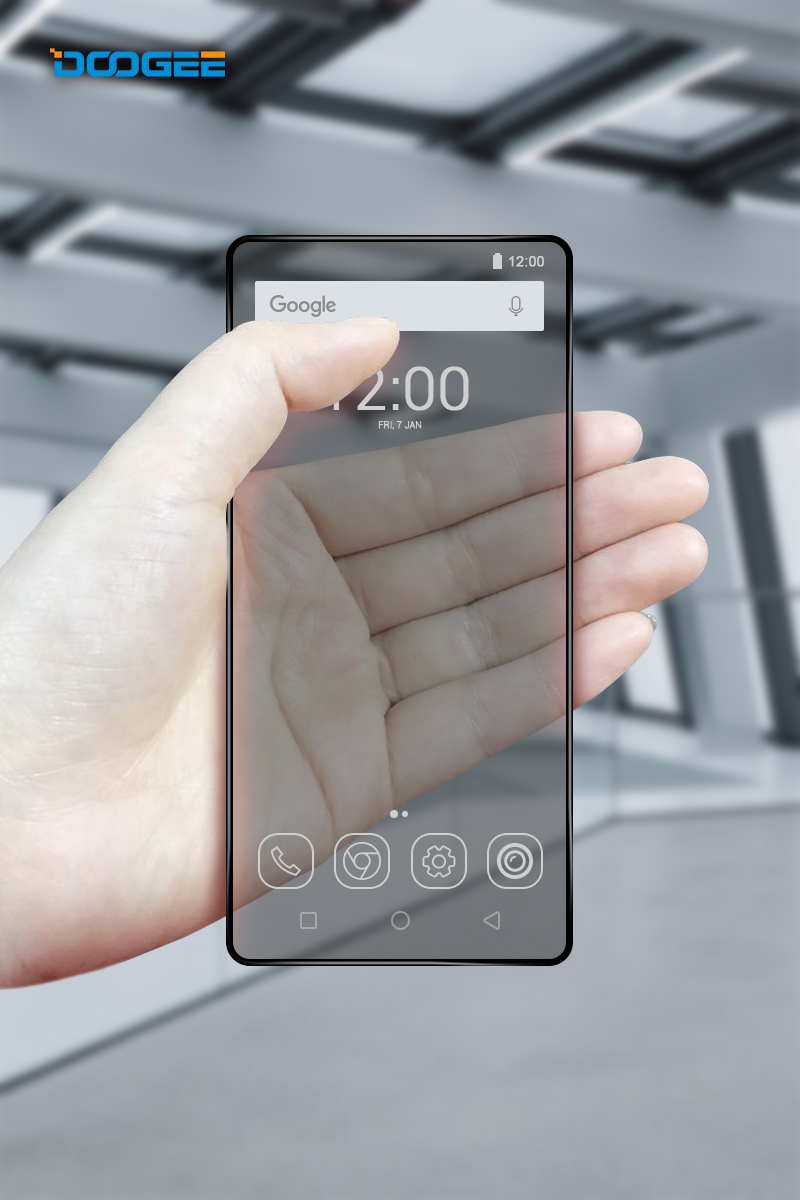 DOOGEE is working on a device named TT, where, according to the brand promotion director at DOOGEE, the ‘T’ represents transparent. The device is said to be an eye-catching smartphone with a see-through body technology which will be essentially a piece of glass. He further added that this type of design will create a hype among people since no circuit and other components of the device are visible. The most significant part of the smartphone will be the transparent glass itself.

Apparently, the glass can protect the user from tripping while walking on the road because he/she can see the path easily through the smartphone. According to the company, this smartphone could revolutionise the tech field and adds that once the liquid crystal molecules inside the glass are stimulated by the electric current, they will be rearranged to form texts, icons, and images. The device’s transparent glass raises yet a serious question about the user’s privacy. 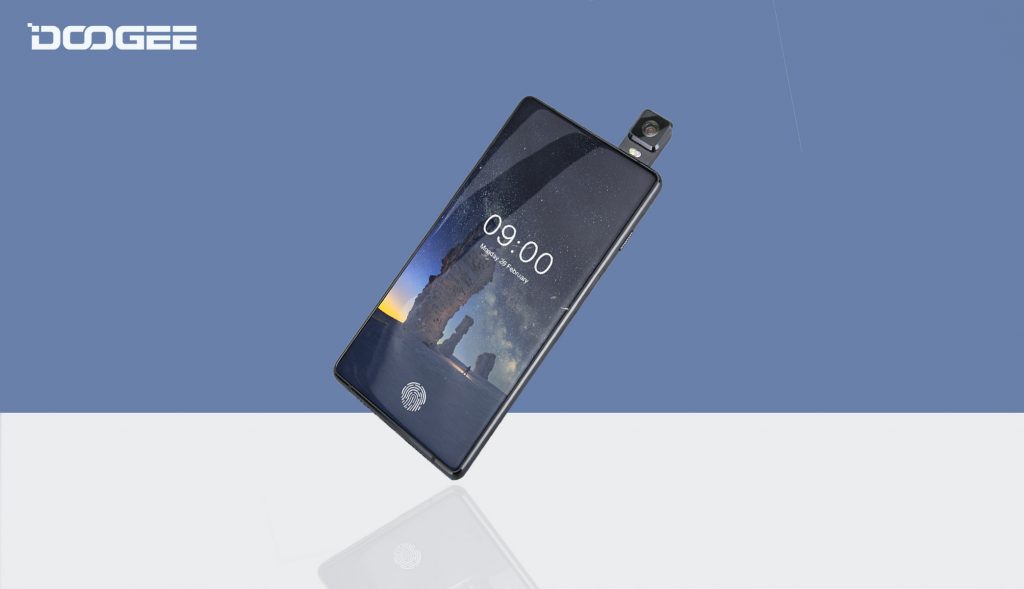 The Chinese brand seems to be getting closer to adopting the 100 percent screen to body ratio feature to be possibly seen in their future smartphones. No company has been able to provide a smartphone with a 100 percent screen to body ratio. Somehow, something comes in between, like a notch, making a bezel-less design technically impossible currently. DOOGEE plans to bring something new to the table with another of its prototypes, the Mix 3.

It apparently will house an in-display fingerprint sensor which was earlier brought to our attention by Vivo. One might wonder where the company might place the front camera and all the other sensors. The Mix 3 will have its camera located on the back held in place with the help of a flip holder which can be brought forward with just a push for being used as the front facing camera. Basically, the device will use one camera for both the front and rear. This is something arguably new and will probably turn a lot of heads. 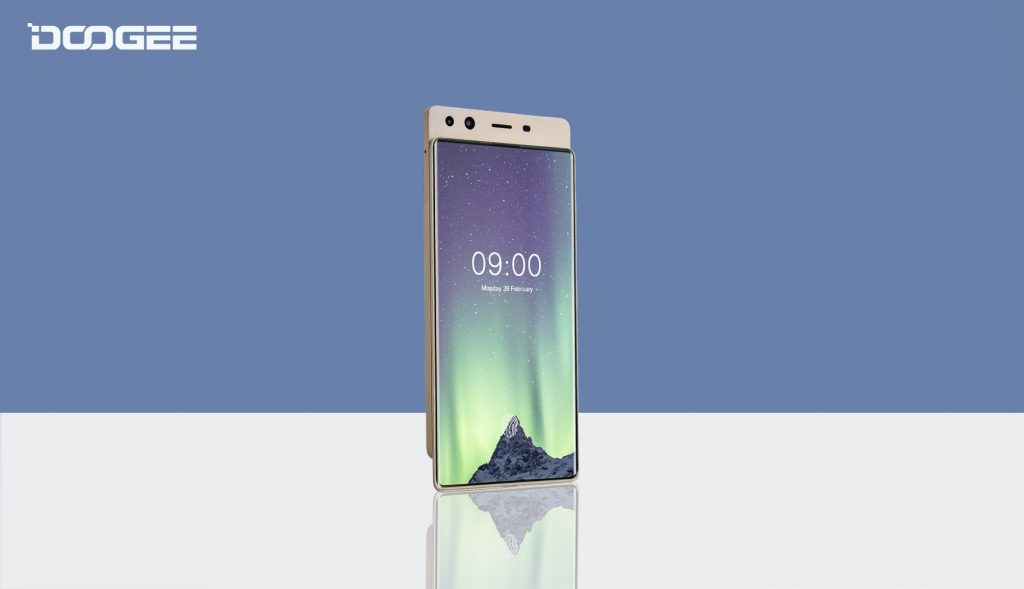 DOOGEE has created a near bezel-less device with a 5.99-inch display and it doesn’t even have a notch. The camera is exposed with a minimal sliding mechanism which we’ve seen in the past with Sony Ericsson devices and others. The rear sliding portion also houses the front camera, light sensors, and the speakers. The device was brought to light by a tech YouTuber Arun Maini, better known by his channel name Mrwhosetheboss.

Arun posted a video of him unboxing the prototype device which was provided by the company itself. The Chinese company is living up to its standards and its promise of changing the entire look of a smartphone which could solve the debate of the notch as well as hide all the fat bezels. The company might have been inspired by what HTC did back in the day with its HTC 7 Surround, which used a slider to hide the front facing ‘boombox’ speaker.

The video revealed that the screen size of the handset is similar to the Samsung Galaxy S9 with the screen to body ratio nearing 97 percent. Reports suggest the device will come with an in-display fingerprint sensor and will be a bit thick at 11mm. There has been no news about the specifications of the device, however, the company did tell the YouTuber about their plans of including a Snapdragon processor. 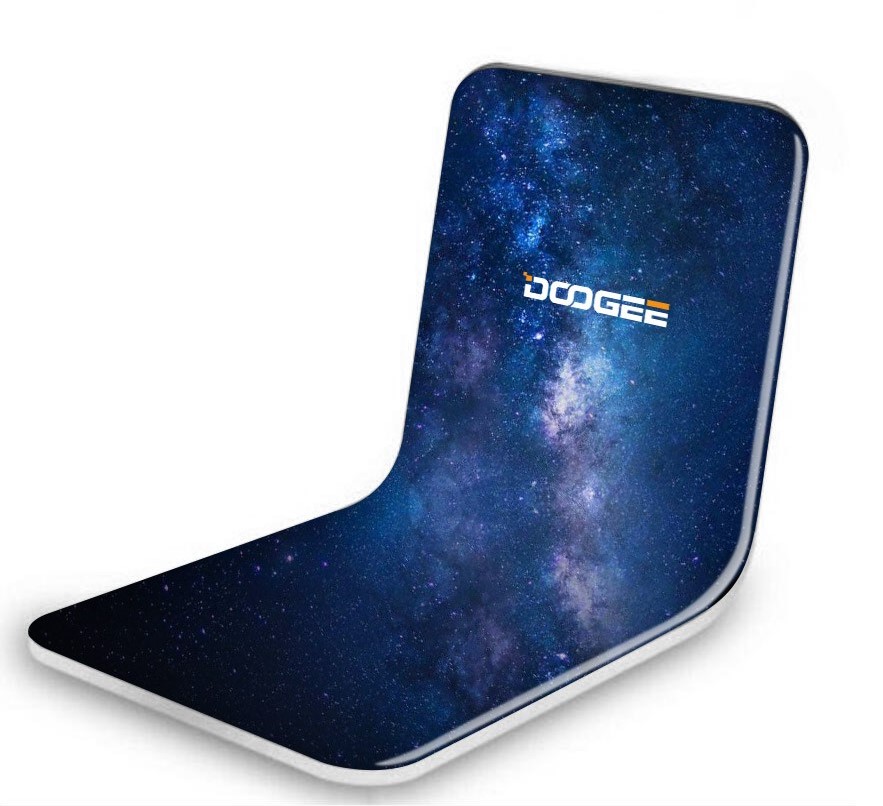 The company feels like the smartphones nowadays are too mainstream and its time to create foldable and flexible ones, in line with Samsung’s similar plans. The model name of the device has not yet been announced but it is said to be a bezel-less device which can be folded lengthwise. Samsung and Apple have already patented their ideas for a device of such type while DOOGEE can make use of the AMOLED screen in a better way with its wider vision experience.

All the aforementioned devices are all just prototypes and concepts as of now. The DOOGEE TT, Mix 3, Mix 4 and the unnamed flexible smartphone are most certainly under development but are still far from their roll out in the open market. DOOGEE and all the other brands investing in developing of these enticing technologies will take several more months, if not years, to make such products commercially viable.