The hype around upcoming Samsung’s Galaxy S10 series is now reaching to its peak. We are now less than a month away to check out the most anticipated devices at the moment, Samsung Galaxy S10 series. As the launch creeps closer, the rumour mill is spinning lots of information regarding the phone’s look, design and specs. Earlier, we have seen some encased renders of the Galaxy S10 family, and now, Samsung Galaxy S10+ has been allegedly spotted on a Korean website, showing off the live unit for the second time. 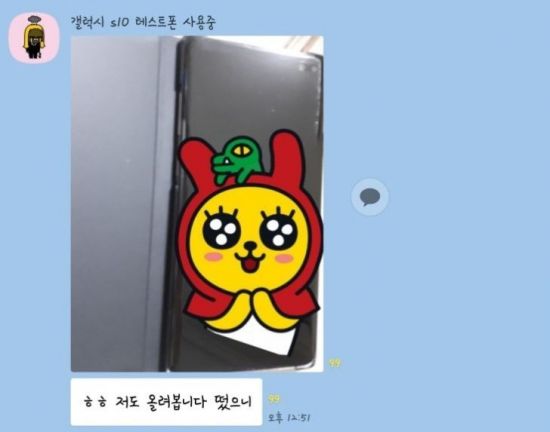 The live image of the phone (above) shows the device with a promising design, confirming that the leaked renders of the device that have previously surfaced are in fact accurate. Despite the picture looks quite blurry, it gives a clear insight into the phone’s front design. The device can be seen with a curved screen, housing extremely trimmed bezels around it.

Looking closely, you will notice a punch hole camera, which Samsung calls the infinity-O display.  The punch hole comes with not only one, but two cameras on the front. Unfortunately, the blurry image only manages to shows off the phone’s front, not the back. Though the previously leaked encased renders of the phone have shown that the Galaxy S10+ will have three cameras at the back. 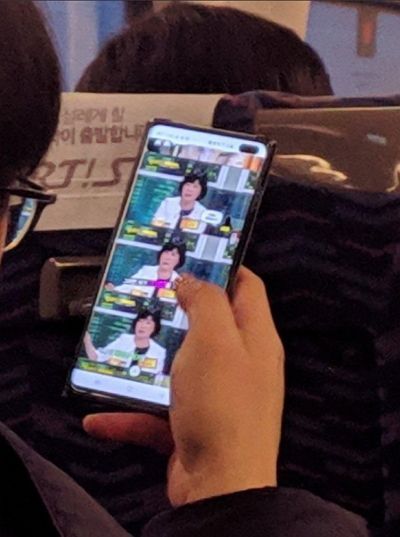 As per the launch date, Samsung has already sent out invites to an Unpacked event on Feb. 20 in San Francisco. Samsung Galaxy S10+ is expected to sport a 6.4-inch curved Super AMOLED high-quality Infinity-O display. Similar to Galaxy S10, it will too feature an in-display fingerprint scanner. Ice Universe posted that the device might feature a chunkier 4,000mAh battery and will be a subtle 7.8mm thick. In order to check more, follow the link. Stay tuned for further updates.