Geekbench Reveals Pixel 4a with 6 GB RAM and Snapdragon 730

Last year we saw the mid-range smartphone from Google i.e., Google Pixel 3a and 3a XL. Similarly, Google will launch the Google Pixel 4a series but from a few reports, we got to know that this year Google will only release the Pixel 4a and skipping the XL variant. The reasons are still unknown, waiting for Google’s response to clarify the same. Well, that is a topic for another blog, in this article we are going to discuss the Geekbench reveals of Google Pixel 4a.

A recent report in Geekbench shows us the detailed scores of Google Pixel 4a codenamed as Google sunfish. The test was performed on Google Pixel 4a running on Snapdragon 730 SoC and 6 GB of RAM. The test has happened over the Android 10 OS. It also got a decent score of 2529 and 6366 for single-core and multi-core respectively. 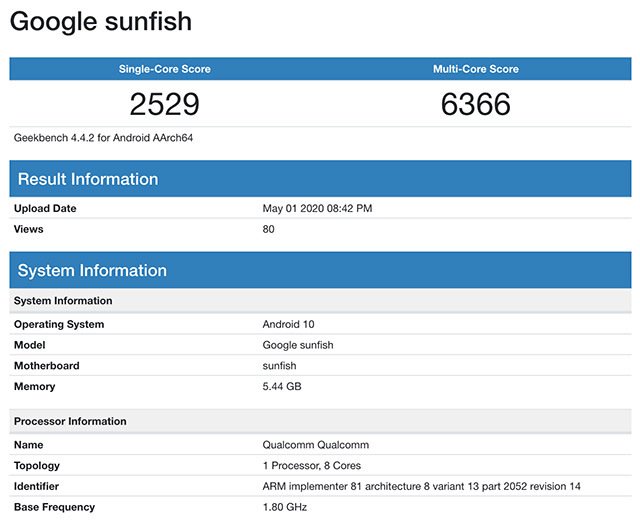 What Do We Already Know About Pixel 4a?

The name for the device is confirmed, Pixel 4a of course. On aesthetics and display, the Pixel 4a has a plastic body, with a screen size of 5.81-inches OLED FHD+ panel with a resolution of 2340 X 1080. The device will have a punch-hole front camera and no face unlock or any of that fancy stuff.

On processor end, the Pixel 4a will be having Qualcomm Snapdragon 730 chipset having eight cores out of which six cores operate at 1.8GHz and two high-performing cores clocked at 2.2GHz. GPU is Adreno 618. There will be Google’s security chip, the Titan M but Pixel Neural Core will be absent.

The Pixel 4a will feature a 3080mAh battery along with 6GB of RAM and if leaks are to be believed, there will be two storage options available 64GB and 128GB. It will have a USB-C type charging slot with 18-watt fast charging and Google is again skipping Qi wireless charging for mid-rangers. 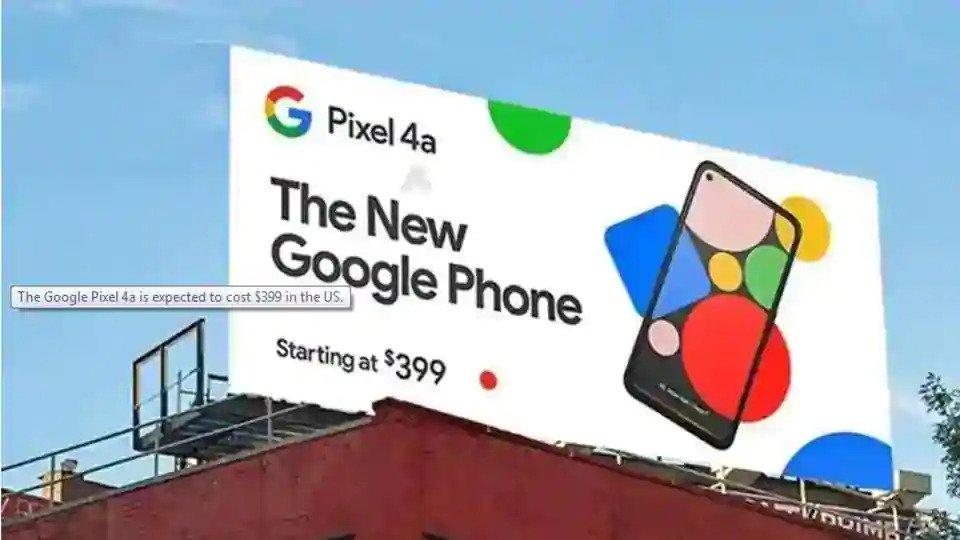 And the Pixel devices are known for their camera so Google isn’t likely to compromise on it at all. The hardware isn’t that intriguing: Pixel 4a will be having a 12.2-megapixel primary camera with OIS/EIS and autofocus. On the front will be an 8-megapixel shooter with an 84-degree field of view.

The camera hardware might not be the most compelling but we know that its image processing software creates magic.

If we talk about pricing then, the device is likely to be priced at about $399 that is around Rs 30,000 in India. The pricing was earlier revealed by a flex board in Germany that was placed by Vodafone. And it reportedly going to launch on May 22, which was revealed by an internal document of a mobile operator Vodafone from Düsseldorf, Germany.