The new Google Pixel 6 series is here and it is rocking. It arrives with a proprietary in-house Tensor SoC that powers both devices. It is the first SoC to feature two Cortex-X1 cores instead of one compared to just one big core on Qualcomm Snapdragon 888.

Made on a 5nm node, the CPU uses a tri-cluster arrangement. This includes two Cortex-X1 (as aforementioned) cores clocked at 2.8 GHz followed by two mid-level Cortex-A76 cores clocked at 2.2GHz and finally, four power-efficient Cortex-A55 cores clocked at a frequency of 1.8GHz. The big cores aka Cortex-A76 are from last year and not the A78 used by the flagship chipset this year. The Tensor SoC from Google has an ARM Mali-G78 GPU that handles all the graphics processing on the device. It is approximately 370 percent faster than Pixel 5. 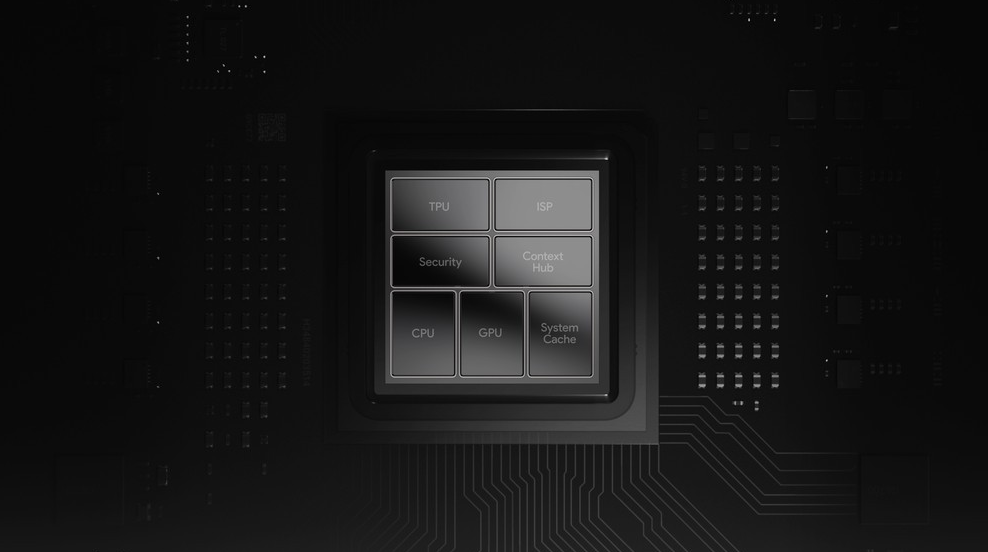 Google’s Tensor SoC is big on both artificial intelligence (AI) and machine learning (ML) applications. Co-designed by Google Research and Google, the SoC offers plenty of features such as Face Unblur, Motion Mode, speech enhancement mode for videos, as well as HDR for photos uses image stacking technique capturing frame at 60fps while its video counterpart is called HDR Net that should grab videos at 4K60fps without much of the fancy image stacking here.

With the Live Translate feature, Pixel 6 translate messages and videos at lightning-fast speed. WhatsApp, Recorder, Messages, and others will be able to use this feature. Plus, it works 80 percent faster than the chipset you will find on Pixel 5. Next up, Tensor SoC comes with the Titan M2 chip that will act as an extra layer towards malware and other attacks on the system. It will protect all sensitive user data withstanding attacks including voltage glitching, electromagnetic analysis, laser fault injection, and others.

Face detection on Tensor has been improved on the camera as well, allowing for better locating and focusing on the subject. Face unblur is another feature that uses Google’s image-stacking techniques that fires up the second cam when detecting blurred faces and accounts for it using usual exposure from the primary cam and a faster exposure from the secondary cam.