With an array of powerful phones in the past couple of years, the Huawei P8, P9 and P10 to be precise, Huawei has managed to blossom a robust brand value. Following the trend, we were expecting the brand to launch a P11, however, these new design leaks suggest otherwise. These new alleged design leaks or patents claim the Huawei P20, P20 Plus, and P20 Pro to be the next generation of the P-series. 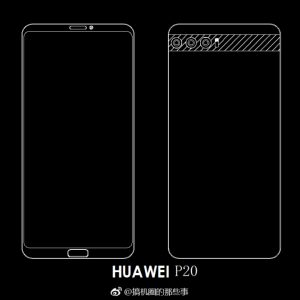 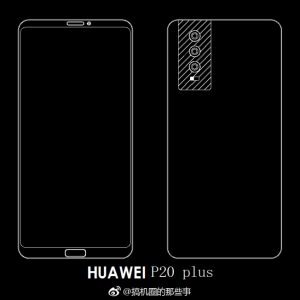 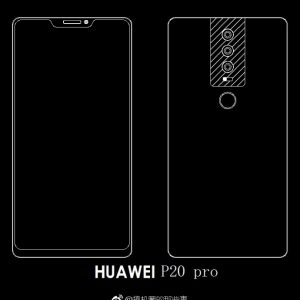 The very surface of the aforementioned schematics reveals three variants of the upcoming Huawei flagship line up – the Huawei P20, the Huawei P20 Plus and the (probably) maxed out P20 Pro. The leaks also indicate that all the three variants will feature a triple camera setup on the rear, however, with different orientations. This triple camera, howbeit, is not so much of a new discovery, a previous report from Phonearena, based on a tweet from the infamous leakster Evan Blass (@evleaks) divulged into the topic earlier this month. They together suggest the upcoming Leica-co-developed triple camera sensors to pack an overall of 40 megapixels and 5x hybrid zoom, which will probably be combined with other Huawei camera sensor capabilities. Although this camera set up sounds extraordinary on paper, there is definitely no guarantee of it living up to the standards, nevertheless, Huawei has a good track record of producing quality camera sensors. There’s nothing but to allow the mystery to unwind itself.

Observing the leaks further, we notice how all the phones share a similar design language overall. The Huawei P20 and P20 pro appear to house a fingerprint sensor on the front, below the display, while the triple camera set up lays on the top of the back, horizontally on the P20, whilst vertically on the P20 Plus; both the setups are aligned towards the left nonetheless. These two devices will either differ in sizes, their internals or both. Coming to the P20 Pro, here we notice a top-notch (pun intended) larger screen-to-body ratio and a notch on the top of the display, akin to the iPhone X, but smaller. And the most important factor – the P20 Pro like triple camera setup now moves to the center to house the fingerprint sensor at a comfortable position, unlike uncle Sammy‘s effort-demanding one.

These phones are expected to launch with the new Kirin 970 chipsets manufactured in-house by Huawei. However, the P20 Pro or the P20 Plus model can be expected to feature an upgraded Kirin 975 processor as well. And following the smartphone trends, one can hope to see a minimum of 6GB of RAM and 64GB of storage. All of these handsets are expected to launch at the Mobile World Congress (MWC) 2018. But however promising and exciting these leaks may appear, do keep in mind to take them with a pinch of salt.