Most people might be aware that Microsoft makes hardware in its lineup of products under the Surface name. However, they are much underrated in the tech community and those who have used them say that they are quite great in comparison to hardware from Apple and others.

This is also because the software+hardware integration that Apple can do on its Macbook lineup can be done by Microsoft as well since it runs Windows OS. This is why we also see people saying that the best experience of using Windows is to be had by using a Surface device. 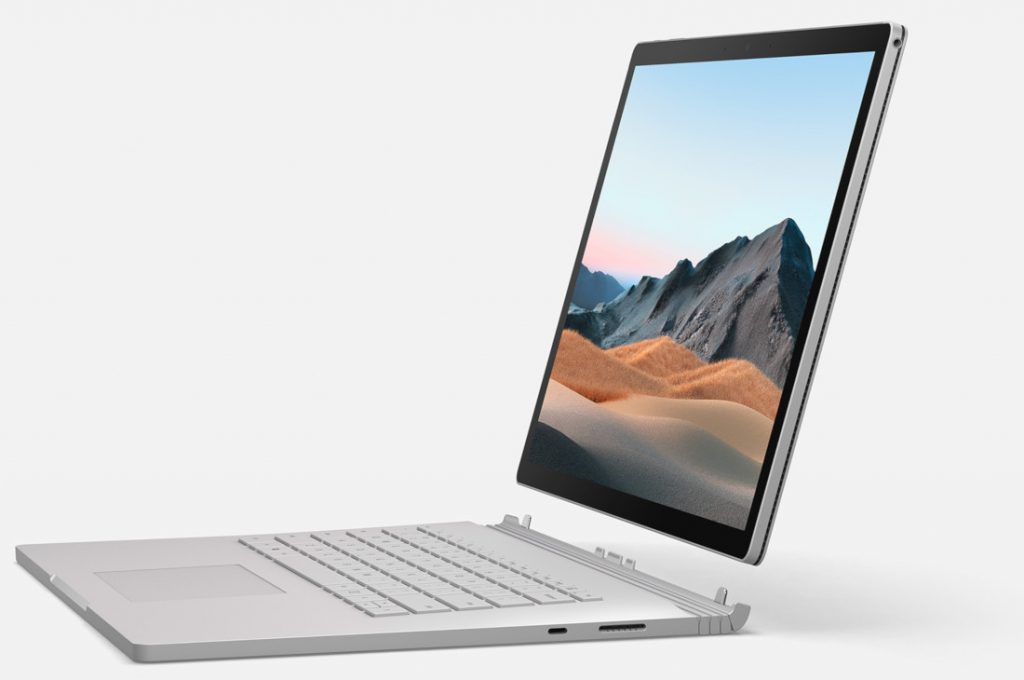 It is also worth noting that these laptops are performance beasts from Microsoft as they come with up to 32GB RAM. You also get options for upgrading the device with dedicated graphics options such as Nvidia GeForce GTX 1650 or 1660 Ti. This means that both the gamers as well as power users will be happy with this device.

The selling point of Microsoft Surface Book 3 is also that you can use it with a dedicated keyboard but it has a detachable top portion that can be converted into a tablet whenever you want. Due to that reason, the Surface Book 3 comes with a rear 8MP camera along with a 5MP front-facing camera. The device comes in 13.5 and 15-inch display variants and starts at $1599 for the 10th-gen Intel i5 processor with Intel Iris Plus graphics.

As of now, Microsoft has made the Surface Book 3 available only in the US with sales starting from May 21. The company does mention that the device will be available in other parts of the world “in the weeks of follow”.