Microsoft has already unleashed a new range of AMD-powered Surface laptops. However, new progress in the story suggests that Bill Gates-owned tech juggernaut Microsoft is working on a new device powered by an AMD processor.

This comes from a 3DMark listing where a mysterious and unidentified Microsoft device arrived recently. The listing did mention that the said device is powered by AMD’s Ryzen 7 4800U processor that was announced at the CES 2020 in January. The unidentified device is thus summoned as Microsoft Surface Laptop 4 although it is alleged and not confirmed yet. 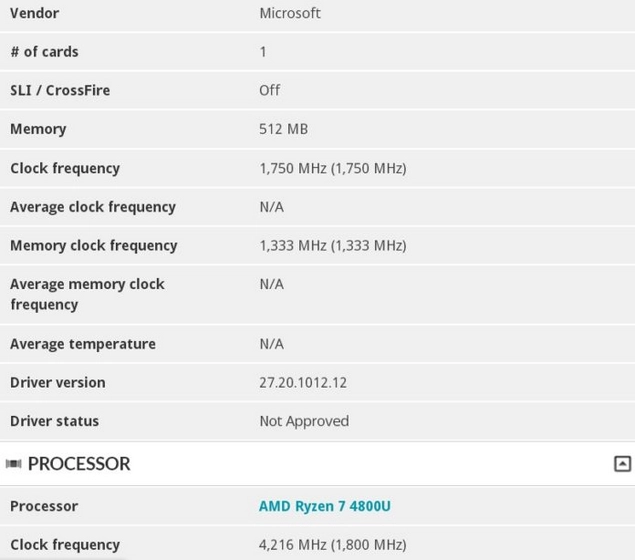 As pointed out by the folks at Beebom, the listing states that the unidentified device has an AMD Ryzen 7 4800U from its all-new Ryzen 4000 series and it is clocked at a whopping 4.21GHz. The Ryzen 7 4800U CPU is manufactured using a 7nm processor with a clock rate of 1.8GHz to 4.2GHz along with a Thermal Design Power (TDP) of 15W. It has eight cores and runs on 16 threads unlike the previous-gen processor aka Ryzen 5 3580U that was integrated on Surface laptop 3.

There’s no doubt the upcoming Surface Laptop 4 will be better than its predecessor thanks to the double-the-processor. If that’s not enough, there’s another news revolving around the upcoming Surface Laptop 4. According to a separate 3DMark listing, Microsoft is trying out Ryzen 5 4500U processor clocked at 2.3GHz with Hexa-cores and a maximum clock speed of 4GHz. It is listed as 0W TDP as per 3DMark. 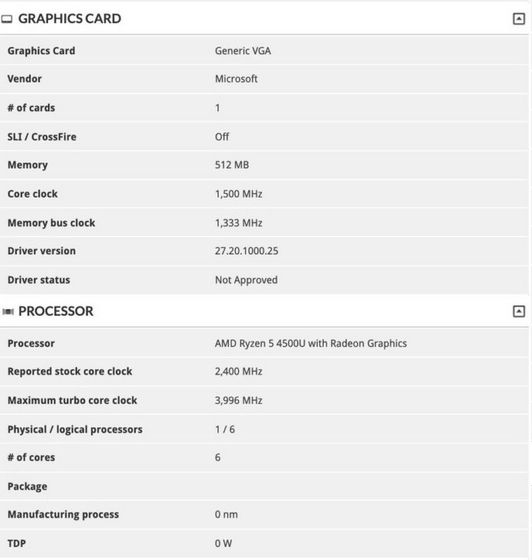