In line with the reports suggesting OnePlus 6 should be out before its usual timeline, the device has now received the Wi-Fi certification, further validating the claims. In a separate leak, the price of the OnePlus flagship has been tipped, which is slightly higher than the OnePlus 5T. Plus, the leak reveals that the device will be announced with three storage variants instead of two that we currently know of. 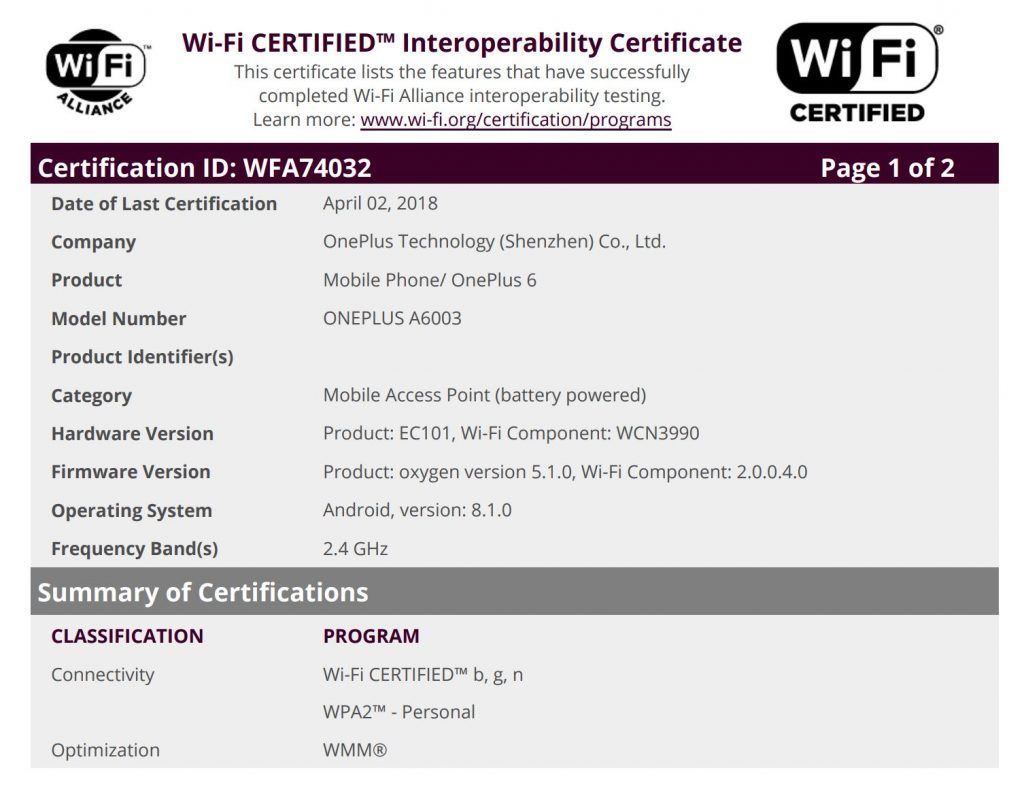 The Wi-Fi Alliance, on the other hand, has certified the phone, confirming its name OnePlus 6 and the model number A6003. The smartphone was certified today (April 2, 2018) and its certificate also reveals a few details other than the names. According to it, the OnePlus 6 will come running Android 8.1 Oreo with OxygenOS 5.1.0 on top. Interestingly, the phone has been certified for a single-band Wi-Fi for the 2.4GHz frequency band, with no support for the 5GHz band.

An alleged case of the OnePlus 6 has also been leaked by the same source that revealed the device’s supposed price. The case is red in colour and has a capsule-shaped vertical cut out to house the phone’s two cameras and fingerprint scanner. Its design is similar to what a recent photo of the OnePlus 6 leaked by Evan Blass revealed. the OnePlus logo can be seen on the case along with the device name. 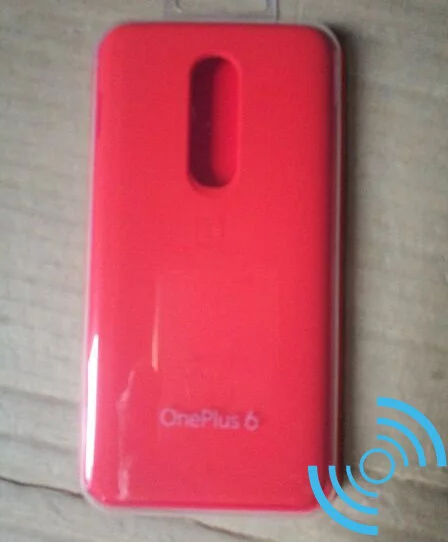 OnePlus usually launches its flagship in June each year, but the things are expected to slightly differ this time. The company has already started to talk about the device’s aesthetics and with it now certified for Wi-Fi, the launch shouldn’t be that far. Certain reports even suggest that the device can be made official in April itself. The OnePlus 6 is expected to feature a Qualcomm Snapdragon 845 processor paired with 6GB or 8GB of RAM. The company officials have confirmed the presence of a display notch while the phone’s design has supposedly been leaked already.