OnePlus 8 Pro was released a month ago alongside OnePlus 8. The OnePlus 8 Pro is made available with Quad Camera setup on the back of the device and the fourth sensor is the Color Filter unit which comes with a “see-through” capabilities. Everyone initially thought the fourth camera is just a gimmick until a few users found that it really works and see-through some thin plastics. OnePlus on Weibo has apologized for this and announced that it would temporarily disable the color filter camera through an OTA update. Now, a new post on official OnePlus Forums, confirm that this see-through feature will be disabled only in Chinese version but will leave it operational on Global versions of the device.

So, by disabling only on the Chinese version means that this Color Filter camera feature will be revoked temporarily on the Hydrogen OS. Oxygen OS on the Global versions of OnePlus 8 Pro will remain unaffected with this OTA Update. It is a huge “letdown for OnePlus 8 Pro users” considering that the update will make it a triple-rear camera device. The Color Filter Camera was marketed that it can apply certain false-color camera filters on the shot, extending it beyond what could be achieved through software filters.

OnePlus on Weibo has announced that it would temporarily disable the Color Filter camera through the update which will be released for Chinese variants in a span of a week and also mentioned that the same will be rolled out to other regions as well. OnePlus’ Staff Member David stated that ” While we think this camera gives users the ability to get more creative with smartphone photography, we also understand the concerns that have been raised. Therefore, we are already working on an OTA that we’ll push out in the coming weeks to offer the Photochrom filter while limiting other functionality that may be of concern.”

David on OnePlus Forum also stated that “We decided to temporarily disable this filter on Hydrogen OS out of an abundance of caution about some false and misleading information circulating on the social media in China. However, we do not plan to disable this filter on Oxygen OS, our global system, so we can focus on bringing the OTA to you as quickly as possible.” Although the device was made available back in April, it was not a serious thing until the last week. It all started when Ben Geskin on Twitter demonstrated how the filter can be used to see through the Apple TV’s plastic body housing.

Lewis from Unbox Therapy recently demonstrated that the Color Filter Camera on the OnePlus 8 Pro could even see through the admittedly thin black T-shirt. The camera is said to work by capturing infrared light which is not visible to the naked eye. Although it has many professional uses, it is kind of useless on a smartphone. “It is silly, low-resolution, and not much better than applying a heavy-handed effect in post. I don’t know why it’s there, and likely neither will you,” said The Verge on their OnePlus 8 Pro review.

OnePlus 8 Pro was launched with a Quad-Rear camera setup on the back of the device. The primary sensor is a 48 MP custom-made sensor by Sony. The secondary unit is a 48 MP Ultra-Wide angle sensor that can capture photos in 120 degrees field of view. The third sensor is the Color Filter Camera unit and the fourth is a 3x optical zoom telephoto camera sensor. As for the other specifications, the device comes packed with the latest Qualcomm Snapdragon 865 SoC coupled with up to 12 GB of RAM and 256 GB of UFS 3.0 storage. The device runs Android 10 out of the box with a feature-rich Oxygen OS on top. All this is powered by 4,510 mAh battery and comes packed with OnePlus Warp Charge 30W which can charge the device from 0% to 60% in just 30 minutes. 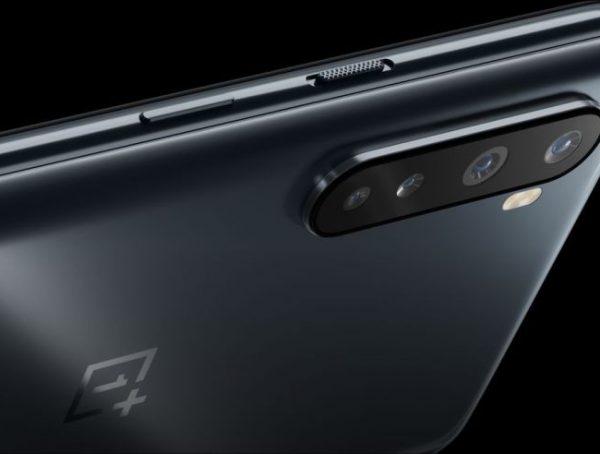