With the launch date nearing, we are seeing quite a lot of leaks and speculations around the upcoming Galaxy Fold 2. The device is expected to launch during the Galaxy Unpacked event alongside the Galaxy Note 20 series, Galaxy Tab S7 series, Galaxy Flip 5G, etc which is taking place online on August 5. The previous reports suggested that the Galaxy Fold 2 will have a notch as well as a pinhole. Now, according to a new render posted by a Samsung Insider, the upcoming Fold will not have a notch making the design look clean but comes with a slightly off placed camera.

The image was posted by Ice Universe on Twitter and the image shows a very tiny punch-hole display camera cutout on the top right of the device. As you can see, the camera here is not placed on the corners or neither towards the center making it look awkward. But if you clearly observe the device, it is understandable why Samsung has to opt for an off-placed selfie camera. 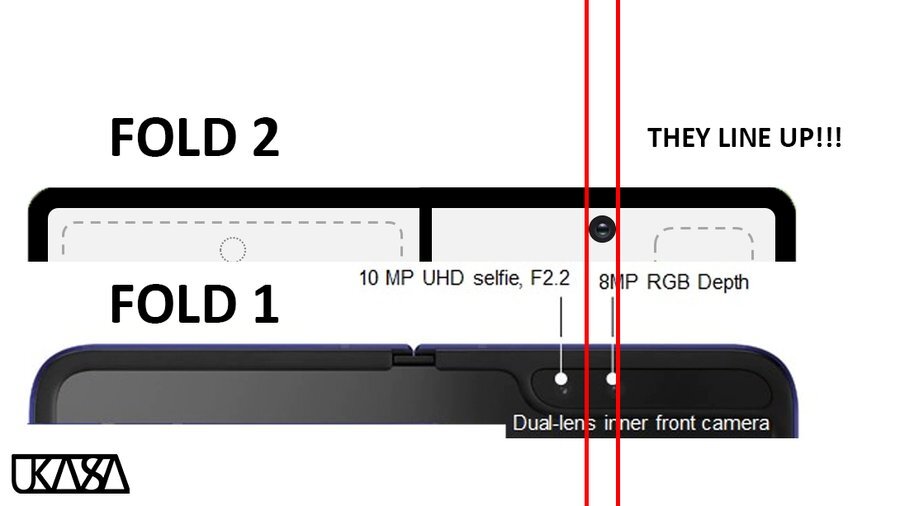 Image Credits: @mdukasa on Twitter. An image comparing the camera placement on the original Galaxy Fold with the Alleged Fold 2

A center punch hole is near to impossible given that’s where the hinge will be located. Completely cornering the front-facing camera here is also not possible either considering that would place the selfie camera directly behind the main camera setup. Similarly, moving the punch-hole to the left corner would put it behind the outer camera. 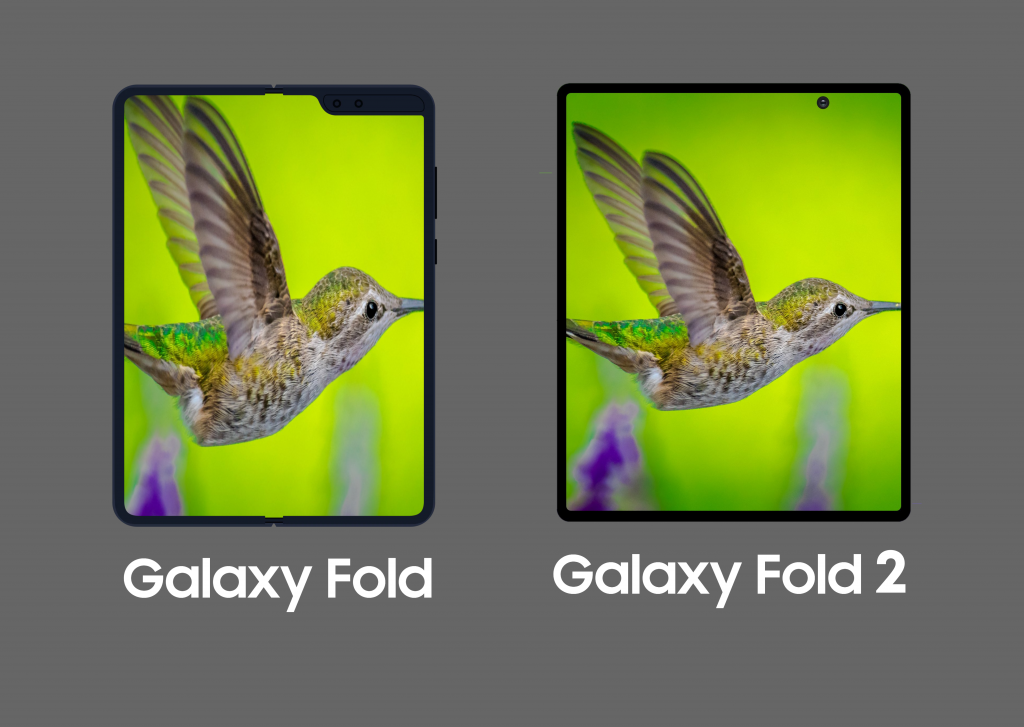 As a matter of fact, the selfie camera’s position was not even changed when compared to the original fold side by side. The implementation here is inarguably the best what they can do given the current technological limitations. Although most of the people might not like the design here, it is still better than the original Fold which came with a chunky bezel and also lesser screen real estate than Fold 2. Next year Galaxy Fold 3 will have a much tech packed in with sturdier display and S Pen support too, as the company is closely working with Corning. Moreover, Samsung is also working on in-display camera technology for quite some time now, so next year we can expect a Galaxy Fold with this tech packed in. Maybe 2021 is a year for in-display camera devices as Huawei is also working on two devices with the same technology.