Tecno has mainly focused on entry-level and mid-range smartphone categories in emerging markets like India, Indonesia among others. Well, it’s high time that it grows with a flagship cadre of smartphones and for that, it just announced Phantom X under its sub-brand Phantom that will deal with premium devices.

The Phantom X is the debut smartphone with impressive camera hardware on the back and the front. Here’s everything you need to know about the device.

The device has a 6.7 Super AMOLED display with a dual punch-hole cut-out on the top-left corner. It has a 1080p+ resolution and comes with a 60Hz refresh rate which is 50 percent greater than what other smartphones with a 60Hz refresh rate offer. There are also curves on the sides which makes Phantom X through and through a premium-looking device. Finally, there’s a Corning Gorilla Glass 5 on top and at the back for protection against falls. 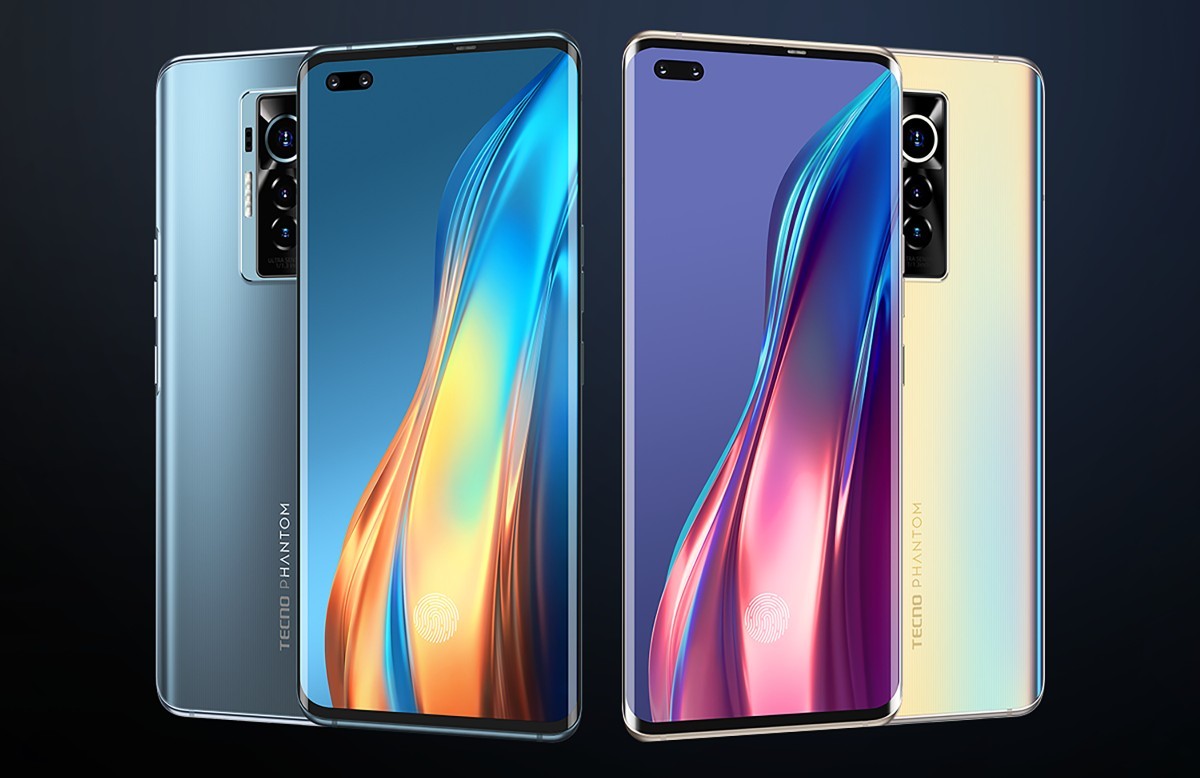 Tecno has embedded an under-the-display fingerprint scanner that you can use to unlock the phone in 0.4 seconds as advertised by the company itself.

About the powerhouse, the device packs in a MediaTek Helio G95 SoC made on a 12nm node. It comes with Mali-G76 MC4 GPU along with 8GB RAM and 256GB of internal storage. Interestingly enough, there’s a vapor chamber cooling system mounted on Phantom X that has been advertised to lower the temperature by 3 to 5-degree Celsius. Finally, the device runs on Android 11-based HIOS 7.6 out-of-the-box.

The Tecno Phantom X is being marketed as a smartphone focused on photography. That is where its triple rear camera setup comes into play. Stacked vertically in a rectangular bump right at the middle, there’s a 50MP primary sensor with a humongous 1/1.3-inch sensor and 1.2micron native pixels that use pixel binning technology to grow to 2.4micron. It also comes with Laser AF and Dual Pixel and an aperture of f/1.85. 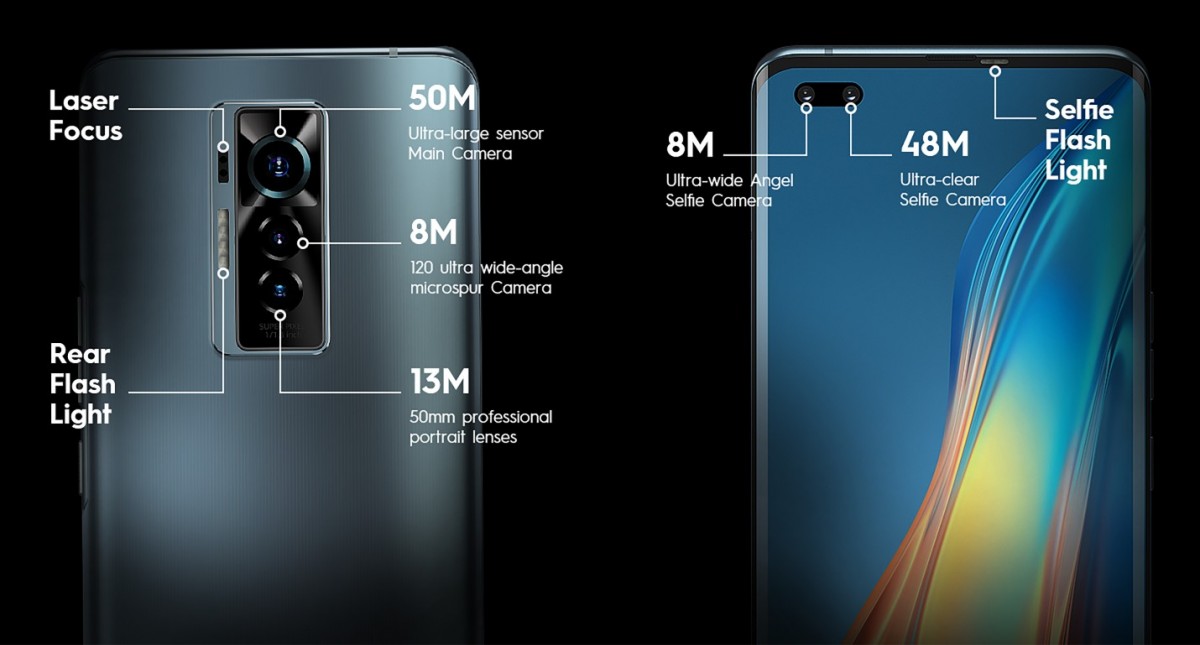 You get a 13MP telephoto secondary camera with 2x optical zoom and has been termed as a portrait camera. It has a 50mm equivalent lens on top. Finally, there’s a 13MP ultrawide snapper with a 120-degree field of view (FoV). Finally, there’s a quad-LED flash on top and that’s pretty much all about the rear camera setup. Unlike other brands, there’s no fancy AI camera and other marketing gimmicks on Phantom X.

There’s a dual front camera setup. It houses a 48MP primary selfie shooter with an 8MP ultrawide snapper that has a 108-degree FOV. As said, Tecno Phantom X has one of the most impressive camera specifications at least on paper.

Finally, there’s a 4,700 mAh battery pack under the hood that should be able to give you at least a day and a half of battery life with ease. There’s a 33W fast charging on-board that will juice up the battery from 0 to 70 percent in just 30 minutes.

The phone is available in a single 8GB+256GB storage option and Monet’s Summer and Starry Night Blue color options. However, its pricing is still under warp and thus, we will have to wait for pricing to be officially revealed. A popular website did mention that the device could fetch a price tag of Rs 18,999/- although take it with a pinch of salt. 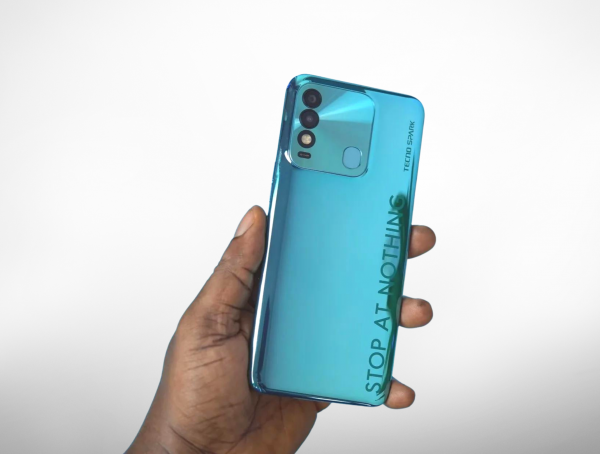 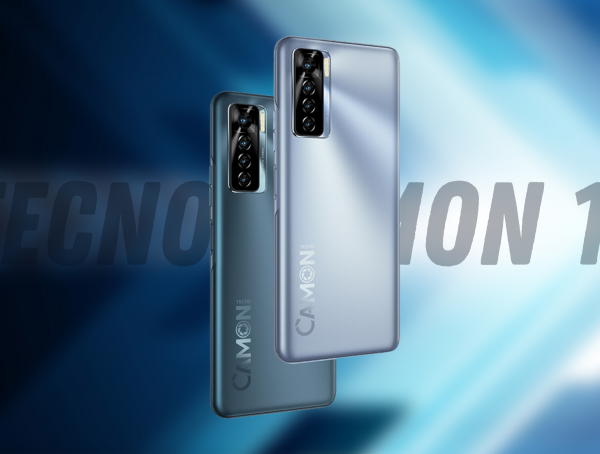