Vivo’s gaming-oriented brand, iQOO, is back today with a new launch and it’s a 5G variant. iQOO launched the much-anticipated iQOO Pro in two trims i.e. 4G connectivity and 5G connectivity while all the specifications remain the same under the hood.

About the iQOO Pro specifications, both the standard and 5G model packs in a 6.41-inch Super AMOLED display with a 1080×2340 pixels resolution along with a waterdrop-shaped notch sporting a 12MP selfie snapper with an aperture of f/2.0. The device comes with a triple camera array arranged in a vertical slab on the right side with a primary 48MP snapper with an aperture of f/1.79 alongside a 2MP depth sensor and a 12MP ultrawide sensor in the middle of the trio. 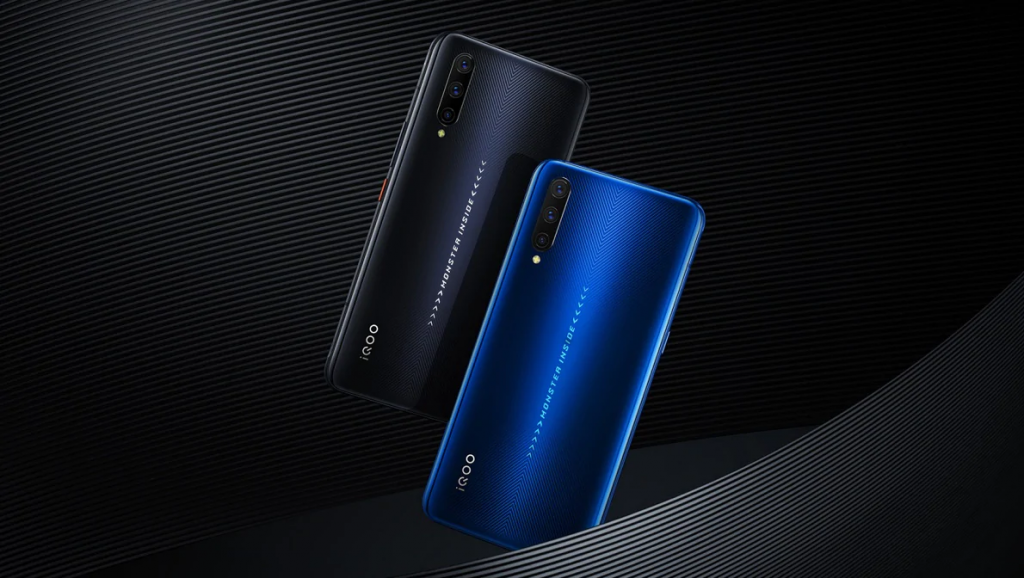 Both the devices run on Qualcomm Snapdragon 855+ that the San Diego-based chipmaker launched recently as an enhanced version to Snapdragon 855 SoC that brings a 15% increase in the graphics department while the device hits a 4% increase with the overclocked CPU which is a considerable improvement, citing the fact that Snapdragon 855 is currently the fastest SoC in the Android smartphones across the globe. Finally, the device has a humongous 4,500 mAh battery backed with a 44W ultra-fast charging that will charge your phone in an hour or so depending upon various factors such as region, temperature, etc.

According to GSMArena, both the phones will run on the latest Android Pie 9 based Funtouch 9 that will allow the users to get more features over the stock Android.