Vivo V15 Pro Shimmers in This Leak; To Launch in India on Feb 20

Chinese manufacturer Vivo has announced the launch of Vivo V15 Pro, the world’s first smartphone with the largest 32MP pop-up camera. The device is set to unveil on February 20 on Amazon exclusively between a price range of Rs 20,000/- to Rs 30,000/- although Vivo has officiated the price tag yet.

A recently leaked photo gives stunning details of the back panel of Vivo V15 Pro resembling a periscope. It has a triple-camera array assembled in a vertical position attached to the top bezel. Plus, the device has a pop-up selfie camera using a motorized mechanism that swiftly pops in and pops out with any hassle. 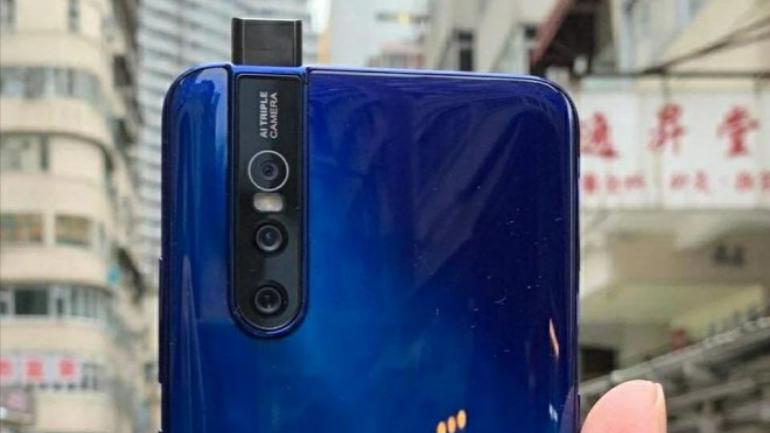 The rear camera has a triple camera array including a 48MP main sensor coupled with an 8MP secondary sensor plus a 5MP ToF depth sensor that makes it one of the biggest to click outstanding photos in portrait mode. On the contrary, the front has the world’s largest 32MP Samsung GD sensor mounted on a motorized mechanism tested for its agility and resistance against any unwanted pressure or force that people might apply to dismount it.

Speaking about the specs sheet, Vivo V15 Pro which is launching alongside Vivo V15 sports a 6.39-inch FHD+ Super AMOLED display with tiny bezels around the edges and an under-the-display fingerprint scanner for secure FP recognition system.

Further, we will get Snapdragon 675 octa-core SoC with 128GB internal storage and 6GB RAM although there is an 8GB RAM variant available too but not in India at this moment. Finally, the device is powered by a 3,700 mAh Li-Po battery and it is overall cased in a glass sandwich device bearing glass back and a front glass panel secured by an unknown Corning Gorilla glass which is a sure deal with smartphones nowadays. 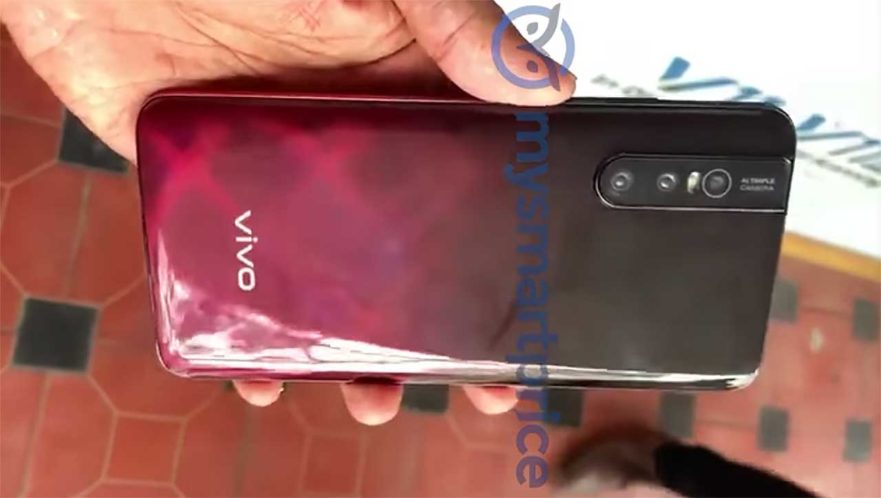 Other things that we know about the upcoming Vivo V15 Pro is that it will run on Android Pie 9.0 with a possible upgrade to Android Q later this year. Its rear and front camera have AI capabilities to enhance images. As the photos convey, the Vivo V15 Pro shimmers in its brilliant blue gradient, however, we have already seen a similar device with black and red hues too which means there could be at least one or at the most, three color variants available with it.

Aamir Khan, brand ambassador for Vivo India teased the Vivo V15 Pro in a commercial that you can check out here. Note that the device will be up for pre-orders on February 20 only on Amazon.