Talking about the availability, the first sale for both the units is planned for October 15 as its first flash sale. Pre-registrations have already started.

When it comes to the specifications, both smartphones share quite a few specifications. The display tech is the same with a 6.67-inch Samsung E4 AMOLED panel boasting an FHD+ resolution. The display has a punch-hole at the center and boasts a 144Hz refresh rate with a 720Hz touch sampling rate.

Moving on, the devices use UFS 3.1 storage with SSD chips in RAID setup for faster reading and writing speeds than any other smartphone in the market available at the moment. The devices have a max of 512GB of storage and up to 16GB of RAM depending upon which trim you select.

The Pro variant uses a Snapdragon 888+ SC under the hood; the Black Shark 4S uses a Snapdragon 870 SoC both with 5G capabilities. There’s a 4,500 mAh battery sitting under the hood paired with 120W fast charging and unlike many other brands, Xiaomi has kept the charging brick inside the retail box for sure. Finally, both the devices run on Android 11-flavored JoyUI 12.9 which is an MIUI 12.5 with gaming chipsets and aesthetics. It goes without saying, both the devices are paired with advanced liquid cooling tech that enables sustained performance when gaming. 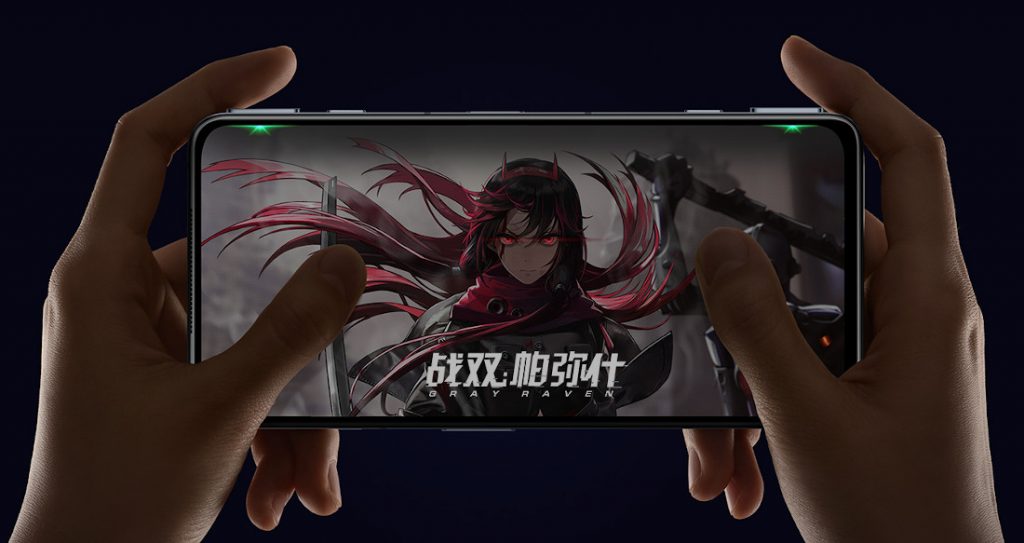 When it comes to the optics which isn’t a strong suit for gaming phones, the 4S still uses a 48MP primary sensor while the Pro variant uses a larger 64MP sensor. It is paired with an 8MP ultrawide and a 2MP depth giving both the devices a triple rear camera setup. The front, on the other hand, has a 20MP selfie camera.

There’s a Gundam Edition for the non-Pro variant which has good-looking blue and red-colored shoulder keys along with a well-designed back panel, and unique themes on this variant. The Pro model, on the other hand, comes with a neon green colored LED light.