Xiaomi Mi A2 clubbed the best of specs with Android One branding that made it a must-have if someone is looking for a Xiaomi smartphone. Well, indeed the phone will have a successor since a similar phone has appeared on the web and it is driving Xiaomi enthusiasts crazy for sure.

According to an FCC listing, a phone with model number M1906F9SH has appeared revealing its back panel with a triple camera setup arranged in a vertically stocked camera bump with a 48MP AI camera branding along with Android One label that can be seen on the back panel as well.

Since Xiaomi Mi A2 and Mi A2 Lite were both Android One smartphones, the probability of this render to be of Mi A3 series is particularly high. Note that there is no rear-mounted fingerprint scanner which has become the norm today. This means that either Xiaomi is working on Mi A3 series with an in-display FPS or a front-mounted FPS will dominate on both the smartphones as well. 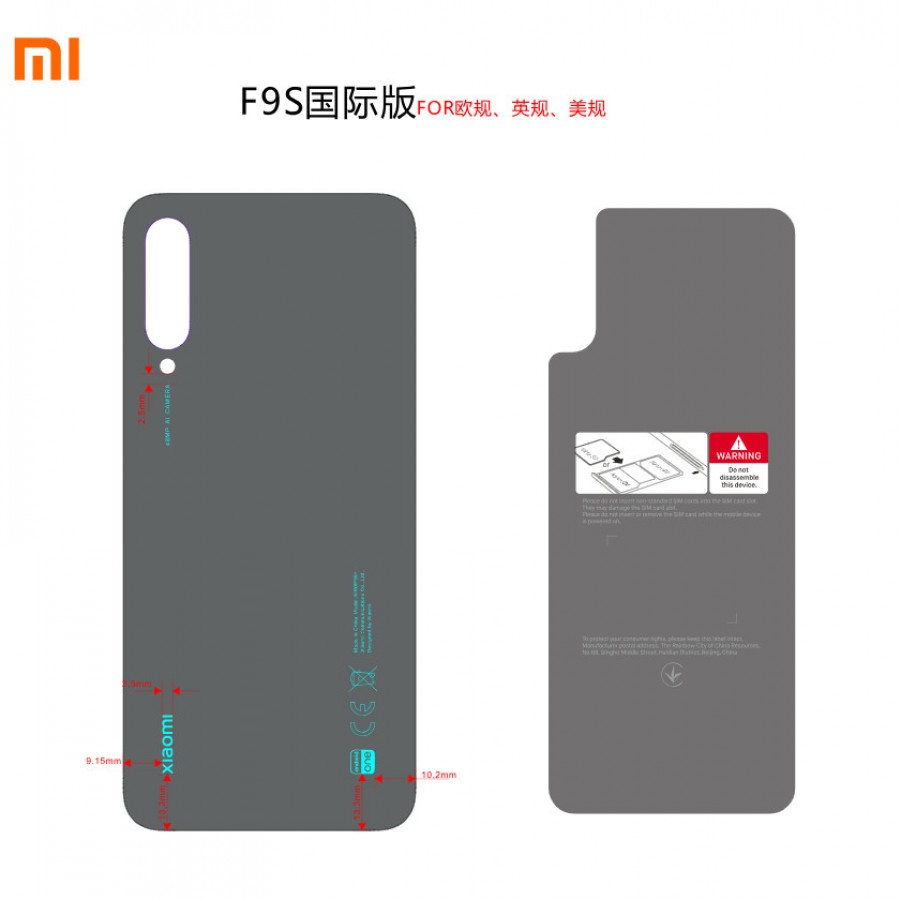 More importantly, Android Authority mentioned that a so-called TENAA listing with the model number M1906F9SC appeared last month which resembled the specifications of Xiaomi Mi CC 9e so it is safe to assume that Xiaomi could be working on both Mi A3 and Mi A3 Lite based on Mi CC 9 and Mi CC 9e respectively.

If that turns out to be true, we could expect Xiaomi Mi A3 to horn a Snapdragon 710 octa-core processor backed with 6/8GB RAM and 64/128/256GB of internal storage. Xiaomi Mi CC 9 sports a brilliant 6.39-inch Super AMOLED 1080×2340 pixel resolution display with Corning Gorilla Glass 5 protection. It also features a single 32MP front and a triple 48+8+2MP rear camera setup.

On the other hand, if Mi A3 Lite is based on Mi CC 9e, it could sport a slightly smaller 6.01-inch Super AMOLED display with a screen resolution of 720×1560 pixels along with Snapdragon 665 octa-core processor on-board along with 4/6GB RAM and 64/128GB of internal storage. Finally, we could expect the same 48+8+2MP sensor as seen on both Mi CC 9 and Mi CC 9e along with basic specifications.

Xiaomi is going to unveil the Xiaomi Mi CC9 and Mi CC9e this month where we could get to know how this new lineup fairs when compared to others offered by Xiaomi and its rivals.

Apart from Xiaomi Mi A3 series, Xiaomi’s Product Director Wang Teng posted on Weibo about Xiaomi Mi Mix 4 as it will feature a better 64MP sensor than the Samsung ISOCELL Bright GW1 sensor after it posted the same.