Admit that Samsung Galaxy S9 has one of the beautiful display thanks to its curved edges along the left & right bezels. Well, now think about a smartphone with curved displays that run through its circumference that is all four sides. This is something Chinese manufacturer Xiaomi is working on at least what it seems like in the patents filed at the World Intellectual Property Office (WIPO). 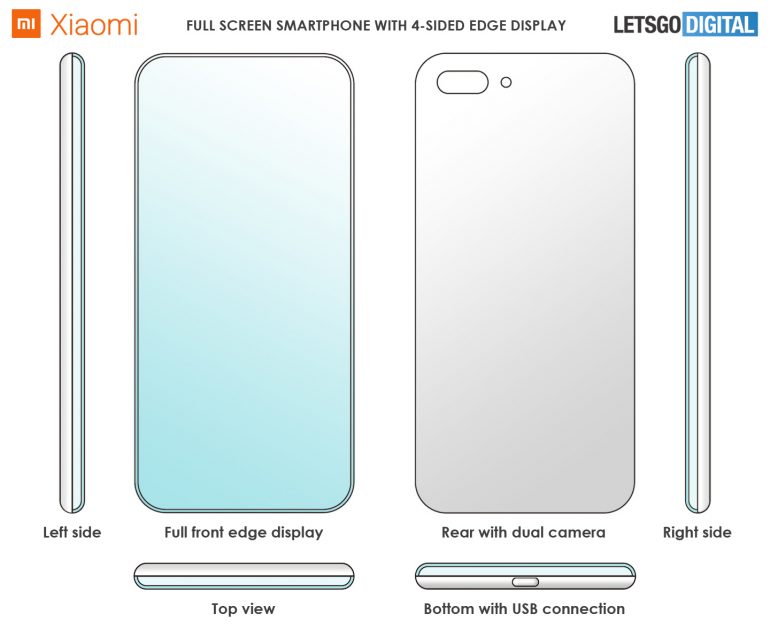 WIPO published a patent for Xiaomi’s futuristic design which clubs Samsung Galaxy S9’ curved edges and drops all four sides into a beautiful and symmetrical curved edge with no visible buttons. The edges are curved almost half the thickness of the device which is commendable and enticing at the same time.

Based on the design patent and the vague description that follows, Xiaomi’s latest full-screen all-sides curved design has no physical buttons and not even a front-facing camera. Although it has a dual-camera setup at the back accompanied by a flash, it remains a question if Xiaomi is planning to include an under-the-display selfie snapper or eliminates it altogether. 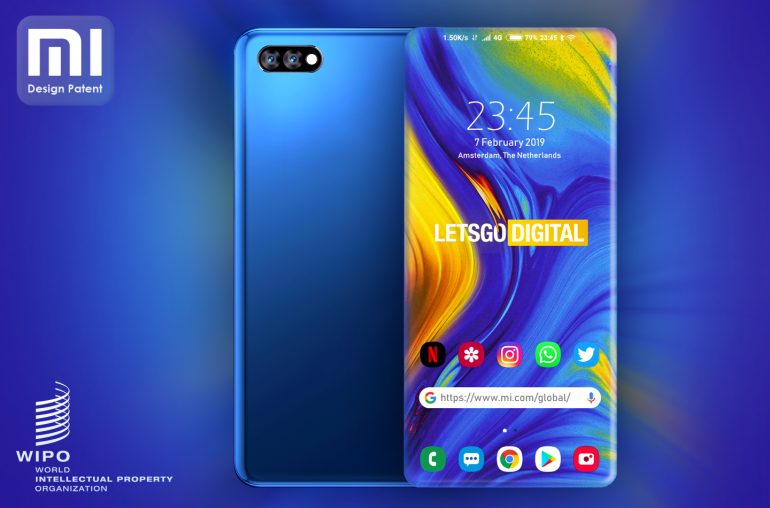 The back panel reveals that there is a no physical fingerprint scanner as well which means Xiaomi will opt for an under-the-display fingerprint scanner. Unfortunately, there is no headphone jack and even speaker grilles but a small USB Type-C port at the bottom. The overall design kinda gives a vibe of a full edge-to-edge display with no speaker grille or other sensor and almost negligible bezels thanks to the curved edges.

This is surely a great prospect when it comes to innovation by a company hailed as the largest in China and India, and at the fifth position in Europe with 5% market share and the count is growing at an unimaginable pace. We are still not sure if the design means that Xiaomi will launch such a device or it has patented it to prevent any other brands of copying the same.

Xiaomi will be present at the MWC 2019 to be held in Barcelona between February 25 to 28 where it will showcase Xiaomi Mi Mix 3 5G among other smartphones in the making.