OnePlus has finally introduced us to its new lineup of smart televisions in India under the U-series and Y-series. The Chinese smartphone maker introduced its first-ever lineup of smart TVs last year namely OnePlus TV Q1 and Q1 Pro both with state-of-the-art hardware configurations. With the new series, OnePlus has streamlined many features that the three newly launched sports apart from a few differences.Accordingly, there’s an OnePlus TV 32Y1, OnePlus TV 43Y1, and OnePlus TV 55UI.

Talking about the highest iteration in the newly launched lineup, OnePlus TV 55UI comes with a thickness of 6.9mm at its thinnest point. It is made up of two pieces i.e. metal body frame and carbon fiber bottom that made it the last year’s Q1 series as well. It sports a 95% screen-to-body ratio which is unbelievable as there are tiny bezels around the edges and that’s it.

The 55Ui sports a 55” 4K LCD panel with 93% DCI-P3 wide color gamut that is powered by the all-new Gamma Engine. It is an LCD panel, unlike the QHD panel that was otherwise speculated before OnePlus launched the new smart TV. The OP TV 55UI is equipped with Dolby Vision and Dolby Atmos for better visuals and sound experience on-board. Moreover, it is equipped with 30W speakers with two full-rangers speakers and a set of two tweeters that produce an immersive experience like never before.

The smart TV comes with Android 9 TV with a bunch of apps pre-installed along with OnePlus Connect which is a cross-platform app for connecting the phone and the smart TV. There’s Oxygen Play with the smart TV which is a hub of all the content you would need. It includes Kids Mode and monitoring, eye protection, app permissions, etc. As per what OnePlus teased, OnePlus TV 55UI is available for INR49,999/- or $668. 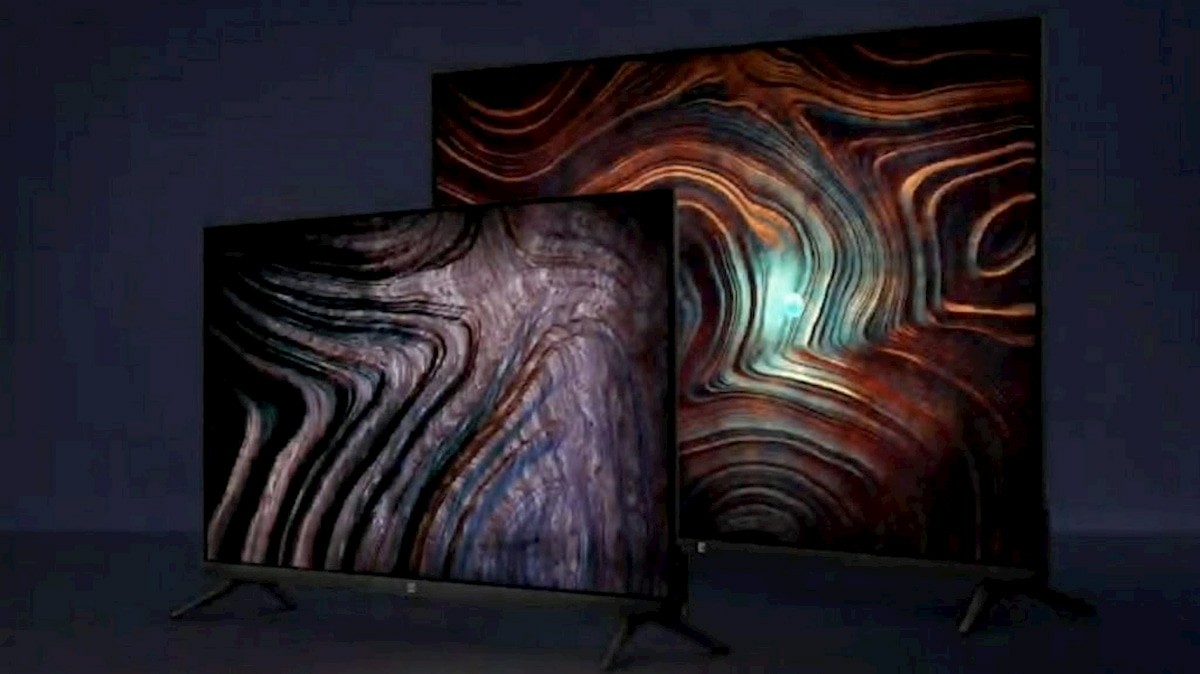 Talking about the other two smart TVs, both are part of how they are named. The OnePlus 32Y1 TV is a 32” LCD panel boosting 1920×1080 pixel resolution while the model 43Y1 is equipped with a 43” LCD panel with a 1366×768 resolution. Both the televisions have displays with 93% DCI-P3 wide color gamut and come with its armamentarium of apps like Prime Video, Netflix, YouTube among others. The company has itself premium all the new models with a larger screen-to-body ratio with slim bezels on the sides.

Talking about the pricing of these two models, the smallest budget-friendly 32Y1 arrives at a price tag of $174 or INR12,999/- while the larger 43” TV arrives at $307 or INR22,999/-. OnePlus had already teased the tentative price on its Twitter handle a few days ago.

All the three models will be available for purchase on July 5 on Amazon India and it will soon arrive on OnePlus retail stores as well.