Google’s Android Go program seems to be taking off lately with quite a few brands coming onboard. A new report has surfaced suggesting Asus to be the next smartphone maker to launch a low-cost phone based on the Android Oreo (Go Edition) platform. The phone paid a visit at Geekbench website where it was found listed with Android 8.1 Oreo.

As per the listing, the phone carries a model number X00RD with some of its specifications also being mentioned. The memory of the phone is 874MB, indicating 1GB of RAM, while it is powered by the MSM8917 processor, better known as Snapdragon 425, as per this listing. Moreover, the listing doesn’t explicitly say if the phone will indeed be a part of the Android Go program, but it might turn out to be true based on the Android version it is powered by. 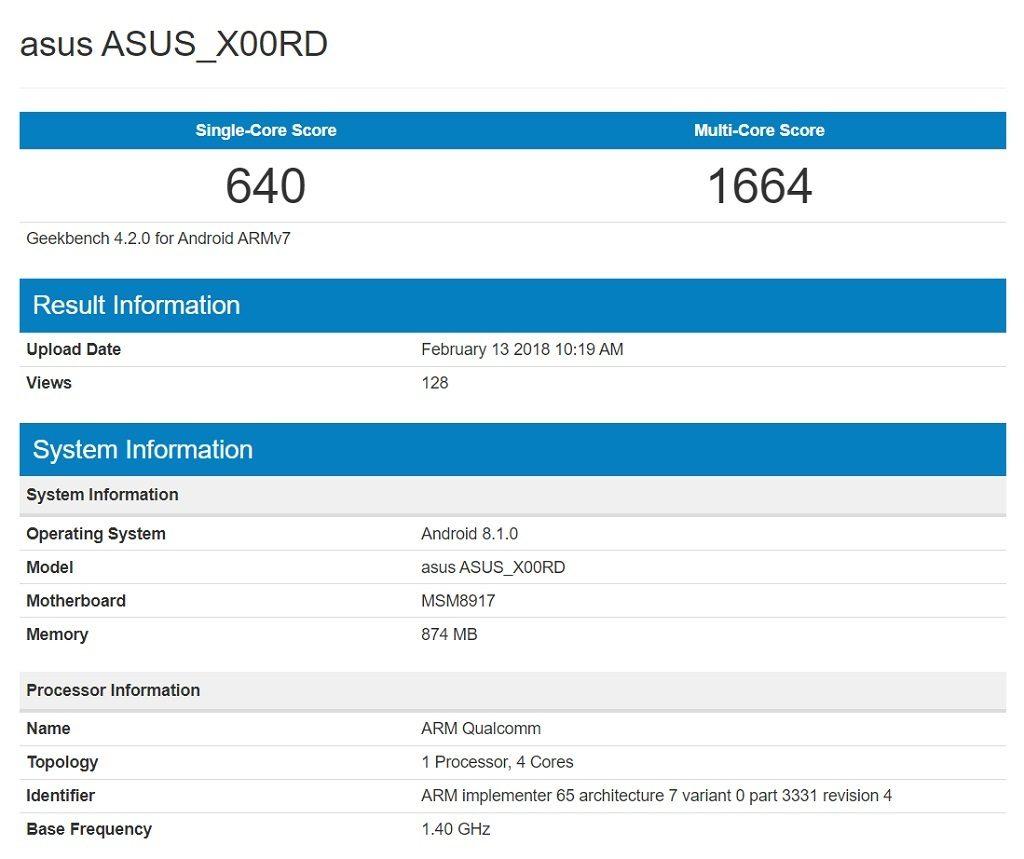 The test scores of Asus’s Android Go smartphone are nothing to rave about and they are supposed to be that way. With Android Go program, Google isn’t planning to bring smartphones with the best hardware, instead, it will try to provide a better user experience on smartphones with minimal hardware capabilities. The program is targeted at the developing countries where people are switching to smartphones from their feature phones.

Also Read: Does Android Go mean the end of Android One?

Asus already has an event planned for the coming MWC 2018, where the company will refresh its Zenfone-series for 2018 with at least three Zenfone 5 devices, as per the rumours. With the phone being tested in Geekbench, it is likely that the company will launch this entry-level phone soon. Besides Asus, Nokia, Micromax, and Reliance Jio have been reported to be developing Android Oreo (Go Edition) smartphones for the entry-level segment.