A day before Asus ZenFone 7 goes live in Taiwan, a retail box image has leaked online carrying some information about the upcoming flagship device. The image posted on SlashLeaks states that ZenFone 7 will arrive with a 6.67” FHD+ display and it that is true, it squashed the current speculations that the display is at 6.4”. Moreover, it was earlier reported that ZenFone 7 will not use AMOLED and instead it will rely on an IPS LCD panel manufactured by BOE. Furthermore, the display will have a standard 60Hz refresh rate instead of going for a 90Hz or 120Hz. Some of these details were found in the kernel source of ROG Phone 3.

The retail image also puts a mark on the processor that the phone will use i.e. Snapdragon 865 clocked at 2.84GHz. It is paired along with 8GB of RAM and 128GB of internal storage although other storage configurations will be available with it too. 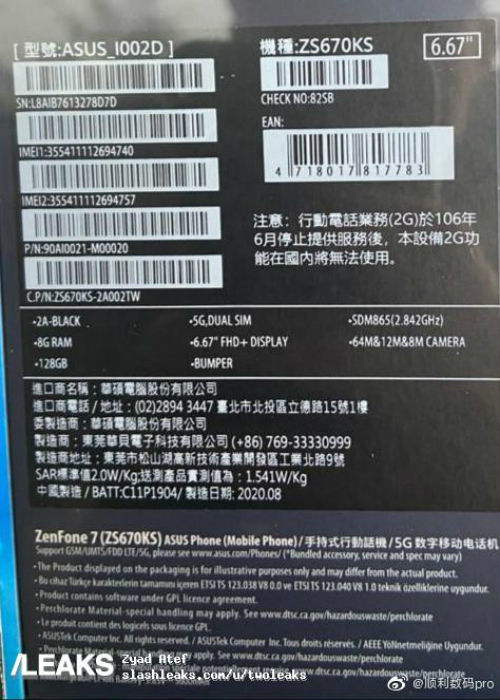 Talking about the optics, the phone packs in a triple camera setup with a primary 64MP sensor, 12MP secondary ultra-wide-angle Sony IMX363 sensor, and a third 8MP camera that was earlier speculated to be a Time-of-Flight (ToF) sensor. A previously leaked live image of the supposed ZenFone 7 showed that the phone will have a flip mechanism for its camera tech. This means the front display won’t have any botch and will deliver a fully immersive viewing experience without any obstructions.

In the chassis, ZenFone 7 will house a 5,000 mAh battery coupled with Asus 30W HyperCharge technology that should charge the battery in around an hour. The phone will be powered by 5G support and will have Dual SIM as mentioned in the retail box. We couldn’t verify the authenticity of this retail box image and thus, you need to take it with a pinch of salt. 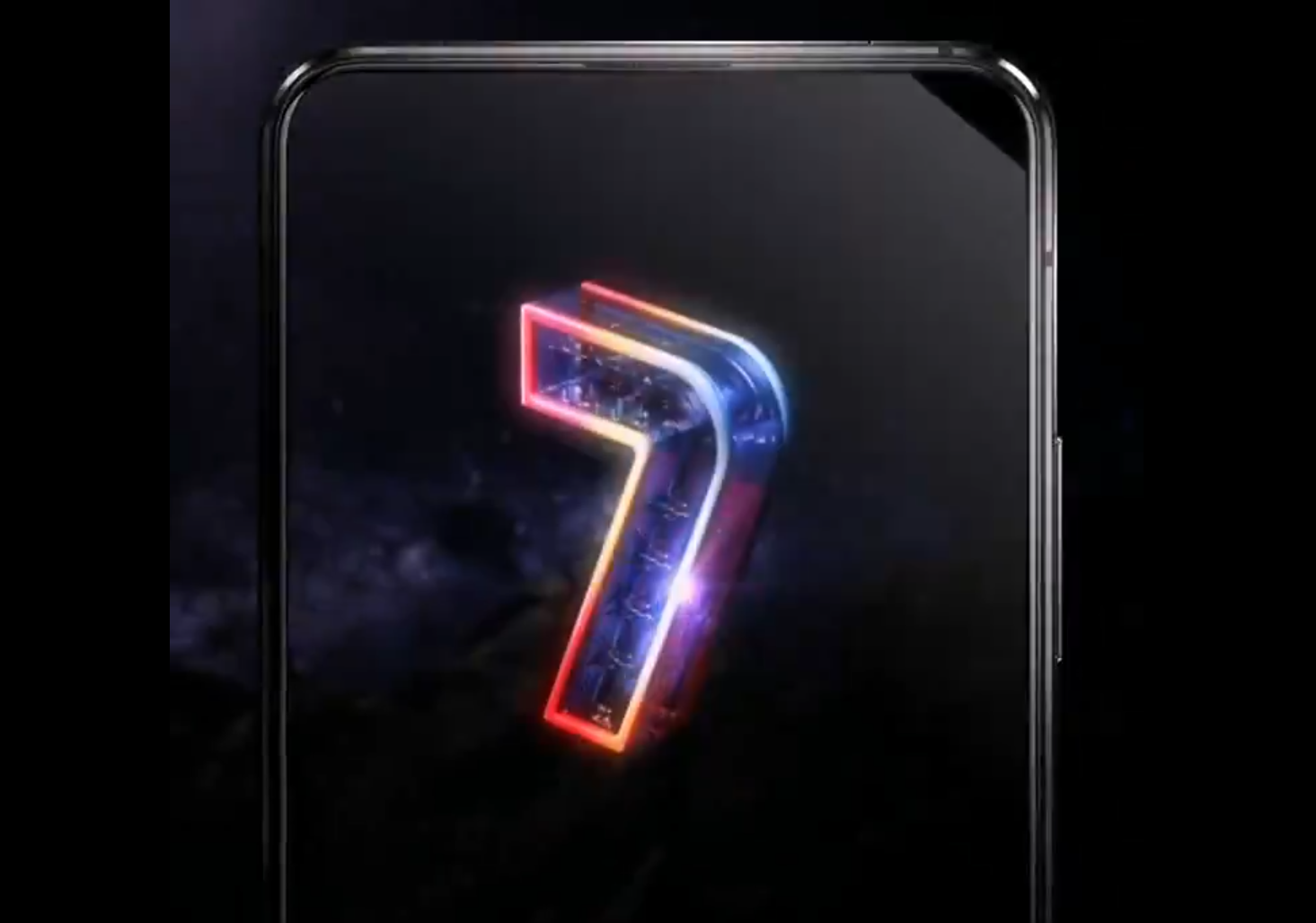 Asus will unveil ZenFone 7 on August 26 so it will be a great show to watch the phone launch succeeding ZenFone 6/6Z.