According to the said reports, the two phones appeared on a listing on Google Play Developer Console which as the name suggests, is a console for developers to submit their apps. Google updates the Console carrying information about its upcoming products so that developers can cover these smartphones for their respective apps and as said, this gives a clear indication towards its imminent rollout.

The Play Developer Console has named ‘Pixel 3a’ as ‘Sargo’ while the ‘Pixel 3a XL’ got the codename ‘bonito’ which as per fish terminology, is smaller than the former. Anyhow, the bits of details as mentioned on these images show that Pixel 3a will carry 4GB RAM along with a 5.6-inch OLED display featuring a screen resolution of 1080 x 2160 pixels where the screen size was determined with the help of resolution and 400 DPI display. Other details that we know so far is that the device will feature a Snapdragon 670 octa-core chipset although Google hasn’t officially confirmed it yet. The report published by 9to5Google also indicates a 3,000 mAh battery and a 13MP single rear camera setup. 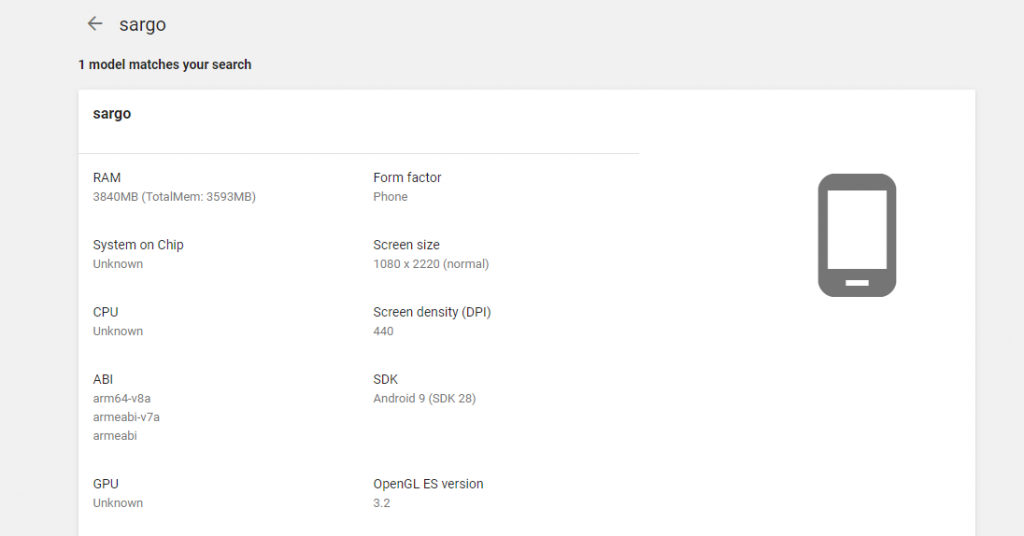 On the other hand, Pixel 3a XL will sport a larger 6-inch display and will run on Android Pie 9.0 similar to all other third-gen Pixel devices as of now. The report suggests “PIXEL_2019_MIDYEAR_EXPERIENCE” that the publication found on its system features list which indicates that Google is opting for a midyear release date while fourth-gen PIxel devices or its successors could be launched in October this year.

Google recently stopped supporting first-gen Pixel devices which means it is unclear whether they will receive Android Q OS later this year or not since they reportedly received beta versions. Anyhow, you can tag along on this website to know more about the progress.